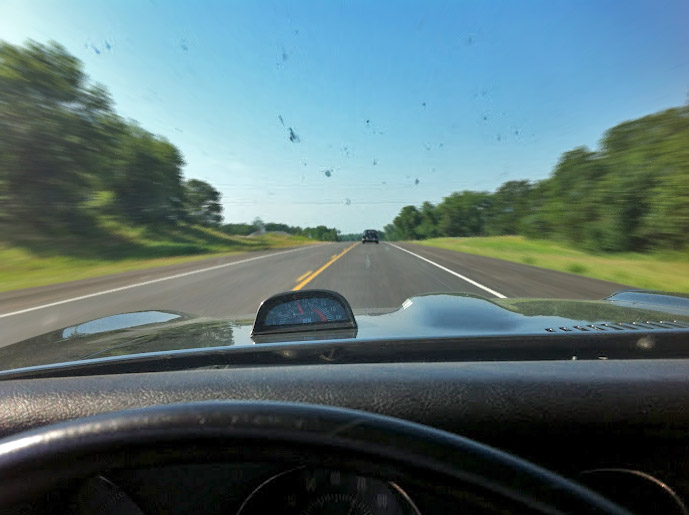 The 2016 edition of the Hot Rod Power Tour will be here before you know it. The dates and cities are set, although some venues are still in flux. Word on the street is that somebody released the Power Tour ad to Hot Rod Magazine a month early so the organizers are scrambling work things out. If you know anything about the Power Tour then you know this kind of ineptitude is par for the course. It’s part of the charm, really. 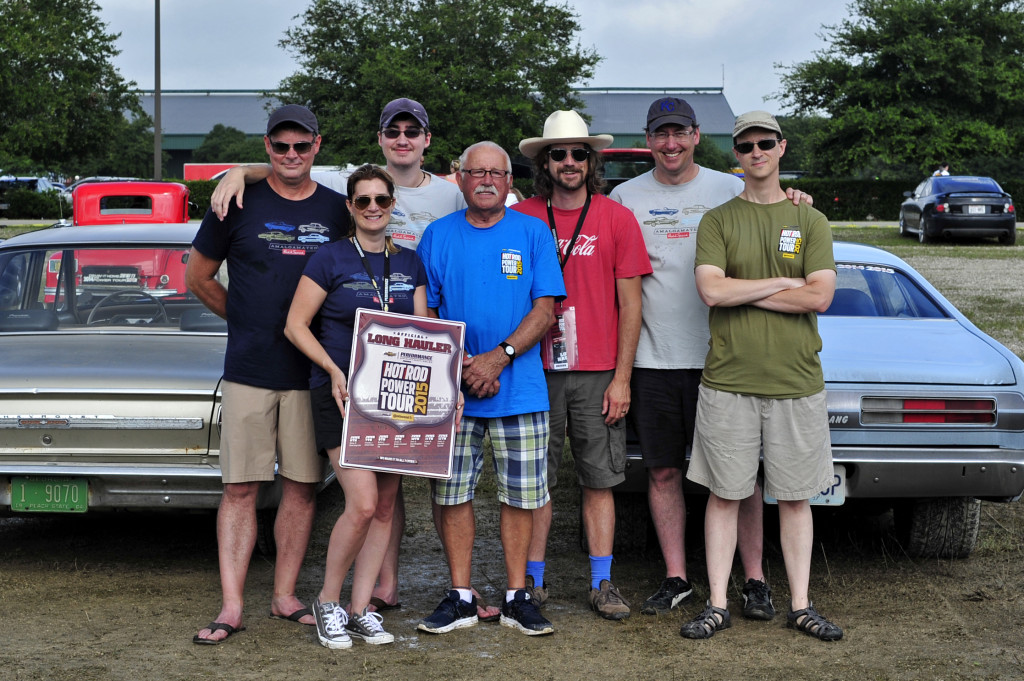 With Power Tour 2015 in the books, Team Amalgamated gathers for one last photo before scattering for home.

Jim and I have participated in the Tour since 2012 when we caught the last three stops in an Expresso Brown 1969 GTO Judge. We’ve been long haulers ever since.

In 2013, we rolled in my purpose built 1972 Plymouth Duster with Gen III hemi power. It will be going for it’s fourth consecutive long haul in 2016. 2014 saw the introduction of Jim’s 440 powered 1966 Charger. That was also the year we started to have an actual crew. Newcomers Michel and Valen set out in a factory big block 1968 Camaro SS convertible, while Cy brough his 1973 Lincoln Mark IV that his grandma bought new. Tim elected to do a practice run as a passenger while his 1963 Bel Air waits patiently. Team Amalgamated was born. 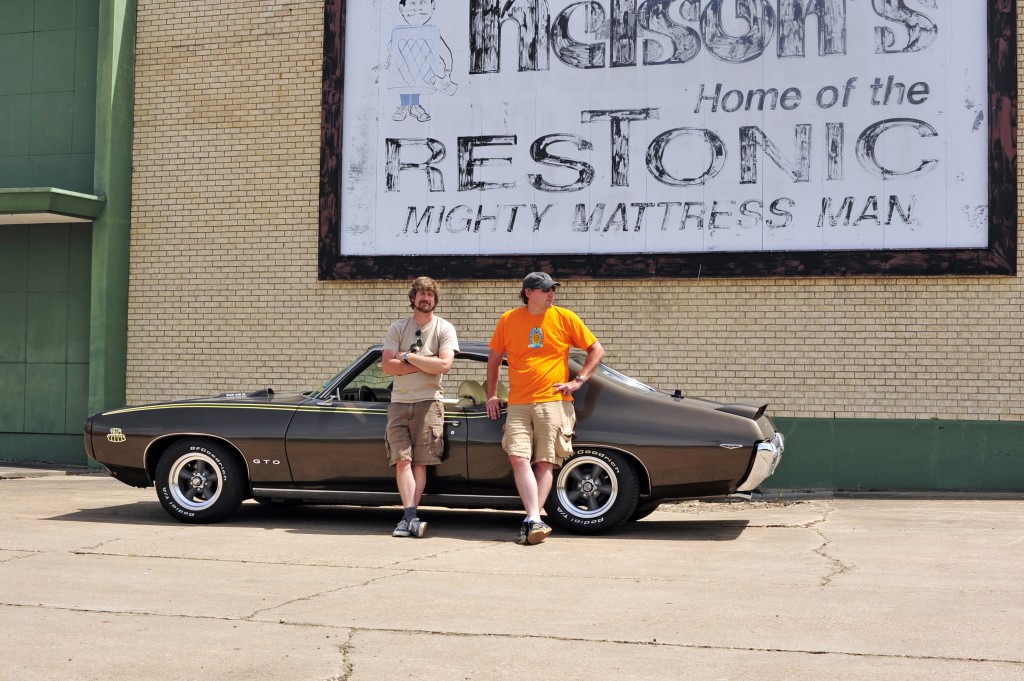 The one that started it all! Jim, The Judge and I take a break with the Mighty Mattress Man in Muskogee, Oklahoma, 2012.

2015 ended up being quite a year, as we gained another car, two more people and a new engine in Jim’s Charger. Work on Tim’s Bel Air had begun in earnest but it was nowhere near ready to go. Not being content to be a passenger again, Tim made a bold move by acquiring a bone-stock 1963 Chevy II with straight-six power just for the tour. It would eventually be dubbed the “Golden Girl” and ended up being the most trouble free car of the group. Jim’s wife, Rachel, couldn’t stand being left behind and came along with her dad, Pete, who flew over from England to soak up this wild example of American car culture. Jim decided to ditch the 440 and installed a 6.4 liter Gen III hemi in the Charger. Ralph was supposed be a part of things but he was still polishing lug nuts in a custom-built, germ-free facility with shiny floors and filtered, climate controlled air with oxygen boost. 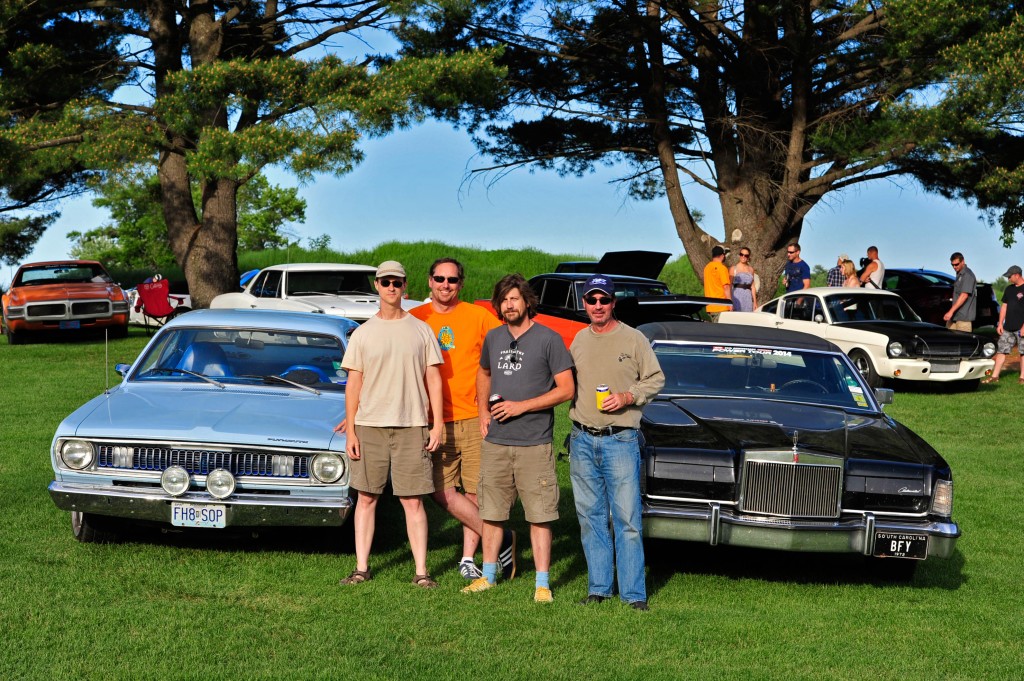 Only two cars and four Amalgamites made it to Wisconsin Dells in 2014. The Charger, Camaro, Valen and Michel (in that order) were sorely missed. Jim drove the hobbled Charger home and flew back so he could join us!

Over the next several months our little crew, along with thousands of other gear heads throughout the land, will be making plans and wrenching on cars. Some have huge amounts of work to do while others focus on basic maintenance and flight checks. Tim will just have to turn a key and Ralph will don his hazmat suit and booties with the hope of participating in the 2025 tour.

Anticipation for this year’s Power Tour has made me a bit nostalgic and I  humbly invite you to join Team Amalgamated for a fond look back at Power Tours past. 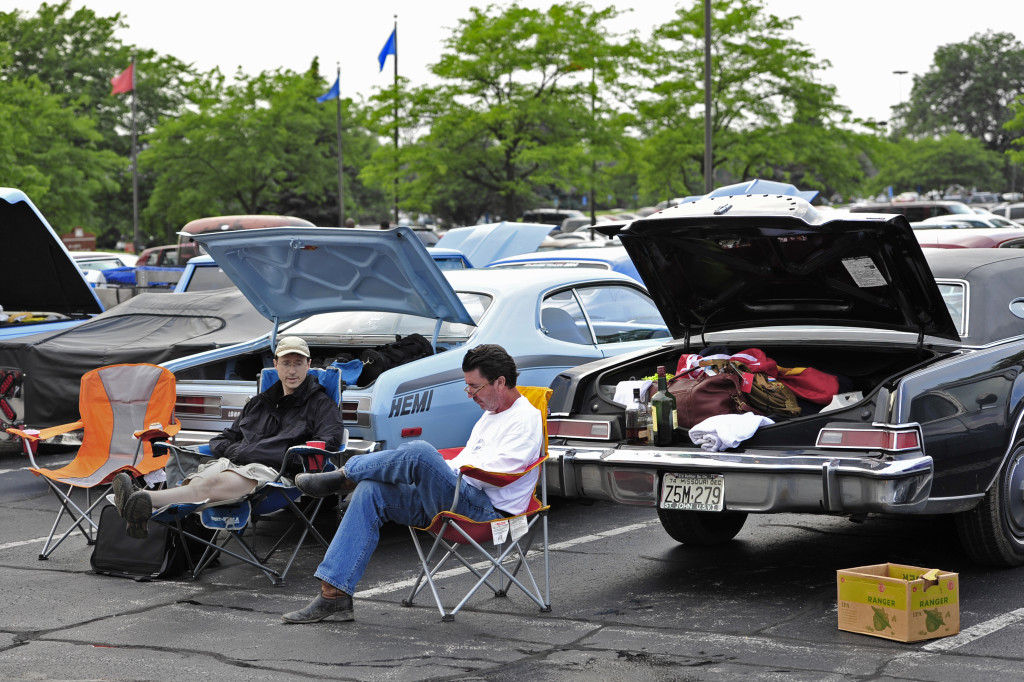 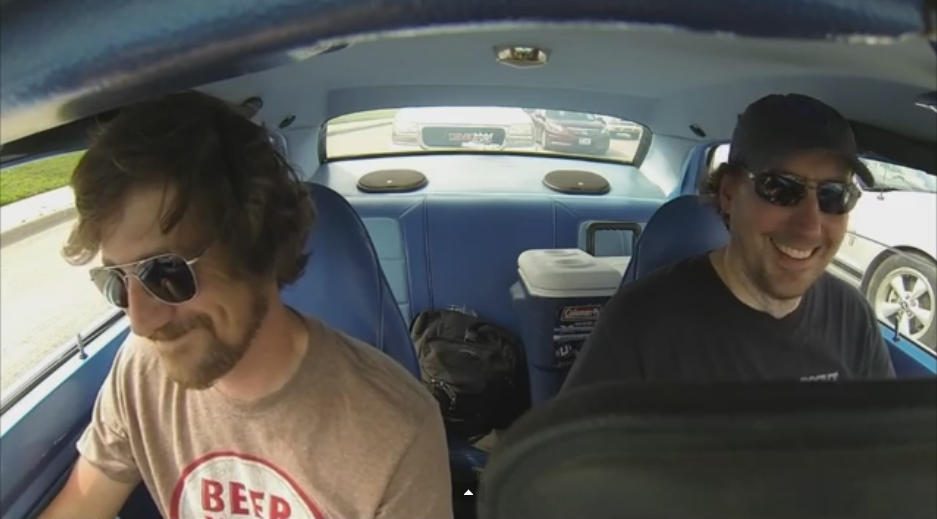 The Duster build had logged about 25 miles before Jim and Bill embarked on Power Tour 2013. You can see a mixture of Joy and relief as they roll into Arlington, TX. 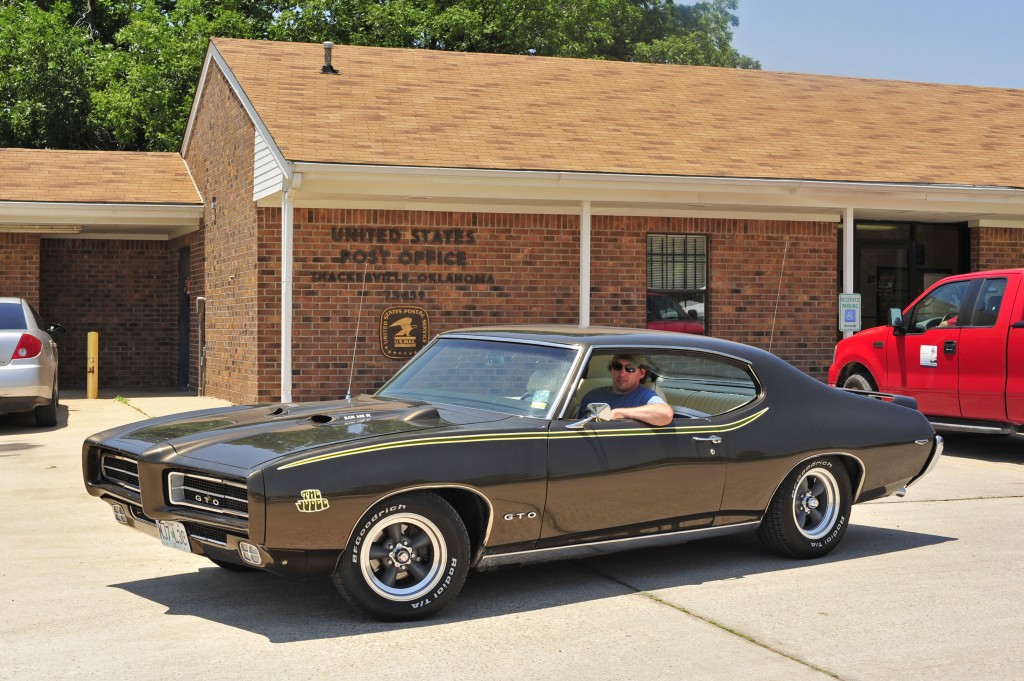 Jim, Rachel and the Charger pull in for a pit stop, somewhere in Illinois 2015. 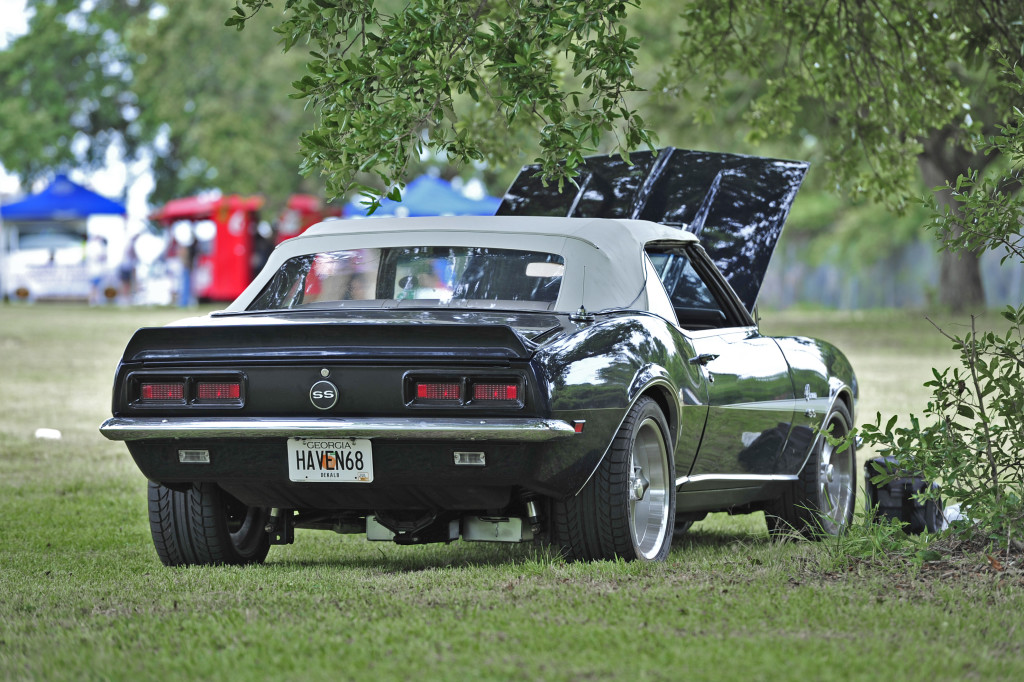 Jim and I make fun of Michel because he drives a Camaro. It’s pretty bad ass, actually. Gulf Port, Mississippi, 2015. 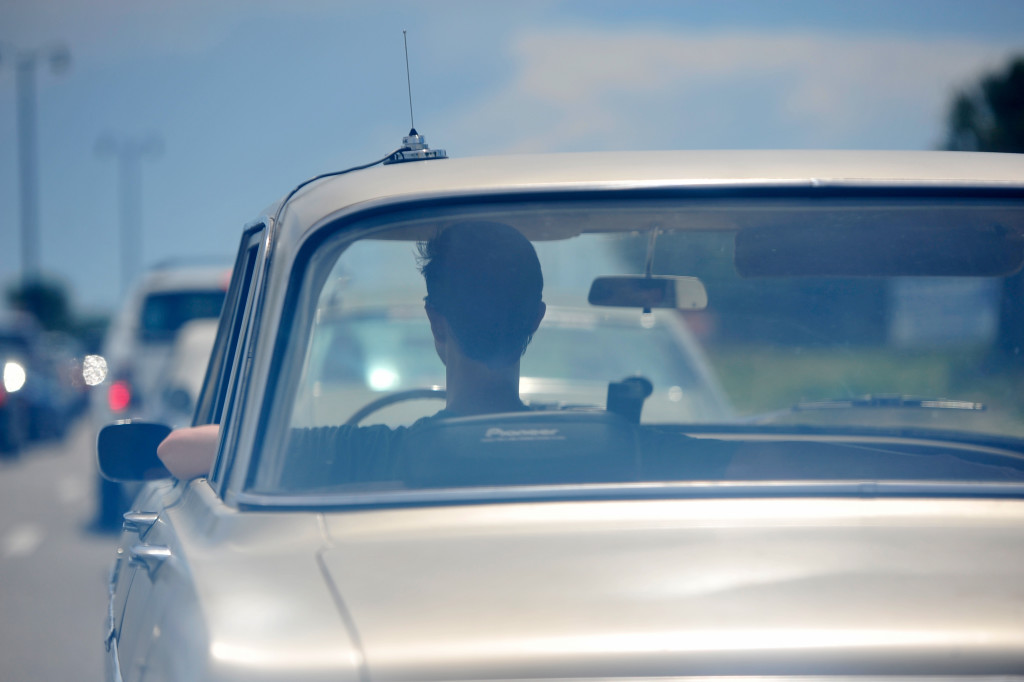 Turns out, I never managed to get a proper beauty shot of the Golden Girl. I will remedy that next time around. Here she is with a sweating Tim in Gulf Port, Mississippi, 2015. 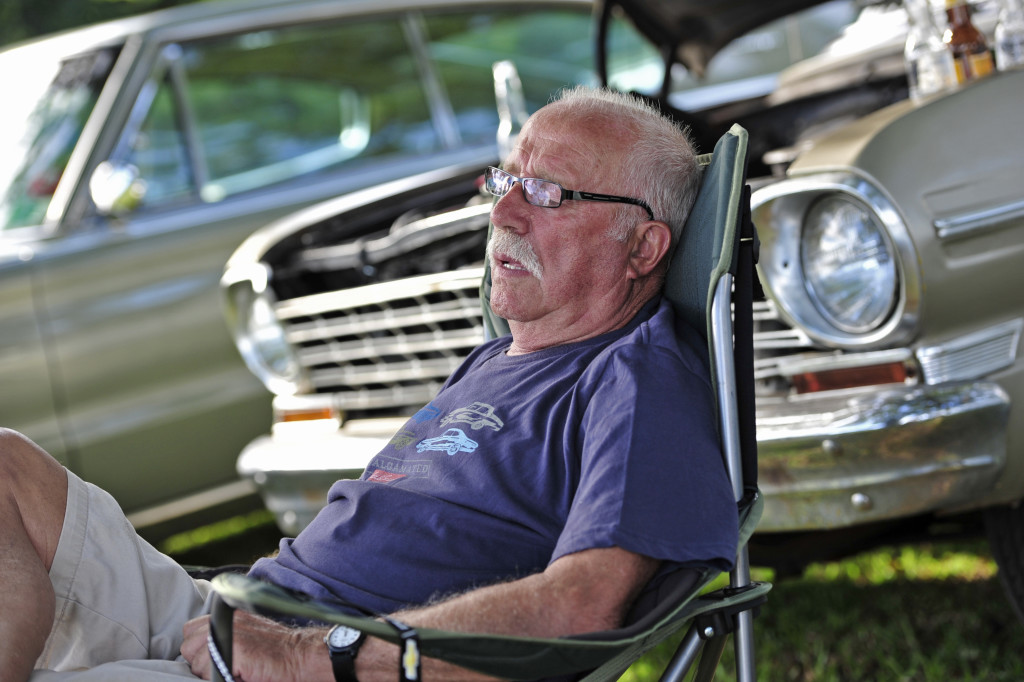 Pete is either suffering from heat stroke or taking a nap while the Golden Girl Looks on, Gulf Port, Mississippi, 2015. 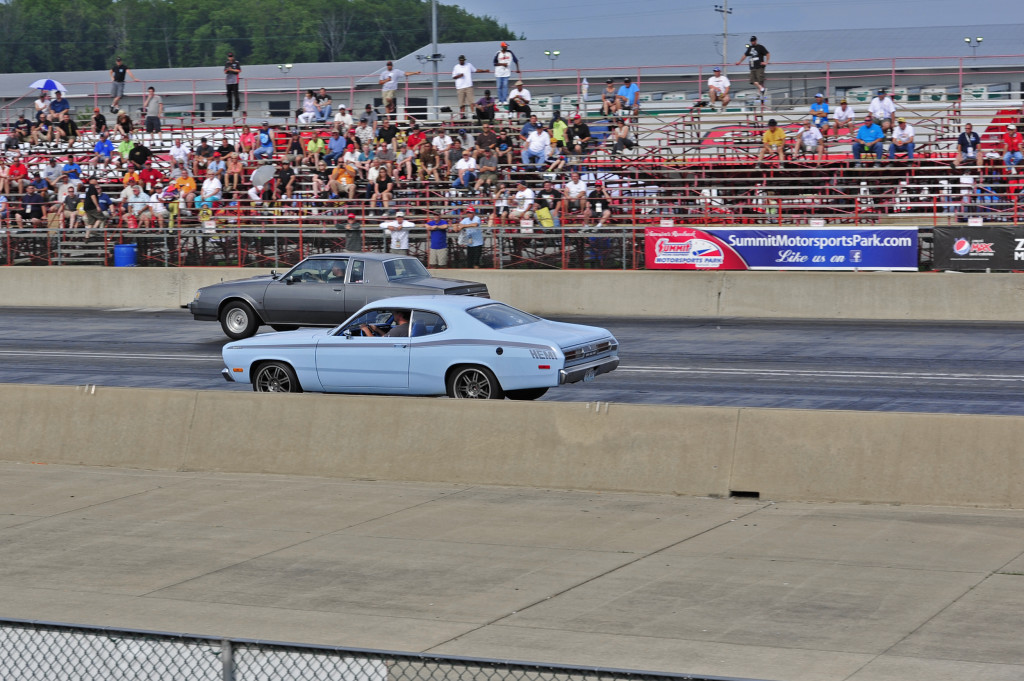 Some advice for aspiring drag racers: don’t leave your air conditioner on. And if you do don’t fiddle with the controls once you’re staged. Norwalk, Ohio, 2014. 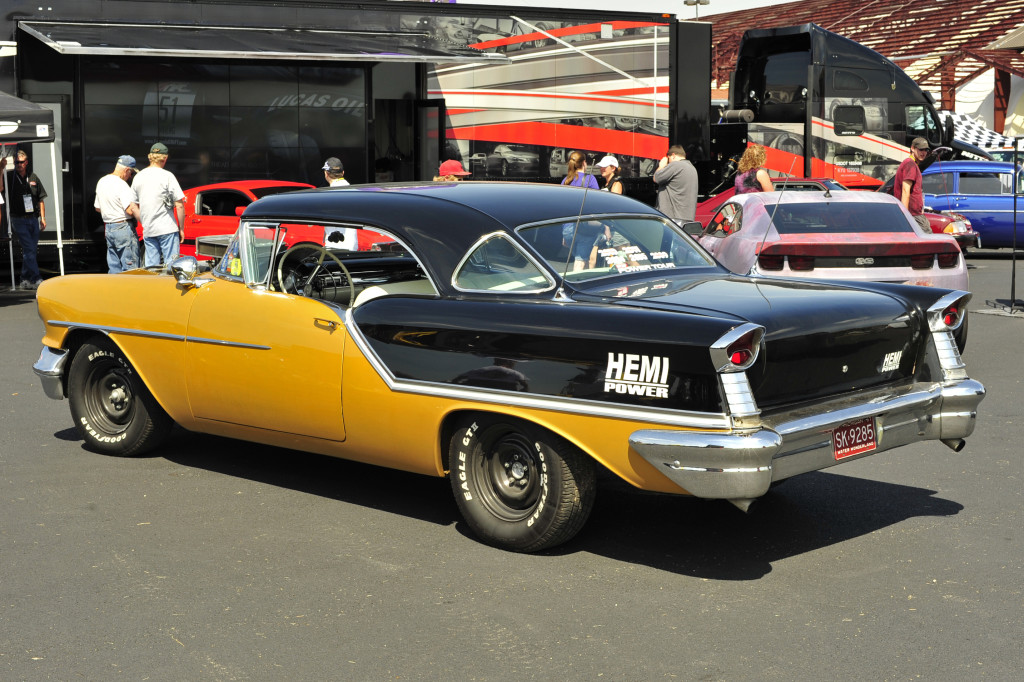 This awesome thing is the first Power Tour car I ever saw. It whizzed through an intersection as Jim and I approached the official route in 2012. 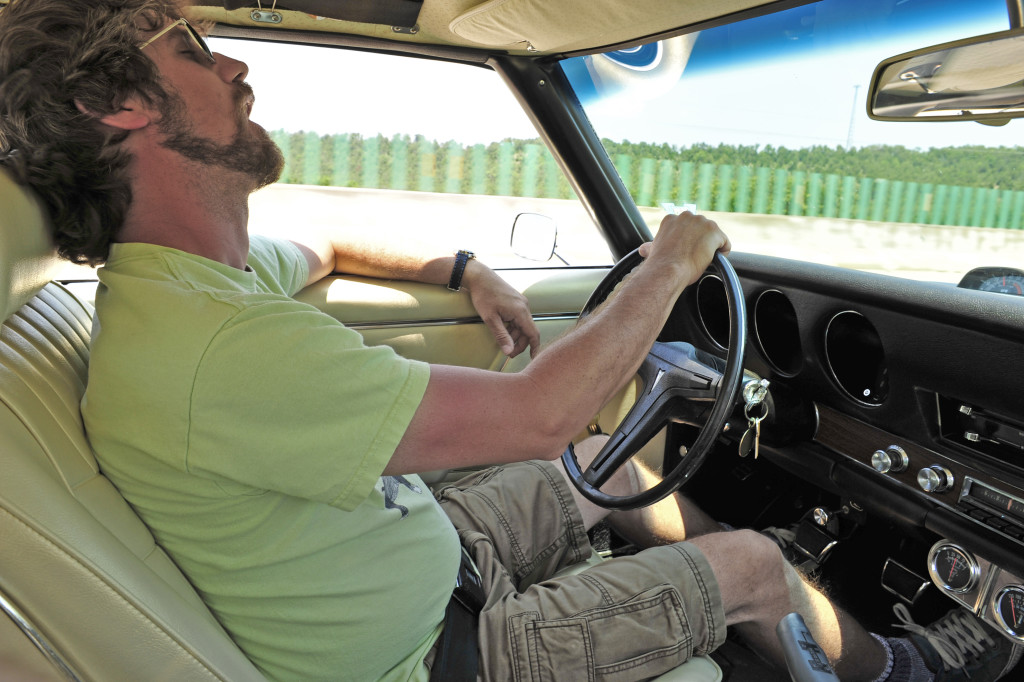 Jim catches some Zs behind the wheel of the Judge, Somewhere in Texas, 2012. 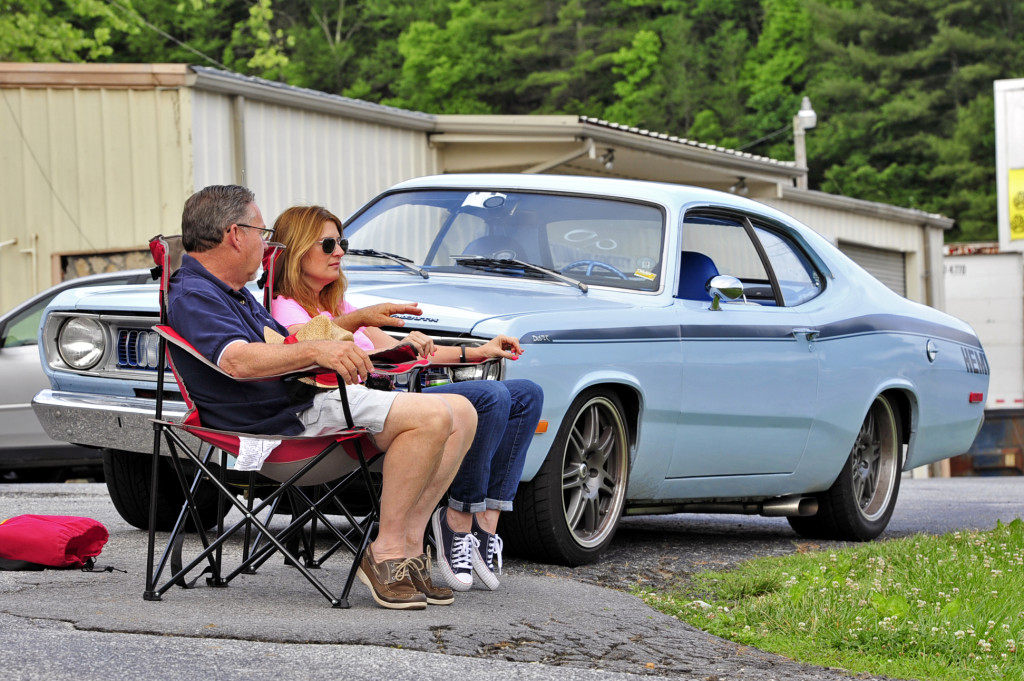 Uncle Jimmy and Rachel observe The Tour as it passes through Murhpy, North Carolina, 2013. 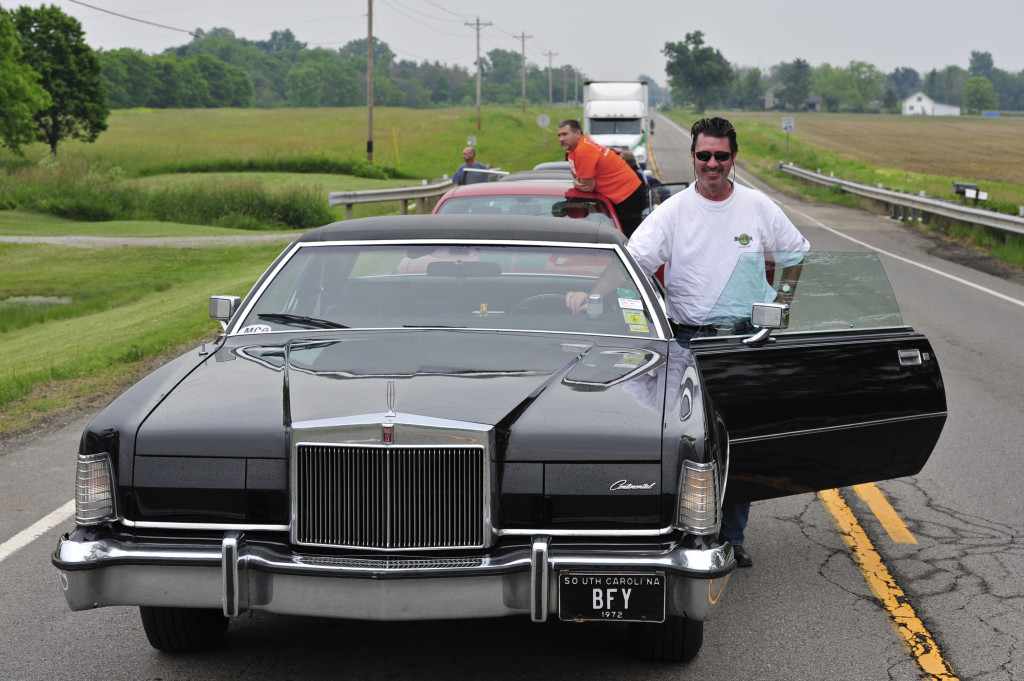 It’s good to have Mr. Black having your six, location unknown, 2014. 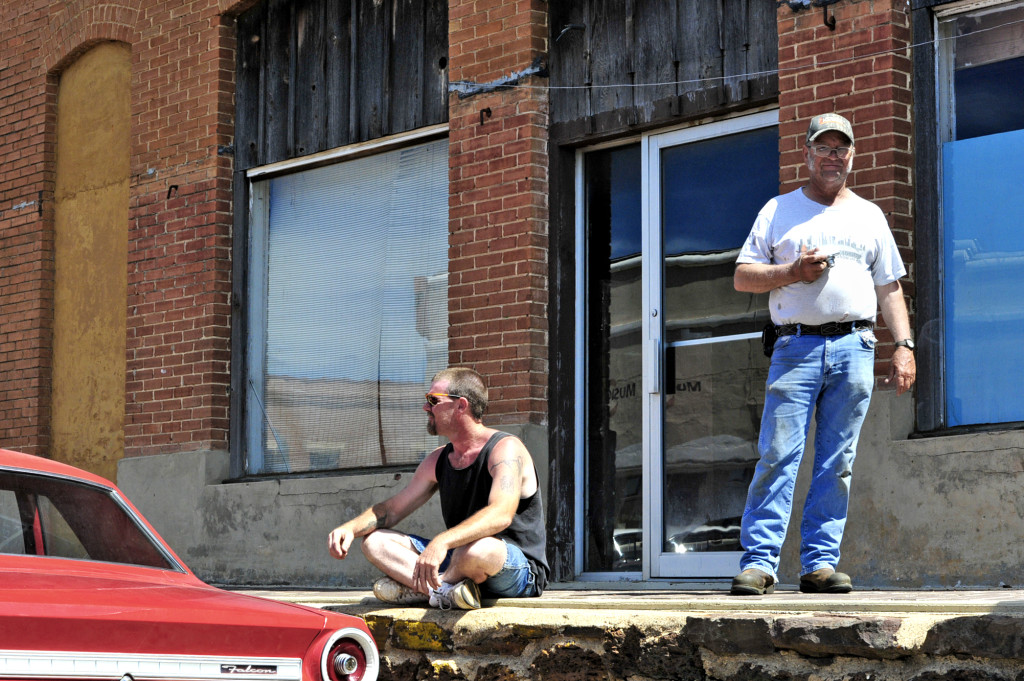 These gentlemen seemed to enjoy having The Tour creep through their town. Arkansas, 2013. 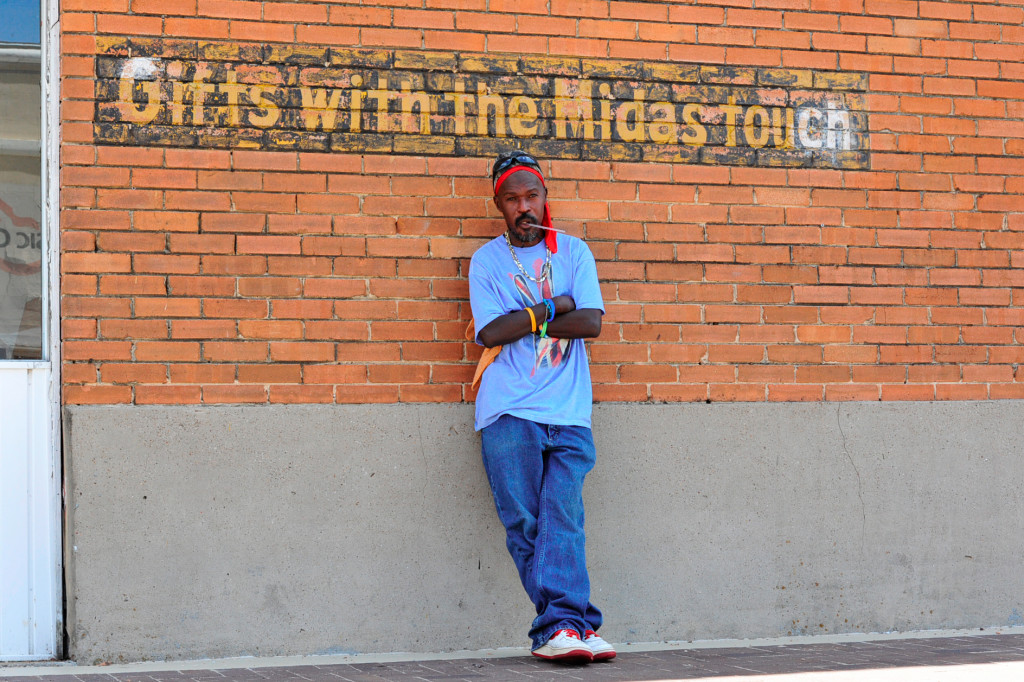 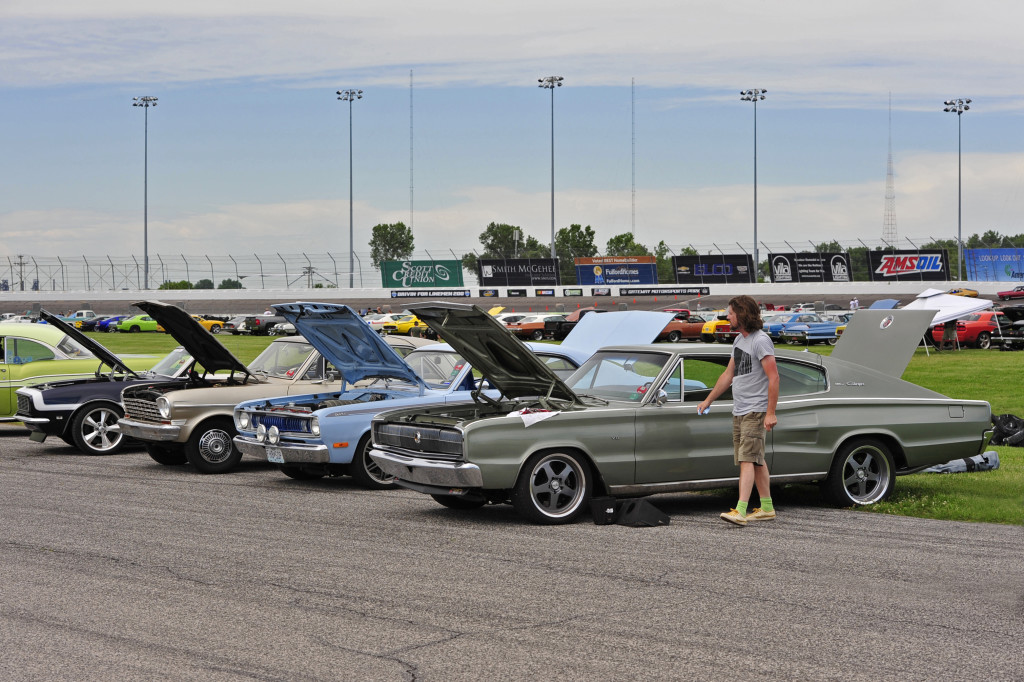 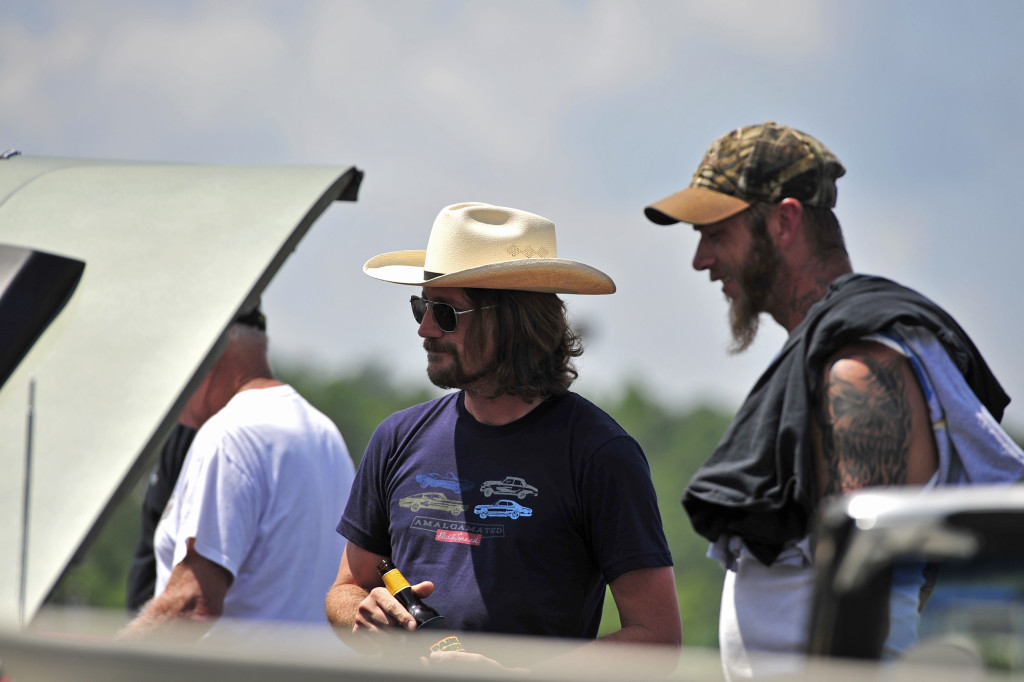 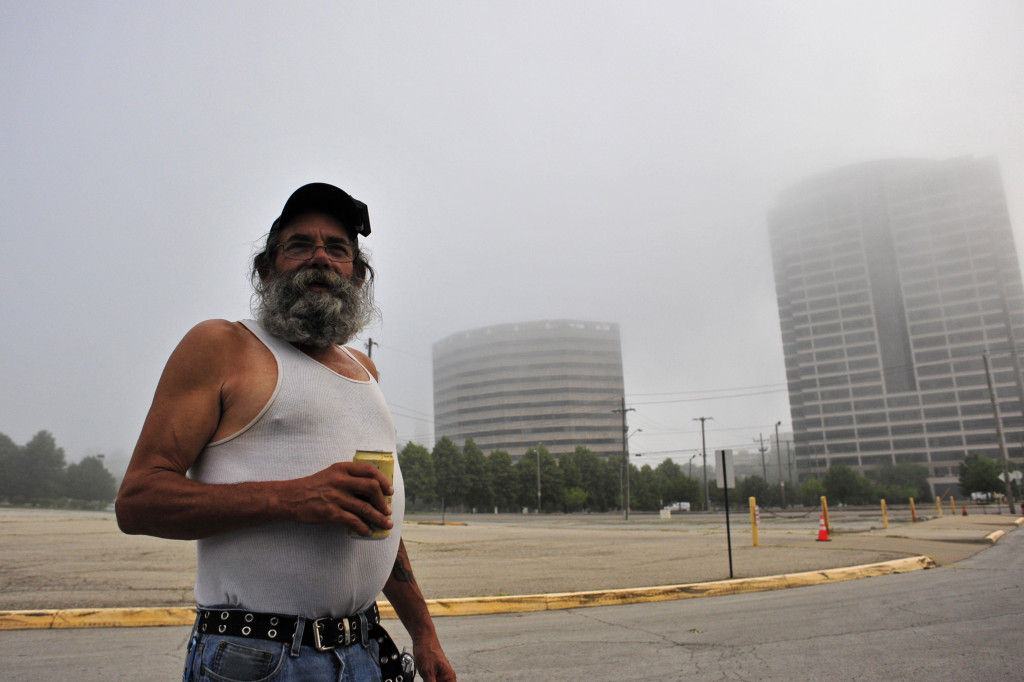 Our buddy Jimi seeing off Mr. Black and Me as we leave Kansas City, MO for Zmax Dragway in Concord, North Carolina, 2014. 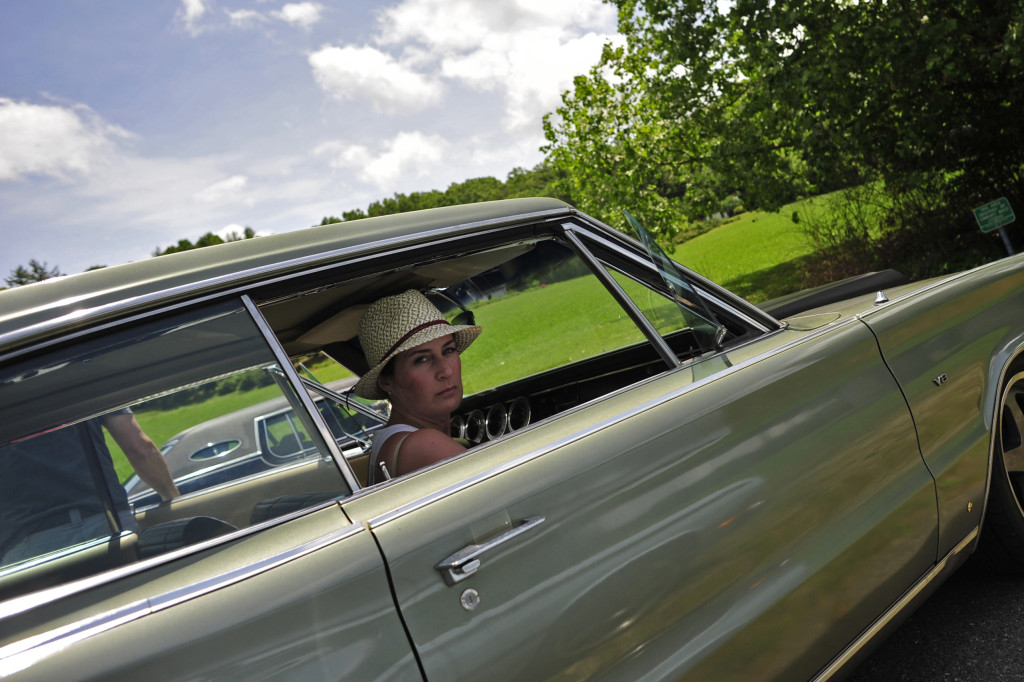 Our lovely navigator, Rachel, glares the author and/or the Duster with suspicion. North Carolina, 2014. 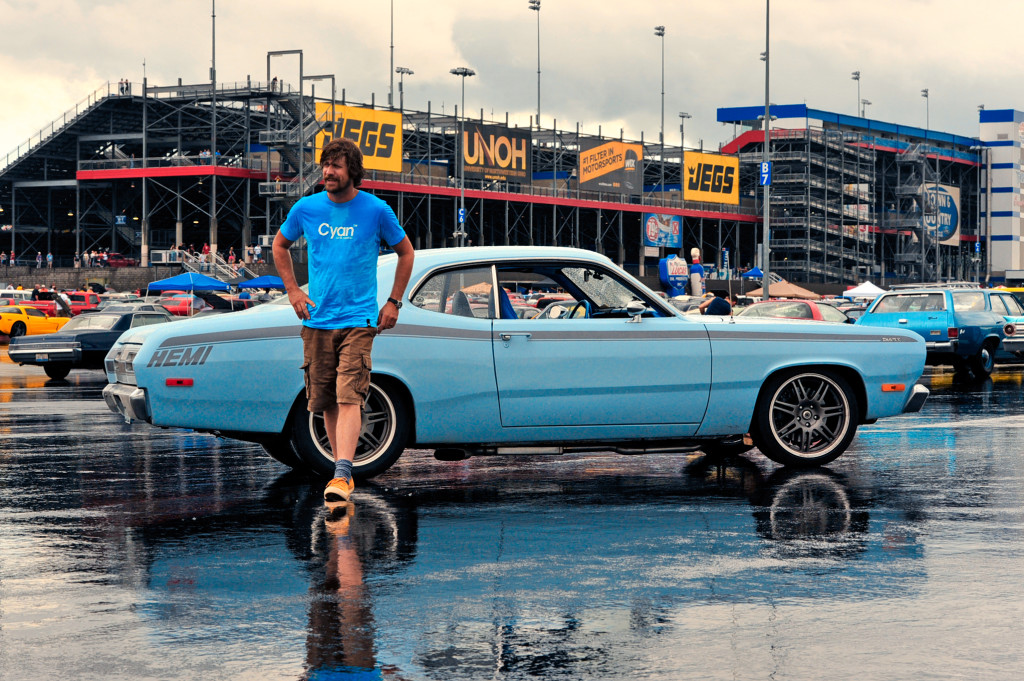 Man, I could keep going with this for a long, long time, but I figure this is enough for one post. Maybe I’ll offer up a sequal. But then again, maybe I won’t.

Is it June yet?