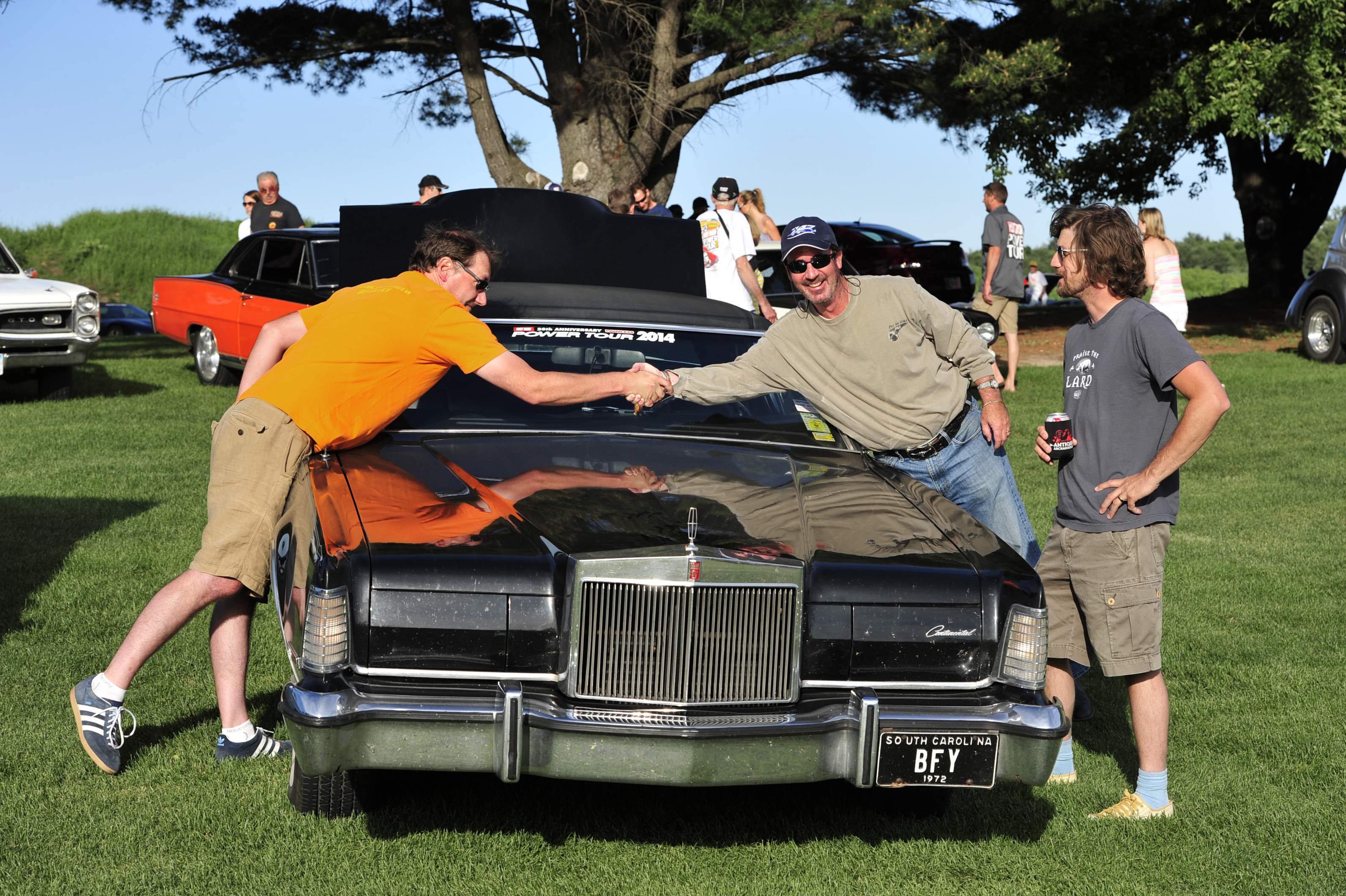 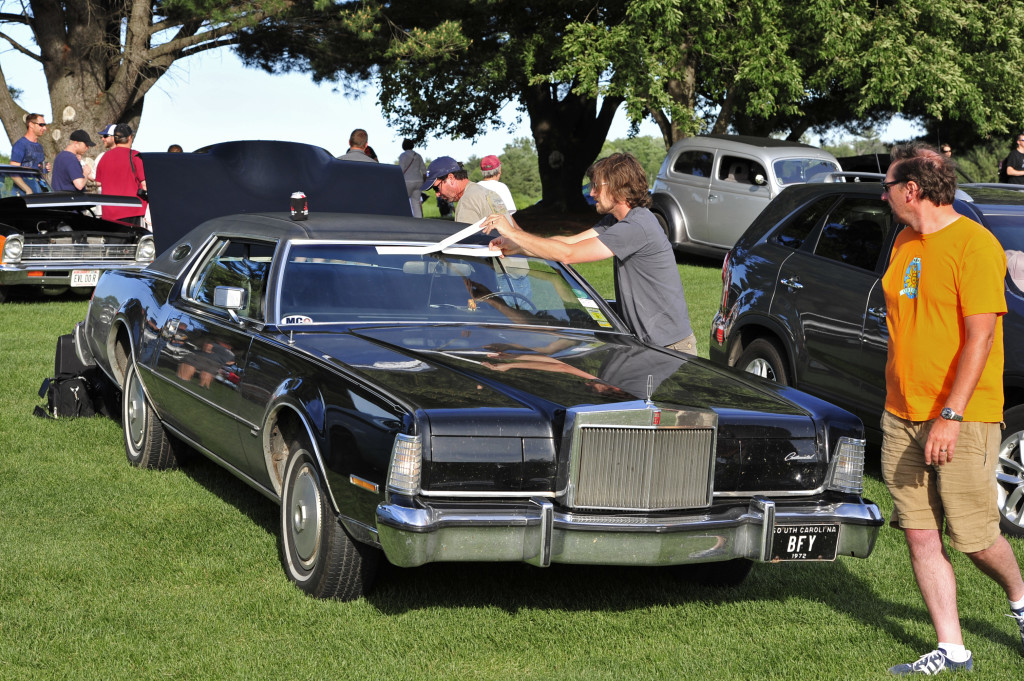 Jim’s Charger bombed out in West Virginia. He limped it back to Atlanta only to book a flight to the Quad Cities. You see, he had told Mr. Black that he’d apply kick ass Power Tour graphics to his Lincoln in the Dells. A deal is a deal, so there he was.

Mr. Black’s Lincoln burned some oil during the journey to North Carolina. Then it pretty much fixed itself. At some point it gained a shimmy under braking but nothing that couldn’t be addressed at a much later date. Beyond that the car performed flawlessly during its maiden Power Tour adventure. If somebody offered you a 3,200 mile ride in a car that can fix itself but has a SLIGHT shimmy under braking would you take it? 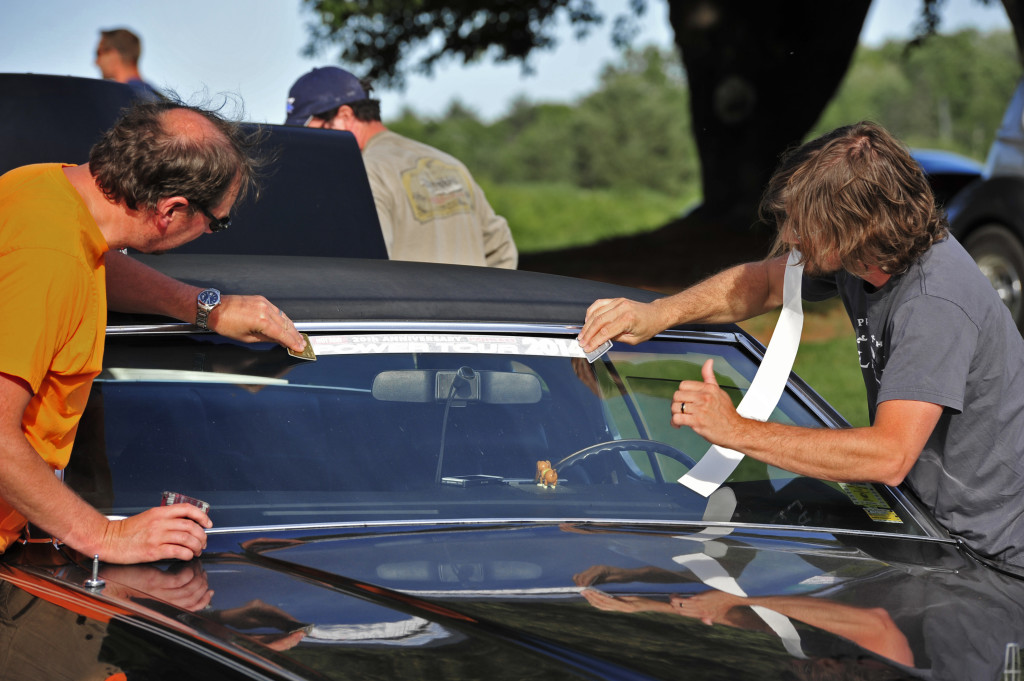 I felt pretty tough when I whipped out my Gold Card to burnish Mr. Black’s kick ass Power Tour graphics. Then Jim put me in my place with his Platinum Card and a smooth technique. Mr. Black rummages in the trunk.

When I suggested to Mr. Black that should embark on the 2014 Power Tour in his dearly departed grandmother’s ’74 Lincoln Continental Mk IV he scoffed. He was certain that he and his Lincoln would be laughed out of the tour by cruel hot rodders, sweaty rat rodders and/or soapy Corvette guys. Naturally, folks love the triple black, Cartier Edition heavyweight. 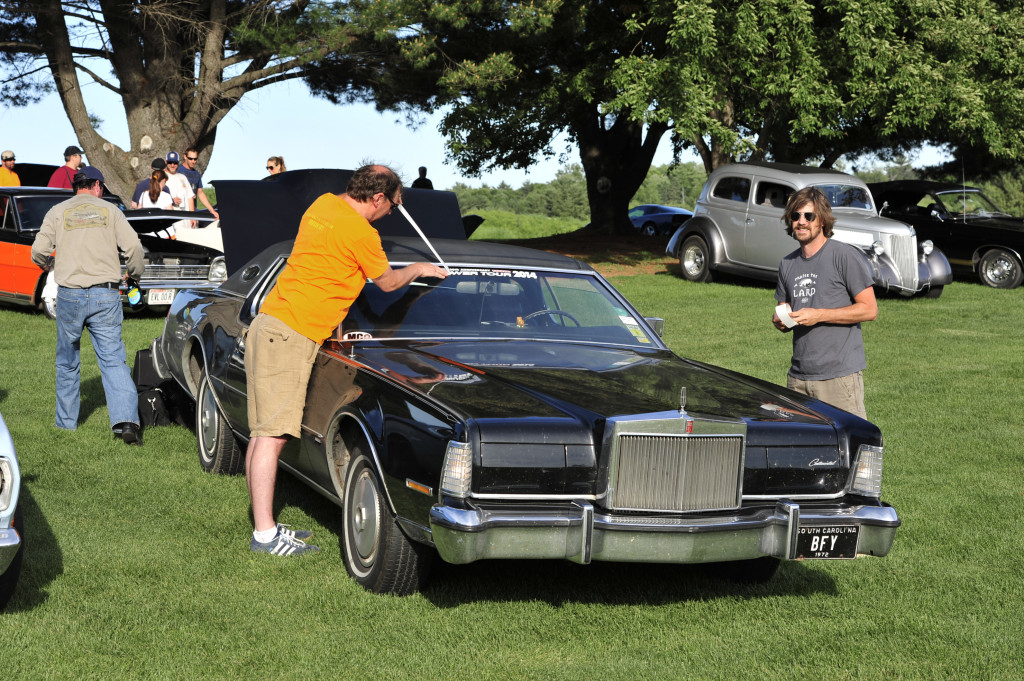 Once the iconic Painless Performance Power Tour decal is skillfully placed, I indulge in my passion for removing vinyl decal backing tape. So fun. Meanwhile, Mr. Black is still tending to the trunk.

Mr. Black and the Lincoln powered through every stop of the tour, all the while picking up fans and admirers. Turns out, there are a lot of Lincoln lovers out there and Mr. Black held court like a benevolent king treating his subjects to a rare audience. All he needed was an ornate cape and a jewel encrusted scepter complete the picture. Maybe next year! 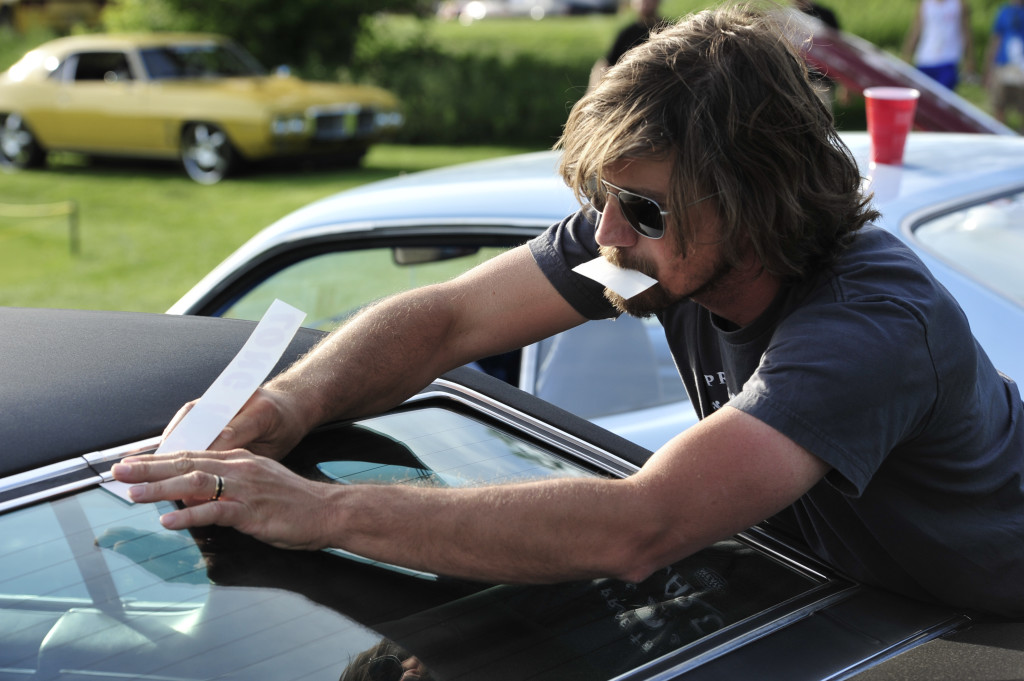 With the windshield taken care of, it was time for Jim to apply the “Long Haul Gang” decal to the rear window. It was a quick job, requiring only a few hair flips. 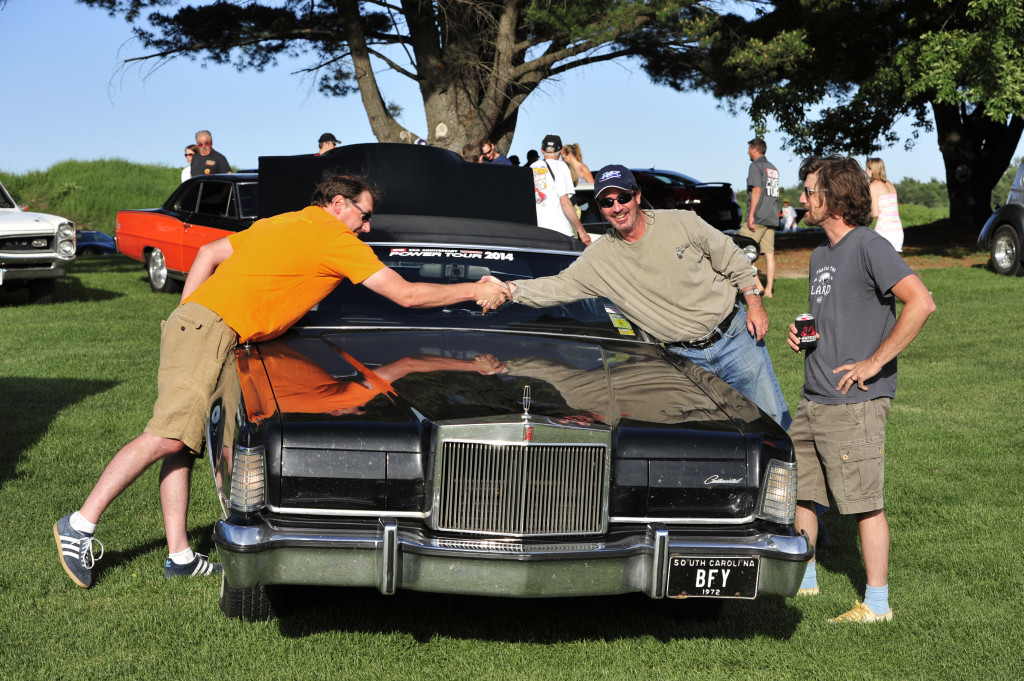 Excellent… Looking forward to a more detailed account of the tour… Very cool!