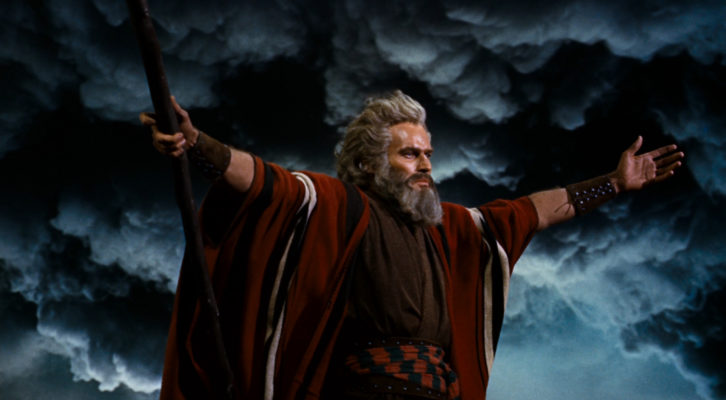 When last we met, dear reader, I had just finished a snazzy cold air induction setup on the Duster. It worked well and I even drove around in the rain a couple times to test the water resistant sock and splash shield. Despite what seemed to be a fairly solid setup, I was still nervous about the specter of sucking water into the intake and causing serious problems including but not limited to HYDROLOCK! 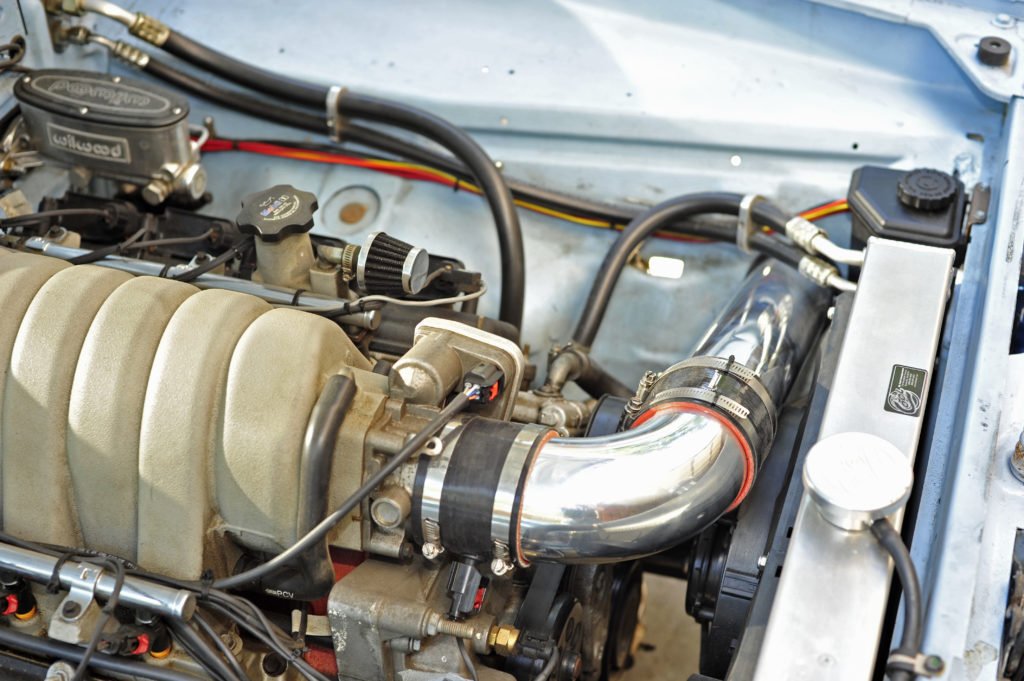 With the acquisition of this sexy ass polished elbow, I chose to put the old, raggady looking one into the fender housing where it will be pelted with stones, cigarette butts and maybe some teeth.

Some goon offered the suggestion that I add a 90 degree elbow to raise the air filter and sock combo to be higher withing the fender housing. After careful consideration, I came to the conclusion that this idea had merit. The elbow I was using on the throttle body is painted black and has been in use, on and off, for many years. I figured I’d swap it into the fender and procure a new one for the throttle body. This seemed to be a good time to get rid of the not so attractive and absurdly stout aluminum tube I installed a couple of weeks prior. Plus, the new polished tube would raise my Summit Racing balance to the threshold allowing free shipping. 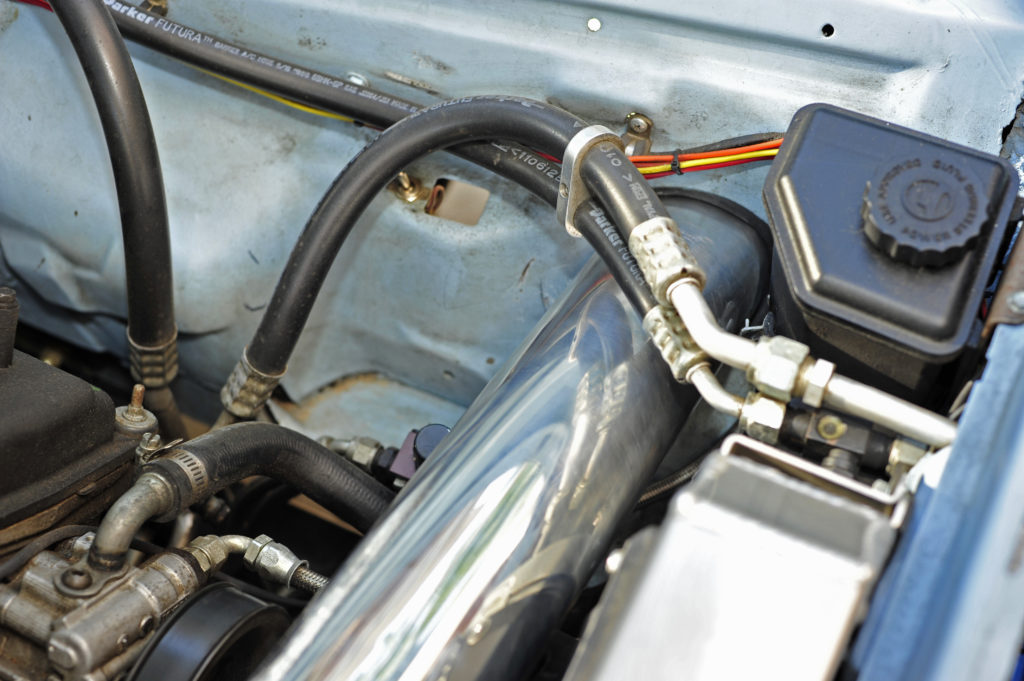 I have to admit that the new tube is pretty sexy and adds a bit of class to the Duster’s previously sexless engine bay.

It was a pretty simple operation. The new intake tube came in at 24″, which is several inches longer than the one it replaced. I was happy to have the extra length since the new design concept may require it. After some noodling, I was able to determine that the new tube would only have to be shortened by a couple inches. Gary was out of town so I didn’t have access to his band saw. I was able to make the necessary cut to the tube but I will not go into detail about how I accomplished it. The black elbow would also require some adjustment to make this thing come together. Again, you’re on a need to know basis and you don’t need to know how I managed to make the cut. 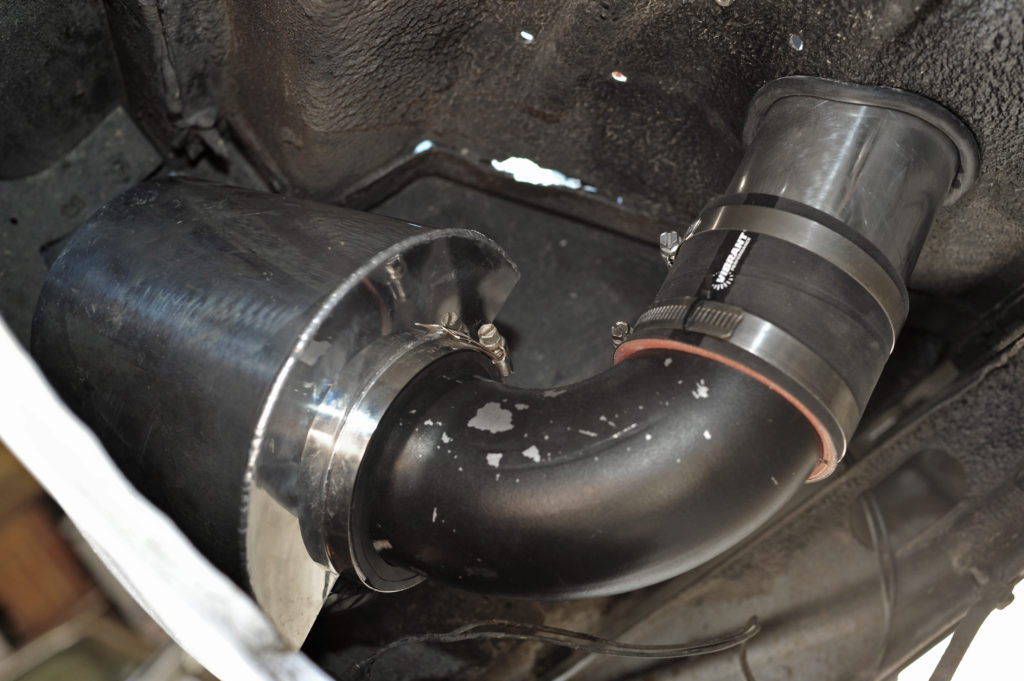 Here we have the new filter assembly with reassigned elbow placing the filter way all up into the heights of the the fender housing. No way this shit isn’t going to work like a charm.

In the end, it all came together nicely. The air filter, splash shield and water resistant sock are now placed much higher in the fender housing. Not only does this make water control much more likely, none of those elements are in danger of interfering with the front tire at any point of its travel.

I now consider this project “finished” and so should you.

I didn’t know anybody posted here any more. Reading this has left me partially engorged.