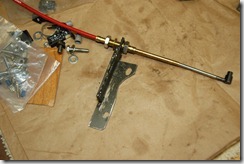 Long ago and far away, I installed a B&M ratcheting (Quicksilver!) shifter in my 1969 Torino with an FMX transmission. Originally, this had been a column shift car, and a previous owner had installed (badly) the console and floor shifter from a ’70s era Torino. It functioned, sort of, but wasn’t what I wanted.

The trick is that B&M doesn’t offer the appropriate brackets or adapters for an FMX. More lost love for the cast iron slushbox! I’ve read a lot on the Internet that this install simply isn’t possible, but I of course wasn’t deterred. Nor should you be.

So, how does one do this? Follow along, and I shall show you:

First off, the easy part. You’ll need to weld up a bracket to hold the cable in place. Using the spacers from the B&M kit, along with looking at the brackets they do provide, this should be pretty easy. The cable obviously has to end up facing toward the shift lever on the transmission. Here it is sitting on my workbench; this is roughly the view you’d have looking up at it installed on the pan.

Now, the transmission shift lever must point DOWN, so that the cable movement will actuate the manual engagement in the box correctly. Mine, naturally, pointed upwards. So, I had to fabricate a lever extension: 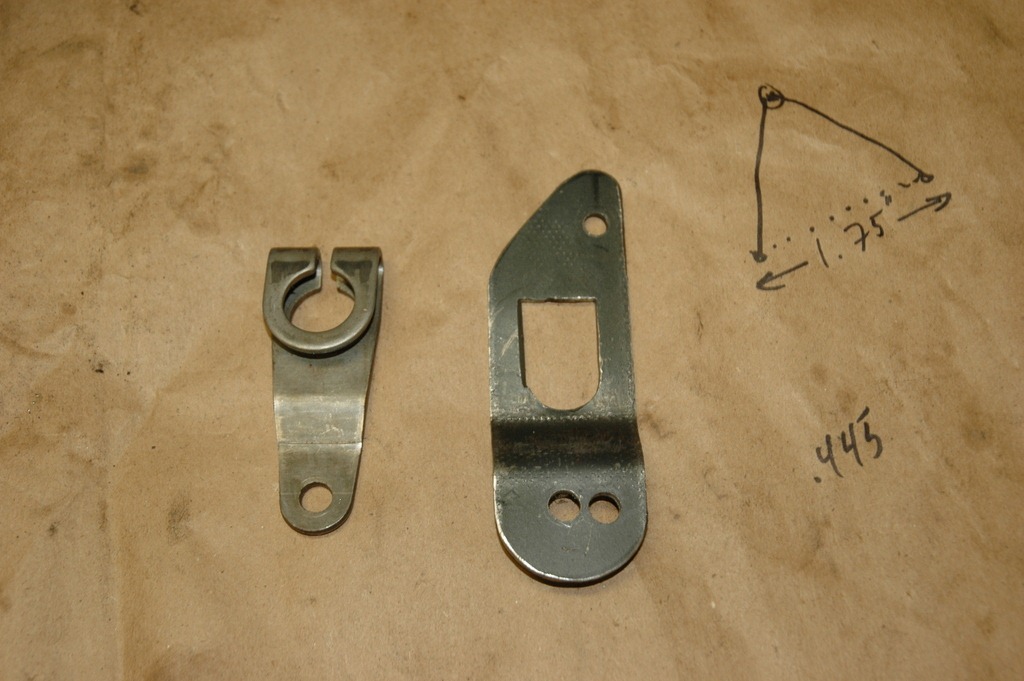 The measurements I’ve doodled there show the length of throw on the B&M shifter cable (1.75”) and the diameter of (if memory serves) the shaft going into the transmission. The round bottomed, square topped hole in the middle there allows the fabricated lever to slip over the kickdown lever, and sit on top of the factory shift lever. The hole in the upper right is for a bolt and nylock nut to fasten the new bracket to the old.

Here’s a picture of the bracket installed on my transmission. It’s cropped from another picture, but it should give you the idea. I made all of these parts so that I could install them WITHOUT removing the trans from the car. If your transmission is out of the car, your job is far easier. You can probably just weld an extension on the factory bracket, and be done more swiftly  without having to shape the part to fit over the kickdown lever and bolt into place. This picture is from when I took the transmission out of the car, once I determined that shifter or not, it was a dead duck in need of rebuild. Oh, well. 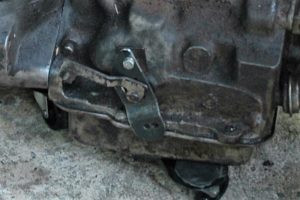 On the bottom of the extension arm, you see two holes. One was a mis-drill, the other is the point where the B&M cable end attaches to the lever. This attachment point is the most critical part of the project here.  It has to be in precisely the correct spot, the right radius out from the center of the factory selector shaft. To do this, you need to mark the attachment hole. I tried a bunch of ways to make this work, then, as with most things that require very precise measurements, I made a jig, so I wouldn’t have to measure at all! 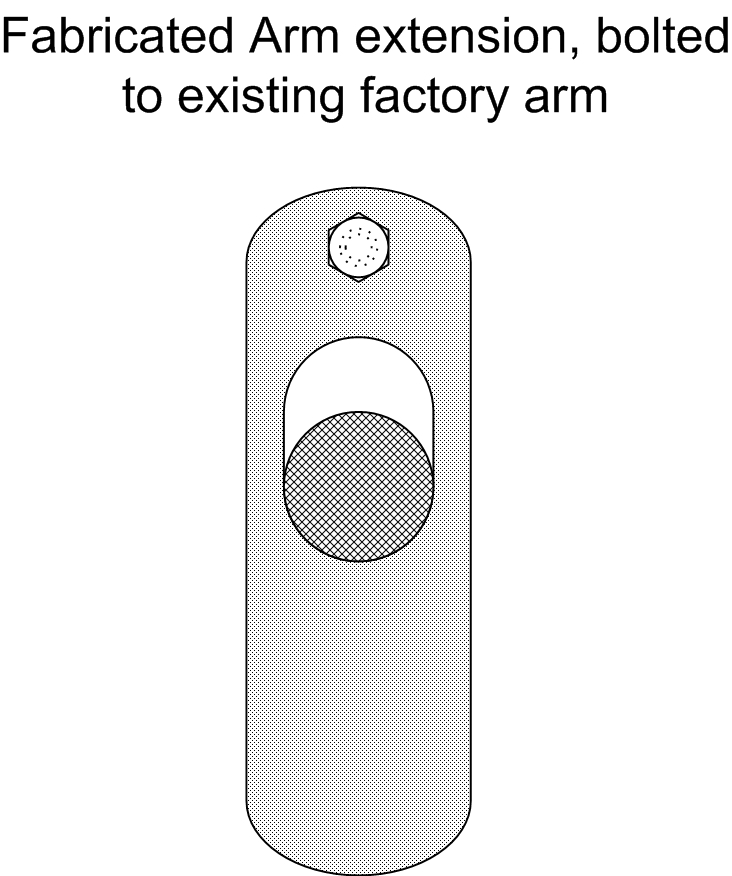 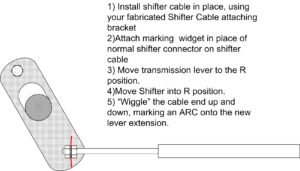 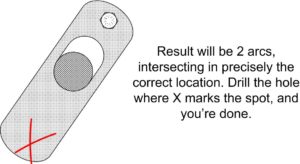 Its’ really this easy, folks. Really. Of course, after a year or so, I swapped a 4R70W into that Torino, because I can’t leave well enough alone.

I have the brackets in a toolbox somewhere, if you’re really sure you can’t make your own!

Would it be possible to get pictures from this FMX/B&M shifter install?

Hi do u sale those parts

I do not, but they’re easy enough to make, all you can do is try!

Looking to see if I can get the images also. Same year Torino with FMX – looking forward to converting from column to B&M on the floor. Thanks a million

Scott – let me look for the images for you. They’re around somewhere!

Now that you’ve forgotten that you asked, I have found them and updated the post!

Chris – I finally found the old images – hope this helps!

Jim
So u drilled the center hole bottom , installed cable with red pencil then ran through gears to get arch?

You only need R and 1 to get your mark. Trans in R, shifter in R, make a mark. Repeat in the 1 position. Those two lines will intersect at precisely the right spot!

I could really use those brackets but do not have the skillset to make. How about you make some and sell them for us Ford nuts?? I am trying to install in a 69 Cougar 351W w/ FMX

Are these brackets in production?

Not in any production. I was hoping these instructions would be enough to let folks make their own!

Any update on this ??
Does the cable now mount from the front or rear of the box ?

I don’t recall, honestly? This was a long time ago!