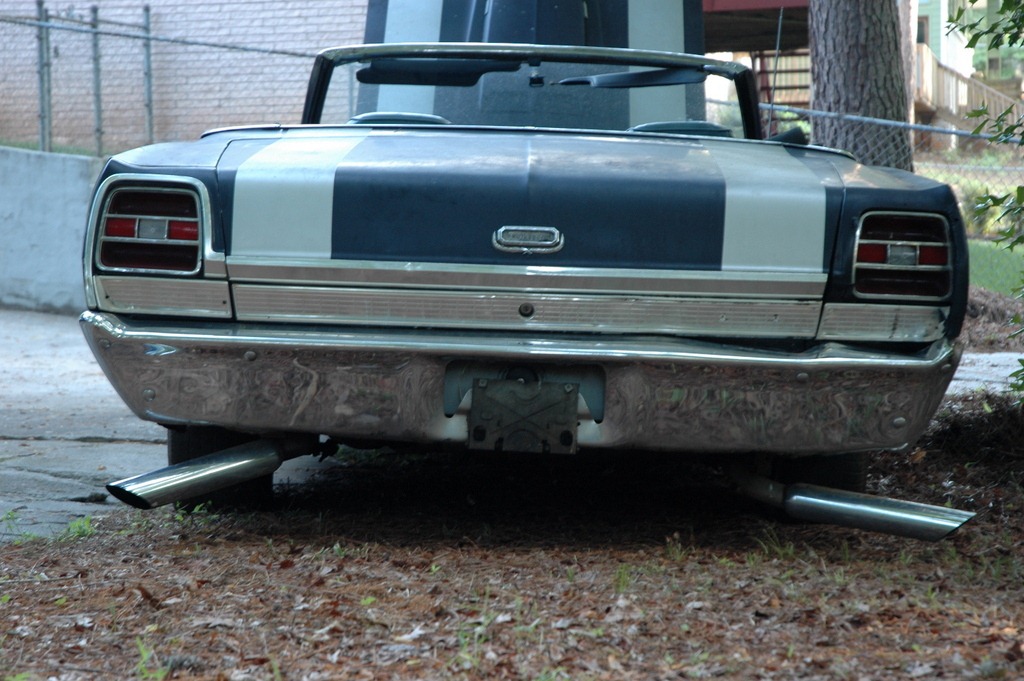 Here we have the best kind of blogging, in my opinion. It’s they type of blogging that chronicles a project in the past. So, it’s all Project, No Waiting! I’ll try to drag it out a little bit, just for DRAMATIC EFFECT, but you, gentle readers, will get the whole tale pretty swiftly.

So, we travel back in time, all the way to May of 2004 (insert your own time-travel sound effects here), a time when I decided I wanted a project car of some kind. I seriously considered a Factory Five “roadster” kit, and rejected that idea as too costly (wrong, there, in retrospect). So, sticking to what I know best, I searched about for an old Ford.

I eventually found an ad in the local paper for a 1969 Torino GT Convertible. Yes, in the paper. Not eBay, not the internet at all. The paper. Ha! I made a phone call, and arranged to meet the owner at a local mall(!) to view some pictures. Well, local to him, all the way across town for me. Yeah, no scanner, email or digital camera for this fellow – it was photos in an envelope from Eckerd drugs photolab.

What I saw in the pictures seemed fine, so I offered him less than he was asking, and agreed to head south in the following days (way outta town. outta the NEXT town. outta the one after that) to go pick up the car. 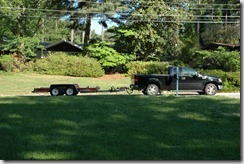 Truck, check. Trailer, check. Pistol and additional manpower, check. (Glen Frey tells me I got to carry weapons when carrying cash, and the guy had his wingman. Actually his driver, since Melvin the car owner had no valid license to drive. Kudos to him, this actually kept him from driving.)

So drive we did, and eventually, after a little effort to pull it out from under some Georgia pines, success. Vehicle acquired! 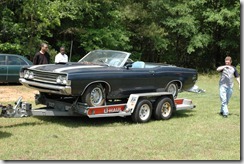 Loaded up, ready to roll. Sean wipes off some sweat as Melvin and his pal look on, probably sad to see the heap leaving his grandmother’s back yard.

The engine had fired right up with a boost off the truck, but there was no forward motion. Shifter seemed weird (as in, not really connected very well,) and the trans fluid was low, so I wasn’t surprised we had to push the thing out of those trees and onto the trailer. And by that, I mean the u-haul trailer; not the one that the guy’s grandma was living in, just out of view of the camera, here. 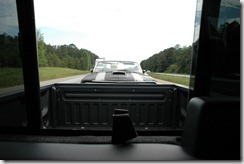 So, the Torino followed me home. 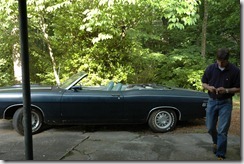 There it is, where it rolled off the trailer. Getting it off the grass in the days following and back up the very slightly inclined driveway involved the truck, some rope, and a minor ding to the bumper. Such is life. 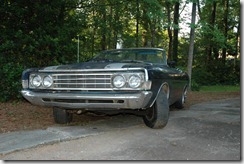 The car was pretty solid. Obviously painted at least 2 times (two different colors!) with snazzy racing stripes, and the interior was all wrong. Some rust, but the pans were solid aside from a couple small holes. Good ’nuff. A Georgia car, full of pine straw, random trash, and MOXIE! 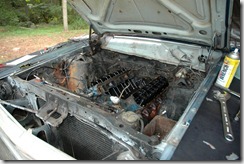 Time to stare at it… 351W. FMX transmission. Radiator from.. something large and GM. 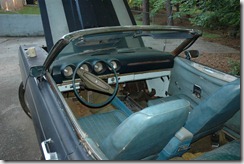 And stared some more. Interior covered in marine vinyl. Seats from probably 1972 Torino, same with the console and shifter. This was originally a bench seat car.

And stared some more. Nice tailpipes. A pair of pretty recent looking flowmaster mufflers under there, though. Welded to some really small duals. 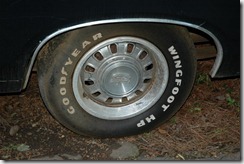 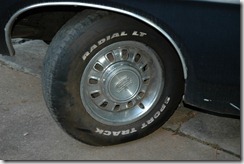 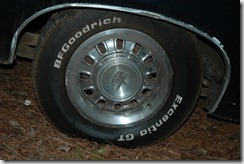 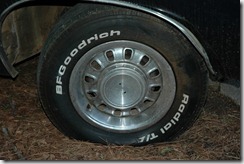 Check that out. 4 tires, all different. Sweeeeet purchase, Jim.  So I started some lists. Lists of parts. Lists of tasks.

Lists of why this was probably not a great idea. 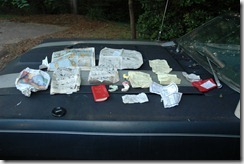 Here’s the stuff from the glovebox and console. Tickets (moving violations). Dental molds. Kids toys. Psalms and Prayers. Bail bond receipts from one Jamarious King. Lots of funny pages from the paper, and sheets of handwritten numbers.

One of the best decisions you made during this project was to keep the tail pipes.