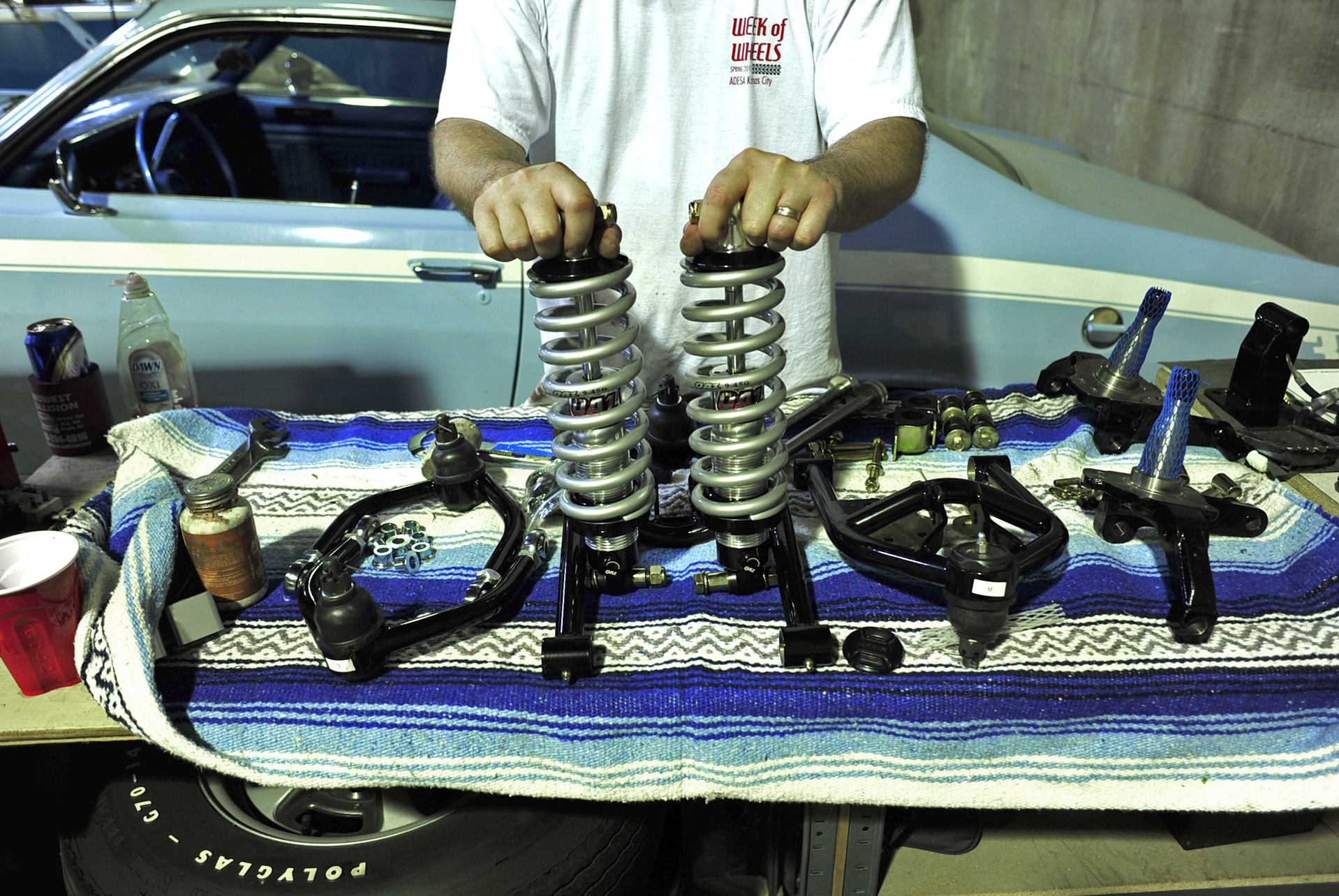 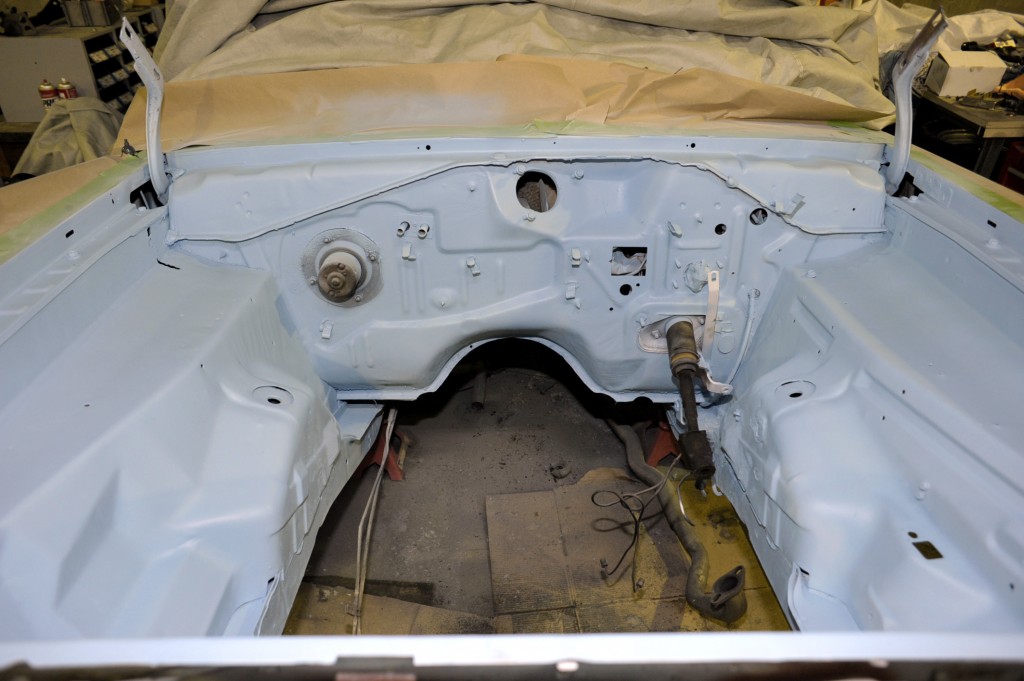 The engine compartment cleaned up nicely and will make a fine home for the 6.1.

I have to admit that September was not a time of much evident progress on the Duster. Aside from getting the engine compartment, frame rails and wheel wells cleaned up and painted the Duster is pretty much where it was a month ago. Not surprisingly, there was lots of surface rust on the shock towers, frame rails and suspension mounts. There is some rot, as well, but it doesn’t appear to be too serious. I removed as much of the rust as I could with a wire brush attachment for my trusty cordless drill and applied a healthy coating of semi-flat black Rust-Oleum. Love that shit.

I’ve also managed to get some sub-assembly for the front end done and acquired more parts. Jim will be happy to learn that I’m really tired of just collecting parts.  Perhaps more importantly, I did some research and made decisions about the vendors I’ll be using as this project rolls along. That said, Project Hemi Duster is at a good place right now and primed for a flurry of activity.

Barring any unforeseen setbacks, October is going to be a busy month around here. 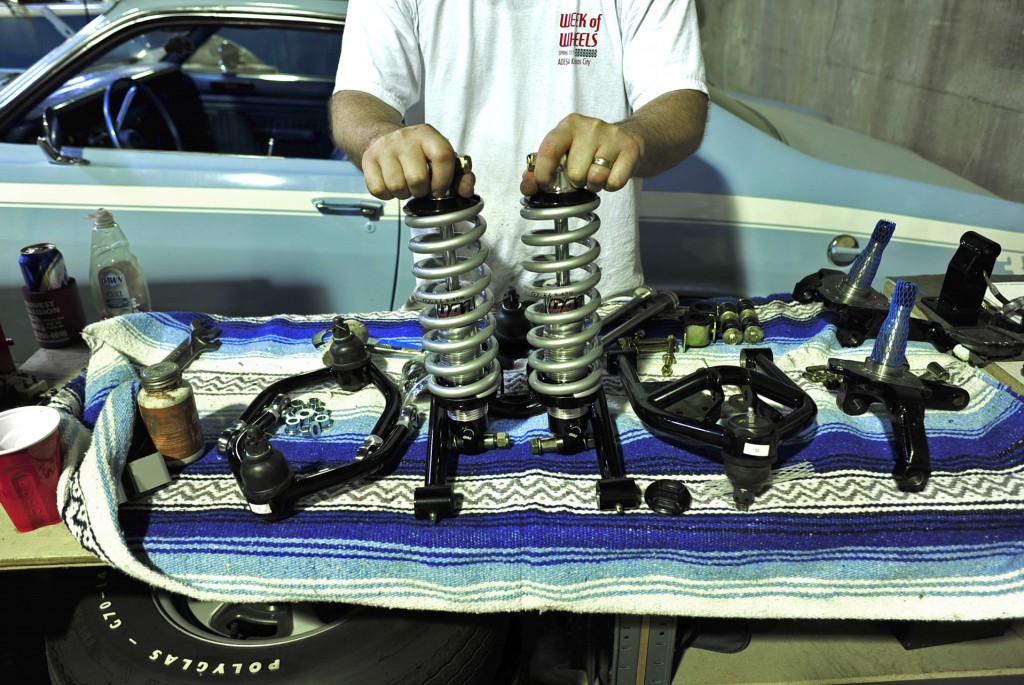 Sure, these coil-overs are nifty but they’re not doing anybody much good right now. 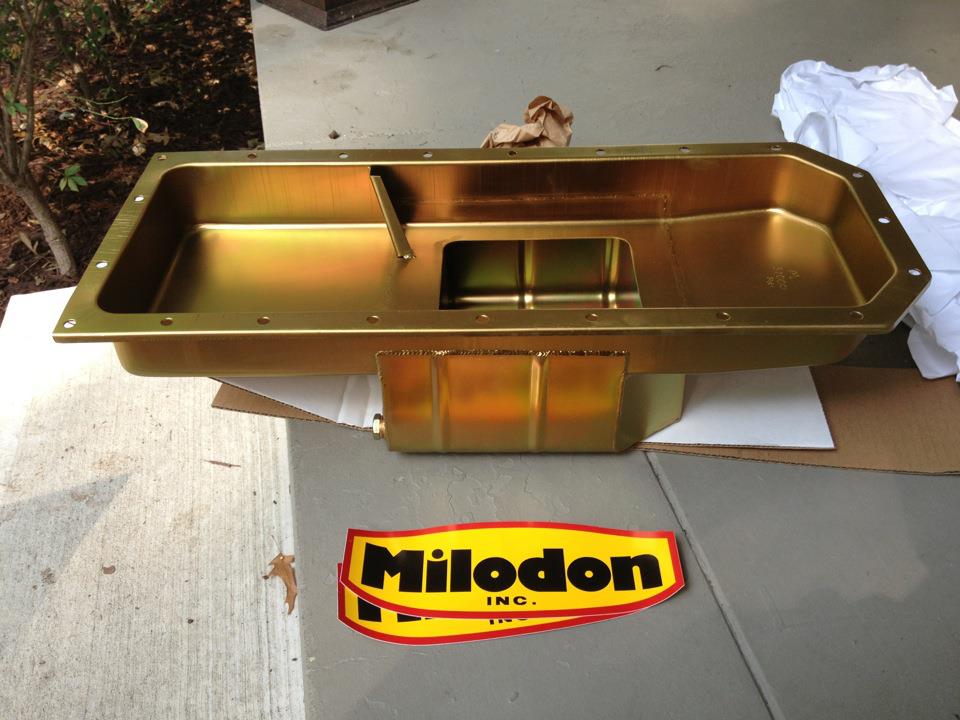 The 6.1 will be mounted to the the new K-frame once the oil pan is installed. After that, the initial engine fitting and installation will go down. But not before I slap one of those sweet decals on the ol’ tool box. 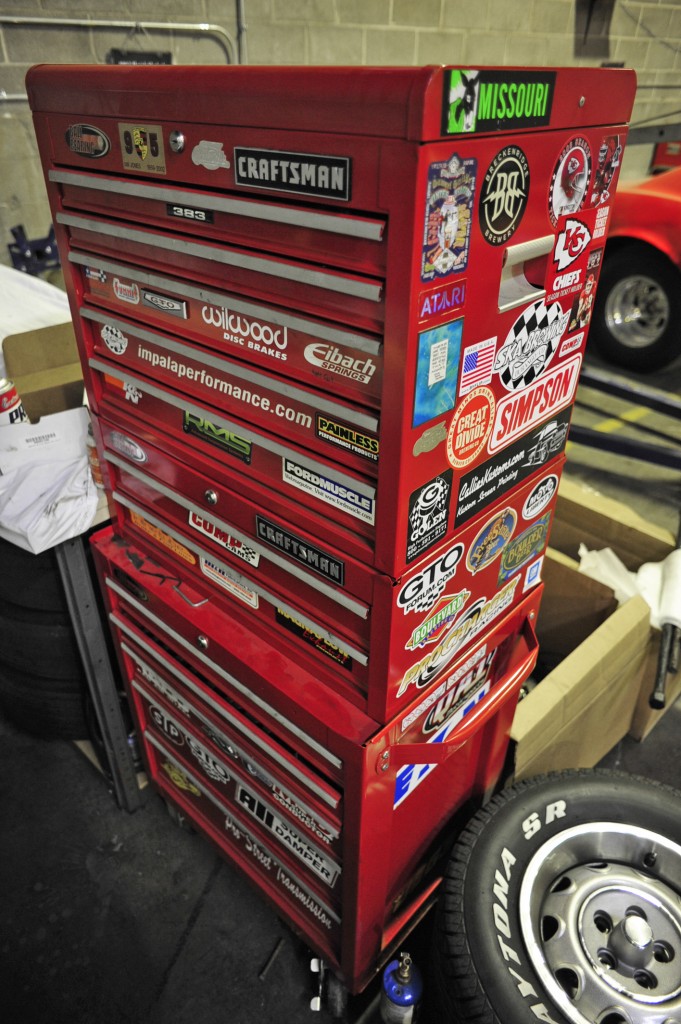 Hey! Is anything going on with that Duster, or what?!