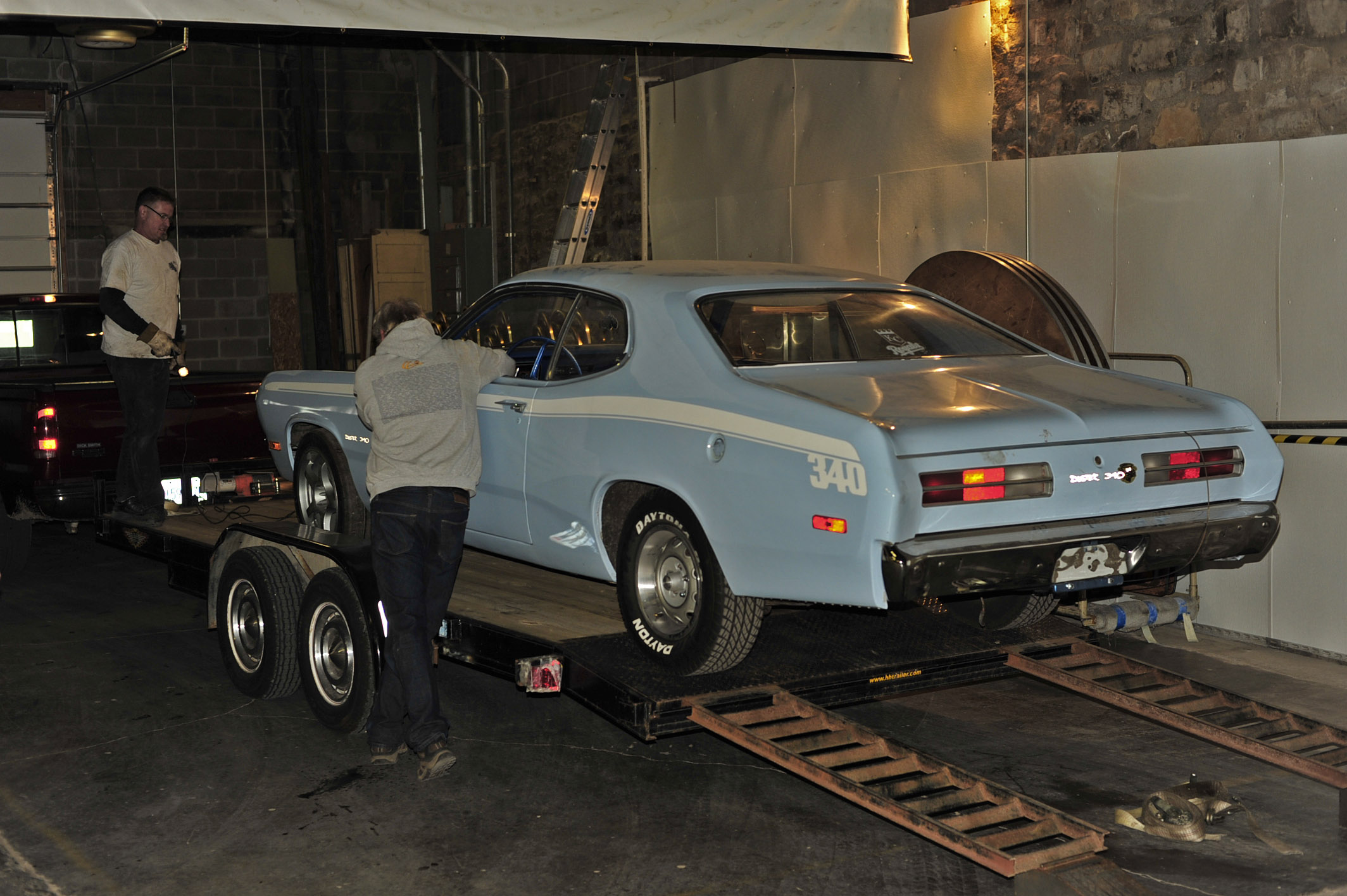 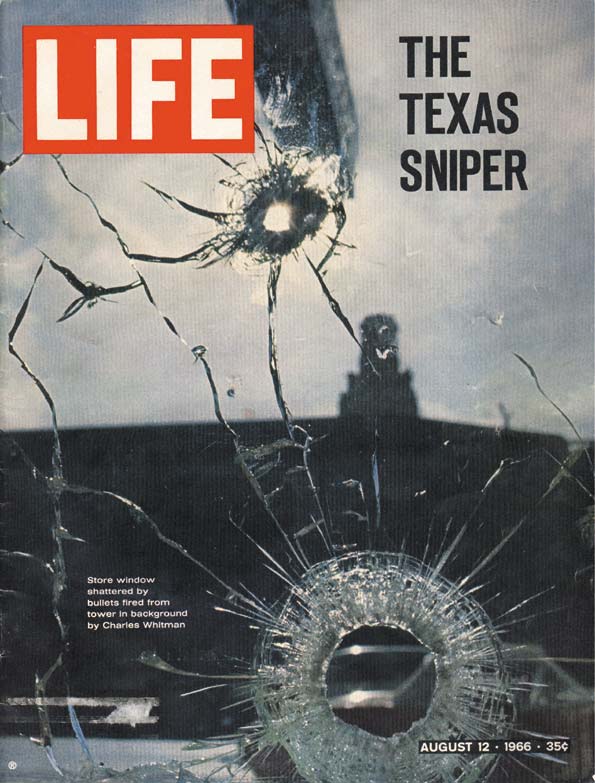 On August 1, 1966 Charles Whitman made his way to the 28th floor observation deck of the main building at the University of Texas in Austin, Texas. He went on to murder 17 people and injure 31 in a 96 minute shooting spree. Some believe his rampage was brought on by a brain tumor, while others blame the doctor prescribed Dexadrine, which was one of the very first of psychiatry’s mass-marketed drugs. There are also rumors that he was in the middle of a 354 Hemi powered ’32 Ford high-boy project which was simply giving him fits.

Okay, so I just read Jim’s latest post and I must say I’m a little bummed out now. Jim is usually an upbeat guy so in order for him to be so open and honest about his latest failures and disappointments he must really be hurting inside.

There’s an unwritten rule around here that we don’t step on each other’s posts by adding a new one covering a different build within a few days. After thoughtful consideration, I feel the need to break this rule for the sake of levity. Discussing failures and disappointments is an important part of a blog like this. It’s how we learn and grow, after all, and by pretending otherwise we would be cheating ourselves and our four to seven regular readers. But I believe Jim’s dreary recounting of the Camaro situation is just too much for an optimistic site like this. I’m not sure if he was coming from a place that would lead him to huddle in a dimly lit room with a bottle of Old Crow, wearing nothing but a soiled bath robe, or head to the nearest bell tower with a scoped .30-06 and a whole lot of ammo. Should there be an even darker corner of his psyche, this blogger would rather not speculate on it.

Yesterday was a pretty big day for the SRT8 Duster project. And also one of rare serendipity when it comes to these kinds of things. In a timeframe of just about three hours I was able sell off the engine, transmission and a bunch of random parts and get the duster shipped off for the next phase of Project Hemi Duster.

Last October I placed an ad on Craig’s List for a bunch of 340 Duster parts including the engine, transmission, k-frame, brakes, etc. Craig’s List being what it is I received several emails and texts from scammers, a bunch from apparent losers and a handful of what seemed like legitimate inquiries that just didn’t pan out. The ad eventually faded and I moved on to different things while all those parts collected dust and took up room. Eventually all that clutter started getting me down and I let Jimi know he could send the k-frame to the scrapper. It was big, heavy and bulky and I had lost confidence in anybody taking it off my hands.

Not long afterward I got a call from one Kevin N. from somewhere in Minnesota. He was one of the more serious callers from my Craig’s list ad who happened to have business in St. Louis, MO and wanted to head to Kansas City afterwards to purchase my pile of Mopar A-body parts. Of course the main thing he wanted was the disc brake equipped k-frame. I cursed my impatience in letting go to the scrapper. Undeterred, Kevin still wanted the other parts. 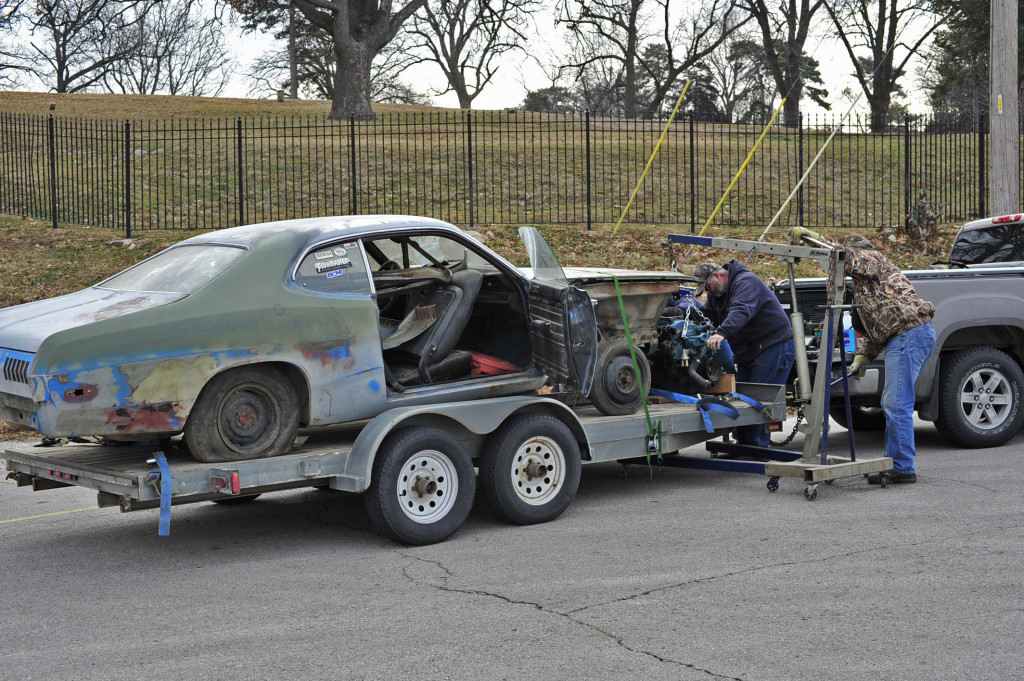 Turns out, his business in St. Louis consisted of purchasing a dilapidated 1972 Dodge Demon that actually has a pretty decent body and plenty of potential. It marks Kevin’s third Demon and is being slated as a future project. I’m not sure it if my old 340 is destined to lay between that Demon’s frame rails or not. 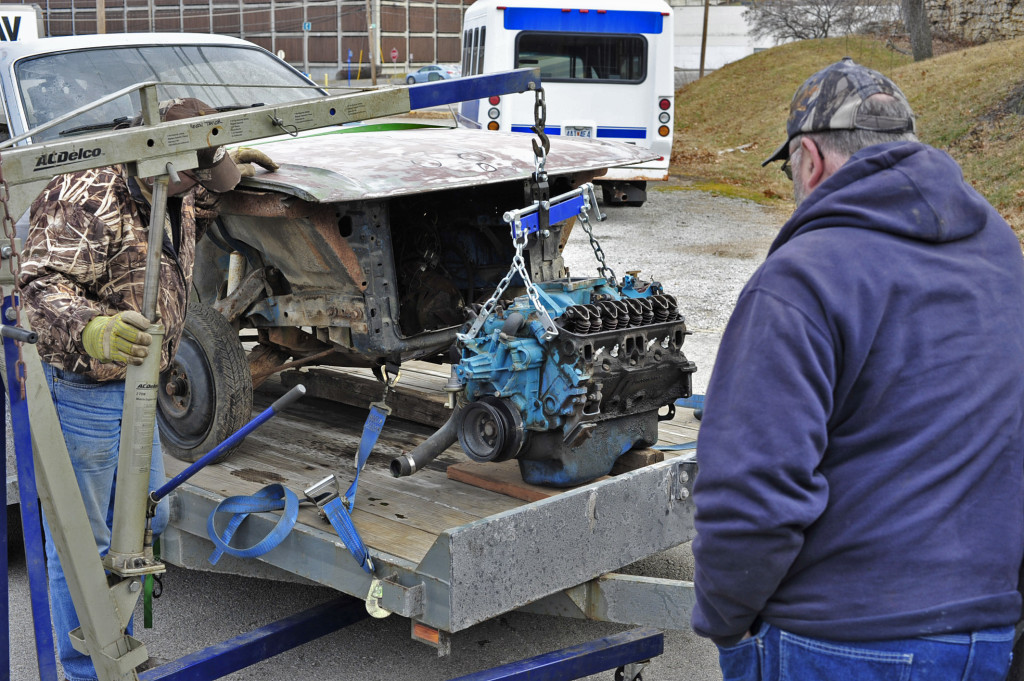 Kevin inspected the engine and transmission and deemed then good. We then reviewed all the other crap that was stuffed into boxes, laying on the floor or stashed on shelves. Radiator and fan? Check. All manner of brackets, pulleys and linkages? Check. How about these snazzy Mopar valve covers? Check. And so on. We settled on a price and he and his crew began to stow and secure his bounty followed by handshakes, declarations of good luck and directions to the highway. And that was that. 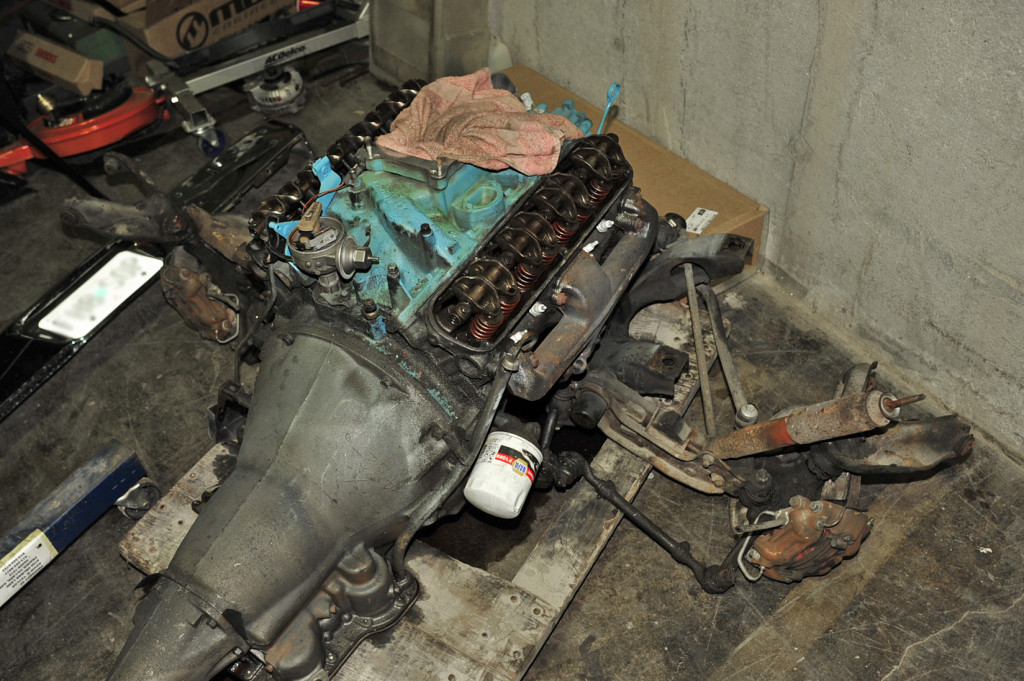 Glad the engine and transmission are going to a good home and disappointed the k-frame went to the scrapper.

Before they left Kevin and I had a chance to chat and he told me that one of the things he likes about projects like his is the opportunity they afford to meet different folks who also play around in this classic car sandbox. I heartily agree.

One guy I’ll be getting to know better is Kevin Broderick of Fabrications Unlimited. As I’ve mentioned before, he’s the cat who will be doing the fabrication work on the Duster. While I am pretty good at cutting giant holes into floorboards and cross members, I haven’t a clue about how to put them back together. Same goes for welding up sub frame connectors, four-link suspension mounts and the like. Kevin comes highly recommended and I’m confident he’ll be a huge asset to the project. 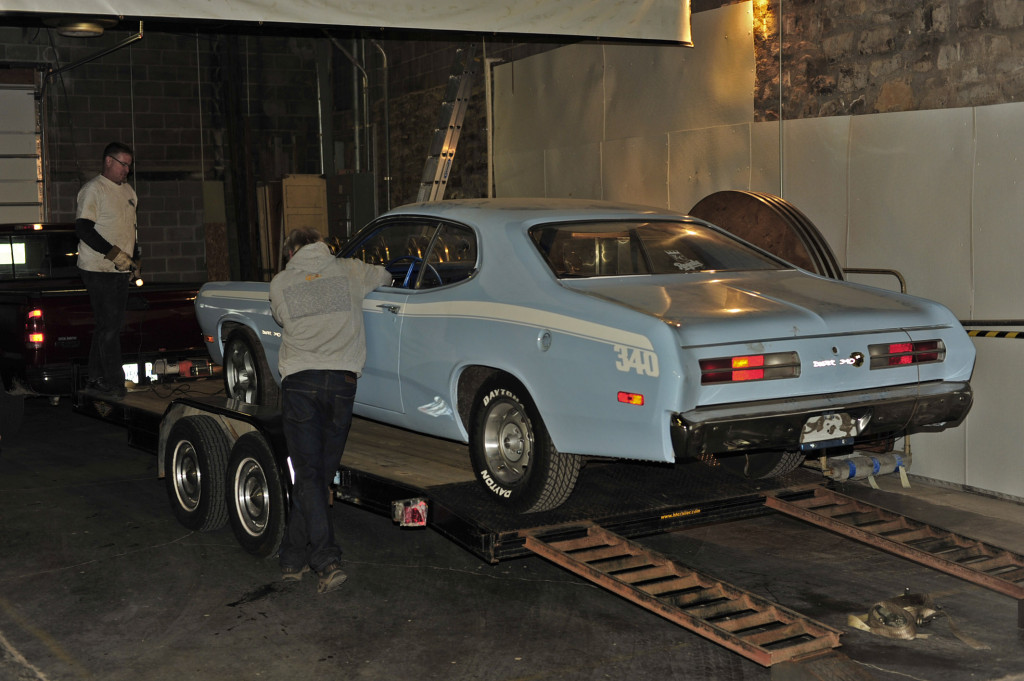 Not long after Kevin N. headed back to Minnesota Kevin B. arrived to haul the Duster to his shop. If things go right I should have it back in my hands in about a month. By then I hope to have talked Jim down from his Camaro induced cliff so I can get him up here for plumbing and wiring. We will then be frighteningly close to having a car that actually runs. Like I said, this blog is all about optimism!

In the meantime, I have some important things to figure out. Near the top of the list is a solution for the exhaust manifolds/headers, I’d rather do headers but if I have to find a pair of those SRT8 Jeep manifolds I will. I like Jim’s idea about the side exit exhaust so I’m going to see if I can slap on some AAR ‘Cuda/Challenger T/A pipes style pipes. Then there’s the rear end. Looks like it shouldn’t be too tough to find a good 8.75″ center chunk. Jim and I noodled on the ratio and have decided to go with 3.55:1, which should be a good number considering the gearing of the NAG1. Then there’s the brakes. Do I stick with manual or try to fit a hydroboost system? Right now I’m leaning toward the former given time and expense involved with the latter.

I’m no expert, but I think manual brakes sound like a good idea.

Manual brakes will be functional, but are not the Final Solution. I predict an ultimate retrofit. 93% Awesome isn’t awesome.