Well, we made day one of the actual Power Tour with little drama (yesterday was a long drive just to get TO the event). Got up early (7!) and traversed to the venue in Arlington to line up with the rest of the Long Haulers- about 1400 cars. This meant it took over an hour to then file back out at the official start.

But we were in the thick of it, towards the back of the pack. That many cars going through small towns lead to many traffic jams. This gave us a chance to do some creative navigation, and move up in the pack. Bought us time for our donut stop, and to pick up some ice and water and stuff.

Oh, we stopped in one town where the local hot rod club was giving away free cold drinks- here Bill spotted a loose (falling out) bolt on the left front brake caliper. Oops. 12 miles up the road, a handy Walmart got us the missing nut, a tube of loctite, and a set of allen wrenches, along with 2 folding chairs. 5 minutes in the parking lot, and we were back on the road.

There are a lot of cars here- seems like a lot more than in Arlington. Like us last year, folks join the tour along the route. And you get the locals that will join for just the day, bringing their cars. Gotta be over 2000 cars here. I can count at least… Twenty cars from here in this chair! That’s nearly a million!

Anyhow, I think that’s the last day we attend that drivers meeting early in the morning. We can just leave the hotel an hour later, jump onto the route, and be out of much of the traffic.

One of the “way we do it” elements of Jim and Bill power-touring is our willingness to leave the official route. Traffic? Go around. See the world! 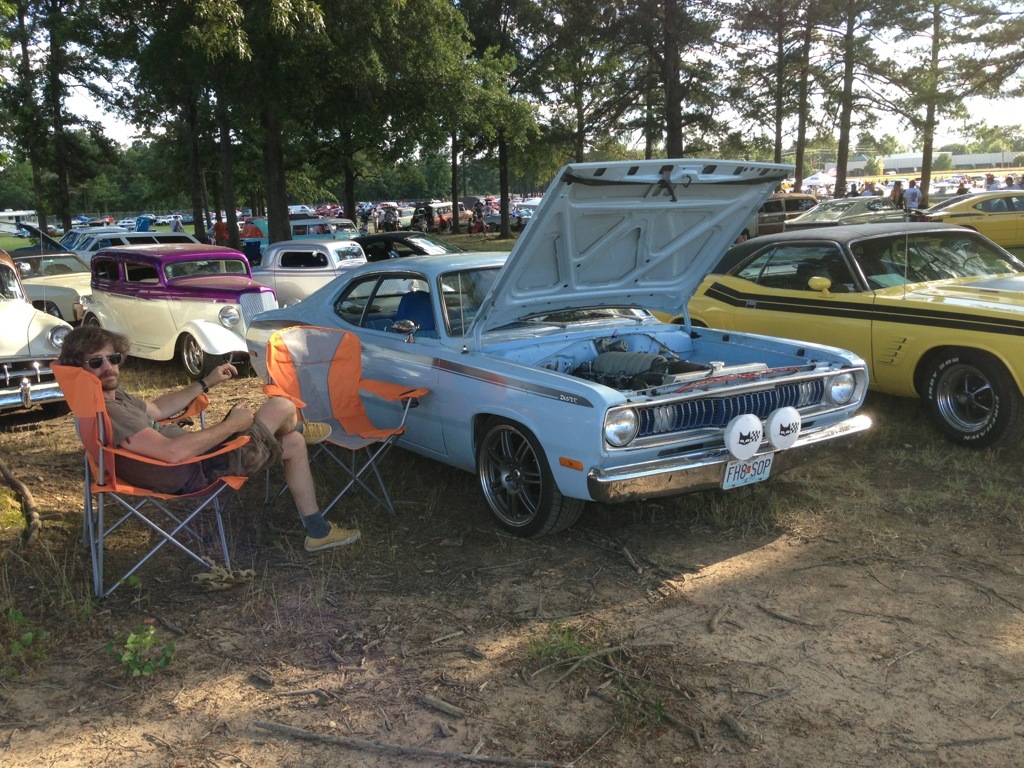