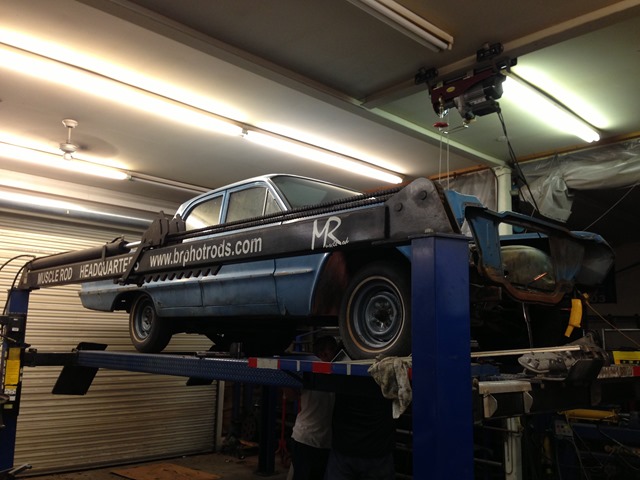 …and because I didn’t really think about it.  I do have some pics of the car up on their lift, which is really almost as exciting. 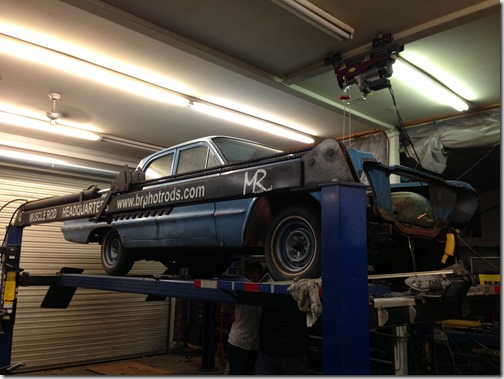 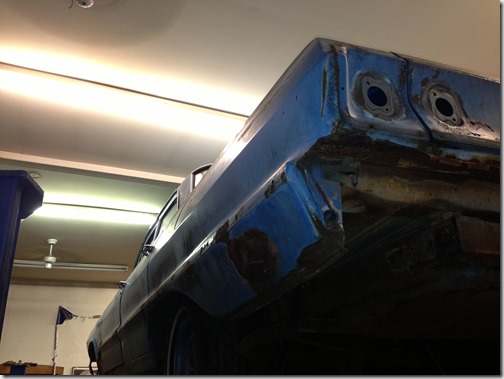 At any rate, the sheet metal appears to be in pretty fair shape for its age.  There was at least one collision at some point in the late Permian era, and most of the body issues seem to be associated with that event and its subsequent repair.  Problem areas include, but are not limited to:

We’ll know more once everything is down to bare metal, but at least things look relatively positive at this point.

We should be on schedule to get the car back some time next week.  After that, I’ll need to take out the interior and then it’s off to body and paint.

Whew – this is getting real, folks.

She’s coming back! I remember one story about Grandpa wrecking that car by backing into someone or some thing. I associate a long discussion about his inability to turn his head because of a neck issue.

A-Ha! That would explain the rear driver’s side Bondo. The stuff on the passenger side is Paris’ fault. ;-D

This shit is getting real, indeed. Exciting.