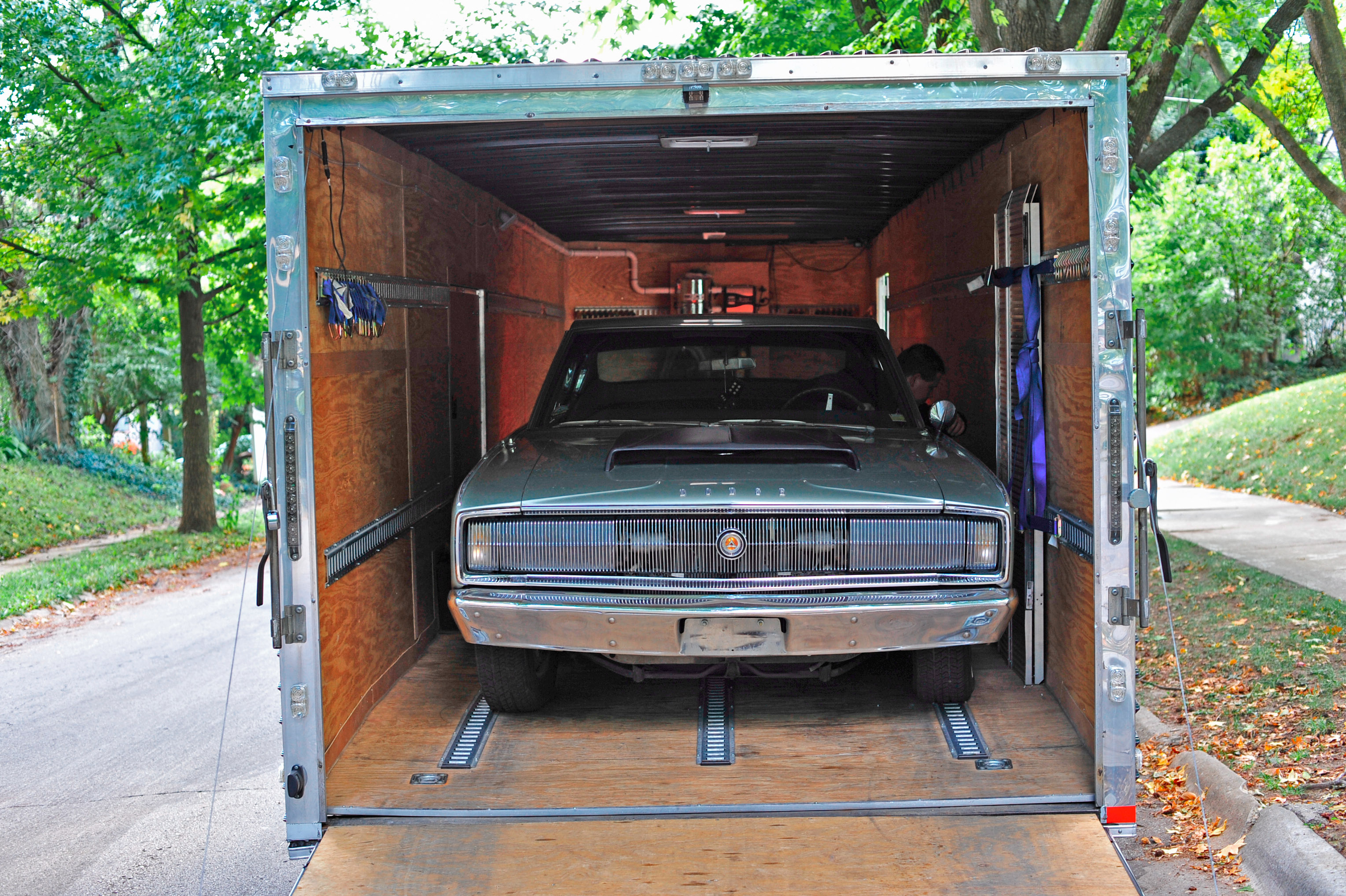 Good Riddance or Farewell? The ’66 Charger Goes Away. 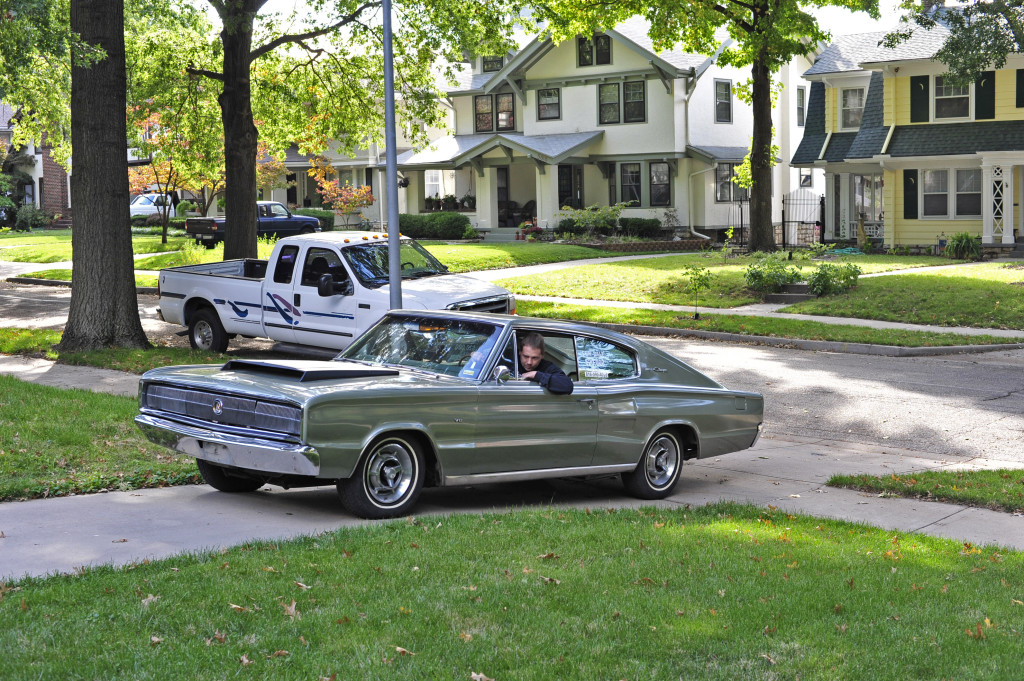 A guy driving a big pickup truck attached to an enclosed two-car trailer showed up. It was his opinion that he was supposed to take possession of the ’66 Charger. I figured why not. It was taking up space and I was glad to see it go. I handed him the keys and wished him luck. The door hinges howled and screeched as he opened the door, and then again when he attempted to close it. After no small amount of cursing the car and pumping the gas pedal, the Charger wheezed to life in within a noxious cloud. Eventually the smoke cleared and The Guy made his way to the awaiting trailer. 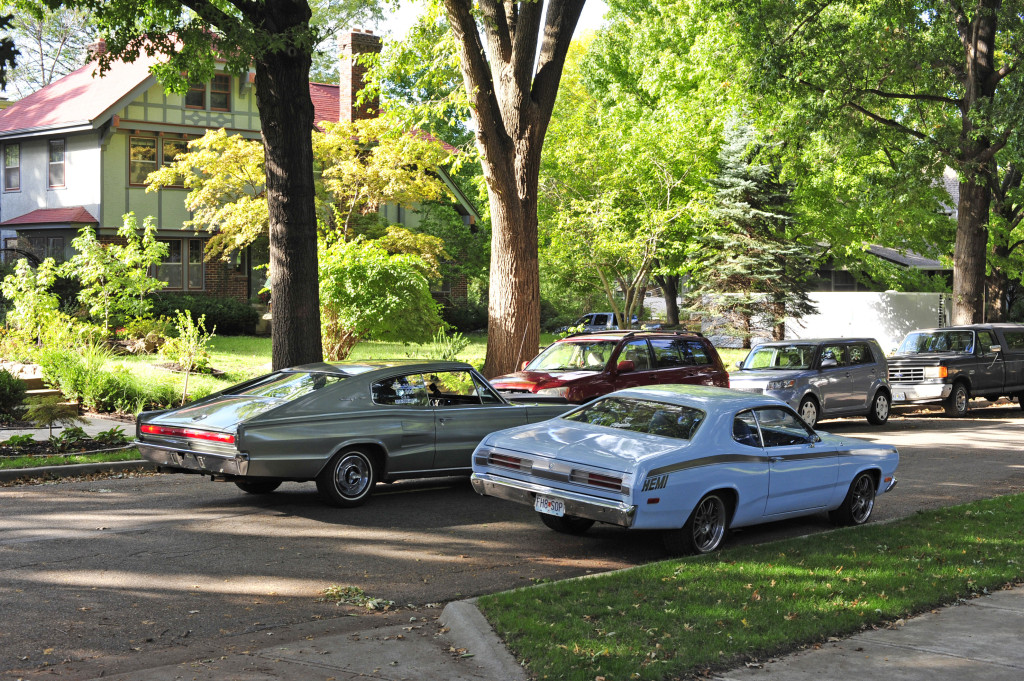 Somewhat warmed up and running fairly smoothly, the charger strikes a pose with the Duster as The Guy motors it towards his rig. The Duster is six years newer than the Charger in terms of model year. But when it comes to acceleration, handling, braking and deafening exhaust noise, the Duster is light years ahead of this mid-sixties relic. There’s a slim chance that the Charger has the edge when it comes to build quality and originality, however. I cant help wonder what’s in store for this green/gold behemoth as it wades down my street. 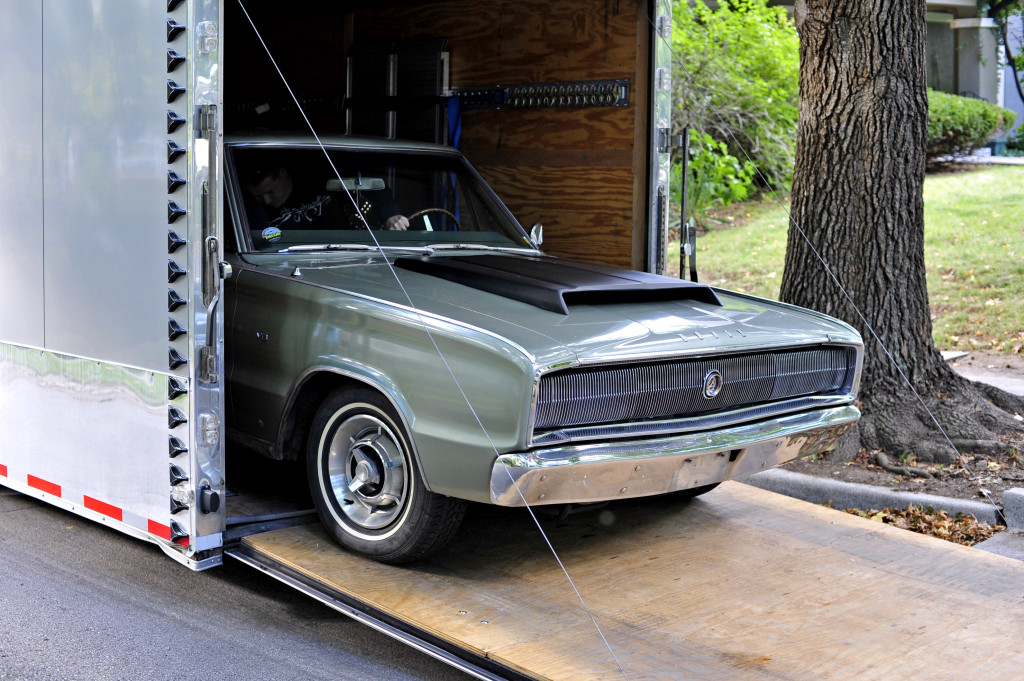 The Charger shutters and chokes as The Guy attempts to line it up and back it into the trailer. There is a 50/50 chance that he will succumb to carbon monoxide poisoning before he manages to finish his task. There is now a foul odor permeating the neighborhood but he is performing better than expected. 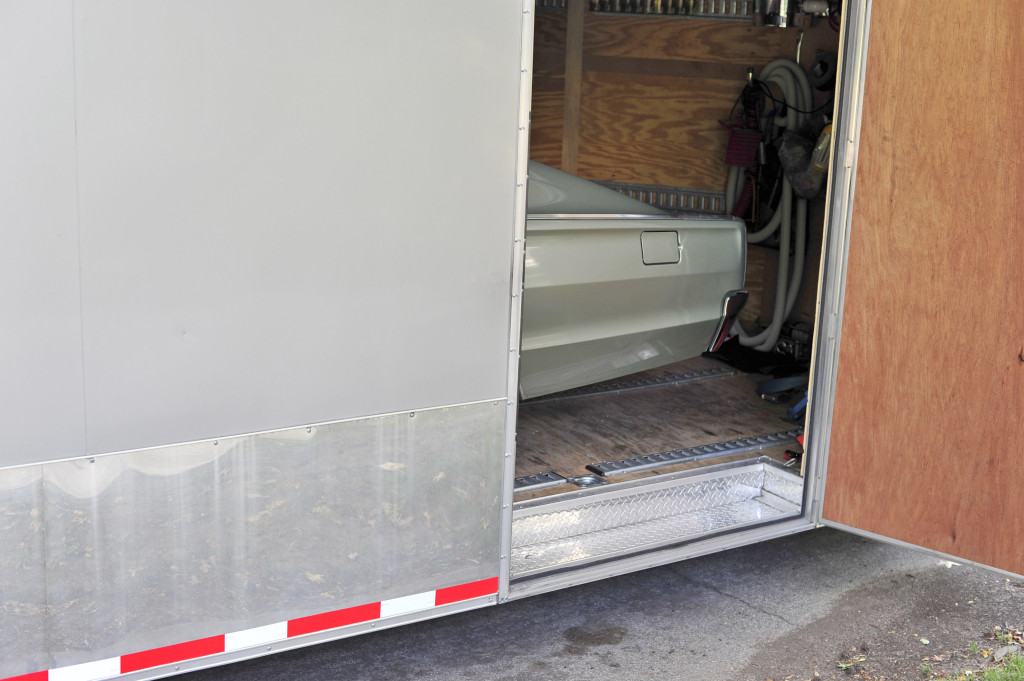 The Guy showed he was a true pro as he manages to remain conscious throughout the loading procedure. The Charger appears to be secured and ready to go. 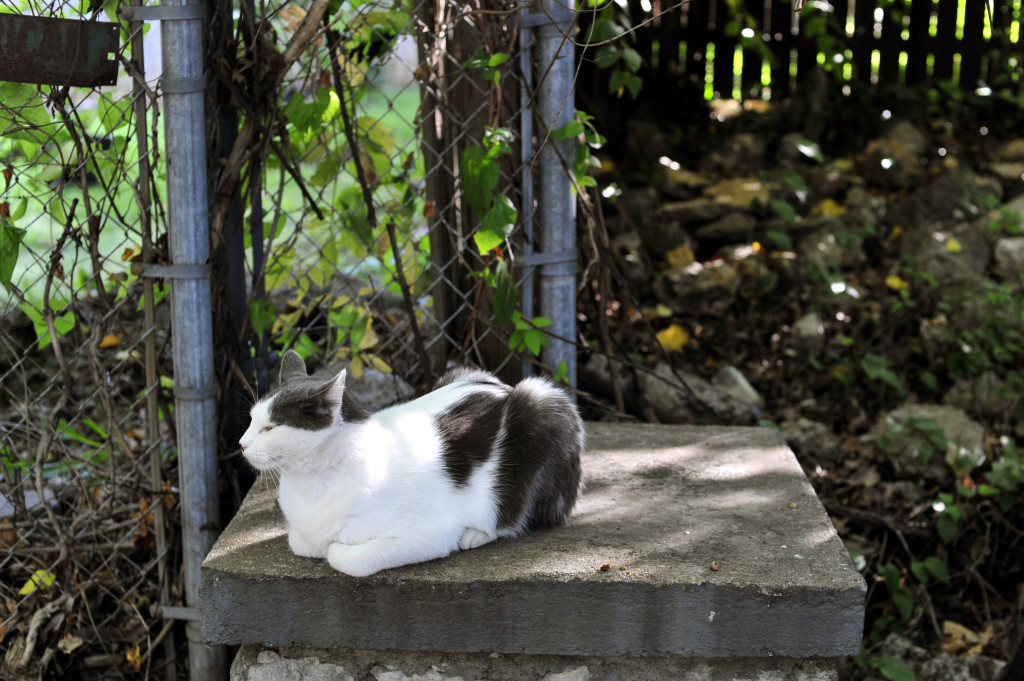 This is about the time I noticed that my cat Muncie was watching the whole thing go down from a concrete and stone podium a half block away. The Guy was finishing up when I went to check on Muncie. He was a little uneasy with the noise and stench of the Charger loading process, but fine overall. He meowed and mugged to the camera as The Guy pulled away.

Why is the Duster getting rained on while somebody's shit box Dodge sits in the garage?

Almost as good as “The time I fed Bill’s cats.”