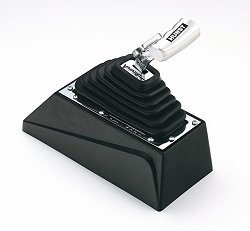 At some point soon after the purchase of the car, using a utility knife, I cut away the vinyl roof…  I had discovered the ugly vinyl was hiding an ugly secret…  RUST and ROT.  Fuck.  No worries!  I chipped and cut away what I could and covered the largest holes with duct tape! Unfortunately, I do not have photos documenting my embracing this white trash practice.  I bought this beast, rust and all, in ’94.  Six years later the notion of painting the car was prioritized.  I knew documentation would be something on which I would look back upon fondly and shot pics of the body work and paint prep…  Lots of fiberglass resin, Bondo, epoxy, J B Weld and other creative means were implemented to prepare for Maaco…  Yes, Maaco.  Scroll down to check out the handy work!  (Click on the shots for a larger version) 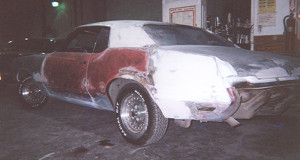 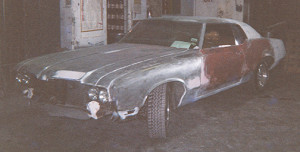 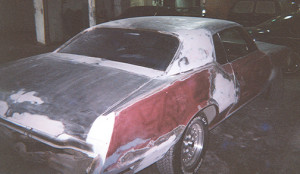 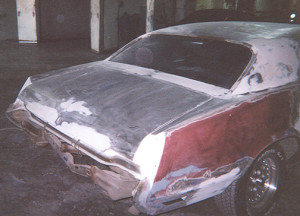 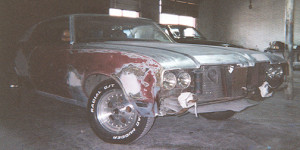 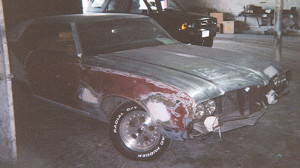 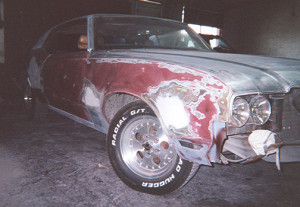 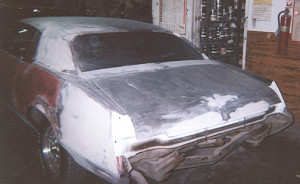 So…  Once all the shit work was completed, I drove her over to Maaco.  The photos were all shot on-site, prior to the painting.  I chose Fleet White as the “color”.  My rationale behind the expressive coating:  It would attract less attention from law enforcement!  The price was right and, with expected Maaco fuck-ups and oversprays, my ride was protected from the elements with snappy, heat reflecting (I live In Texas) white paint!  Check it out…  (yes, more scrolling) 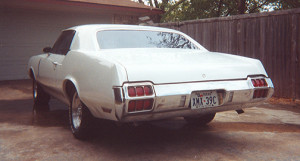 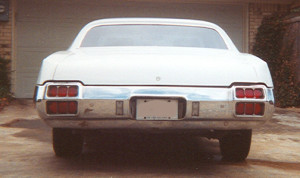 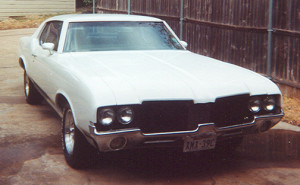 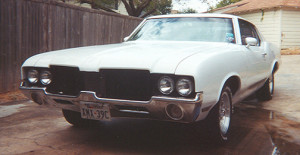 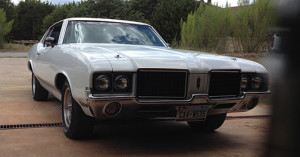 Plain, simple and clean.  Some of the best money I have spent thus far was the tab for this paint job.  It has protected the car for thirteen plus years.

The receipt for the job: 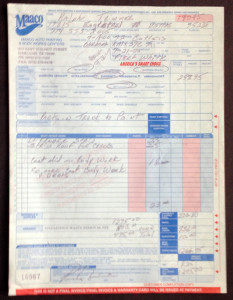 In addition to the paint and body, various other items were addressed…  All in the spirit of bringing the car back to a respectable state…  Below (more Goddamn scrolling) are some images to illustrate the journey….  Trunk was freshened up.  Under the hood: Brake booster (a complete brake job too), K&N air cleaner, re-built / re-jetted Rochester Q-Jet, phenolic carb spacer, hoses, MSD ignition, valve covers (sweet Mickey Thompsons my buddy, Robert spotted at a swap meet).  I Pulled the carpet and took care of the floor and driver’s compartment… 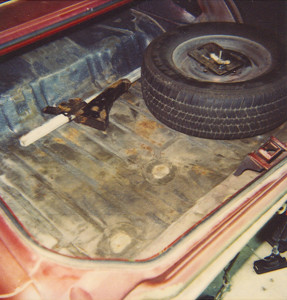 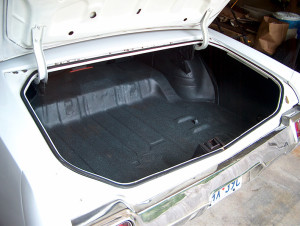 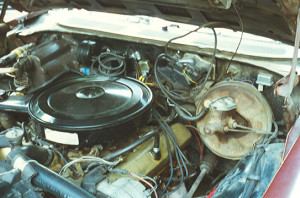 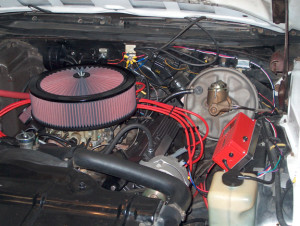 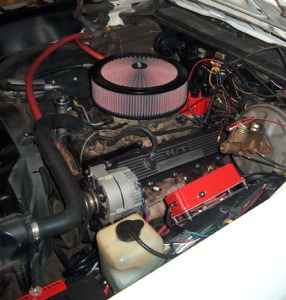 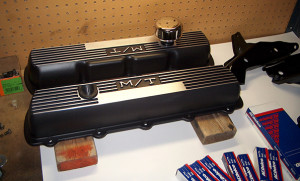 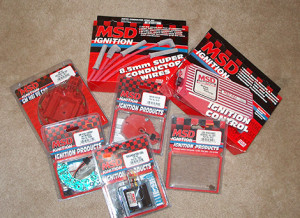 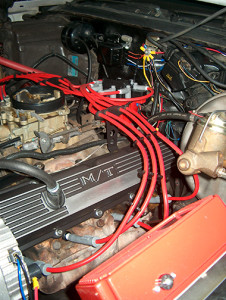 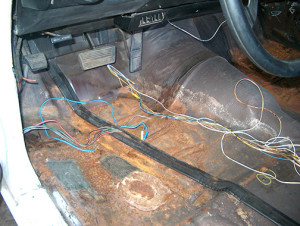 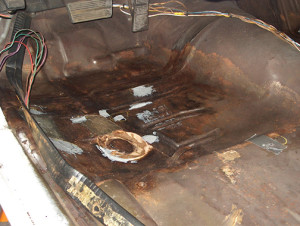 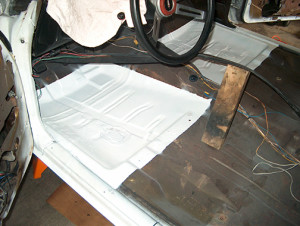 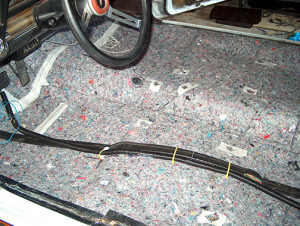 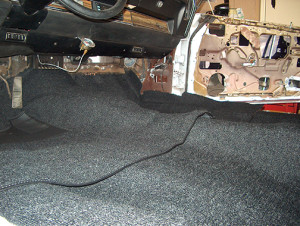 Future photos will show the interior as it nears completion.  I installed Corbeau bucket seats and harnesses a while back.  Years ago, I procured the appropriate sport steering wheel, replacing a tiny, trashy, Grant-type thing, with which the car was equipped at time of purchase…  Good riddance!    New door panels and nearly – if not all – the rest of the interior – is on shelves in the garage, awaiting installation.  The switch has been made to a black interior, replacing the hideous color (saddle) someone at GM felt was an attractive hue, back in the early 70’s.  A new headliner, window tint and stereo upgrade (MP3 friendly) are in the works…  A Hurst V-Matic floor shifter is a currently being installed, to replace the awkward AT column shift.   I’m gonna be a comfy, happy bastard on Power Tour!

Hurst shifter, K&N filtercharger air cleaner, fancy plug wires, what else does a guy need?! I have to admit, that car looks much better than I remember from your description. You’ll be Power Touring before you know it!

Jim… Apologies for the massive delay in replying. November was a whirlwind. Yes, indeed… Lots of goodies = Lots of fun. What else does a guy need? The list of stuff I require to complete the job is staggering. My next post will attempt to shed light on my intentions. June will be here all too soon!