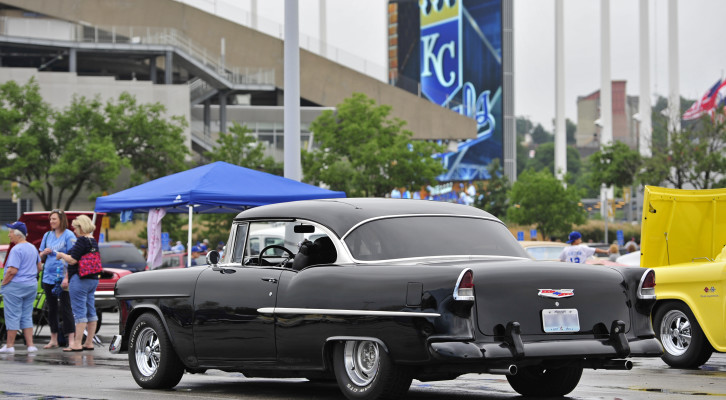 The Kansas City Royals recently held the 5th annual Cruise at the K at Kauffman stadium. For those not familiar with the Royals, one of their uniform colors is a sweet powder blue that is almost identical to a certain Plymouth Duster. Naturally, I had to attend. Mainly because there was a fan vote that would send the ten most popular cars onto the playing field for a for a victory lap around the warning track.

Before the cruise I was absolutely certain that the Duster would easily make the cut. It’s the perfect color scheme AND there’s a Royals sticker on the rear window. It wasn’t applied to garner favor with the fans, either. It was the very first thing I added to the Duster after purchasing it a few years back. By the time the voting was finished I had covered a wide range of emotions including resignation, bitterness and all out fear that I would get to drive the Duster on the warning track. 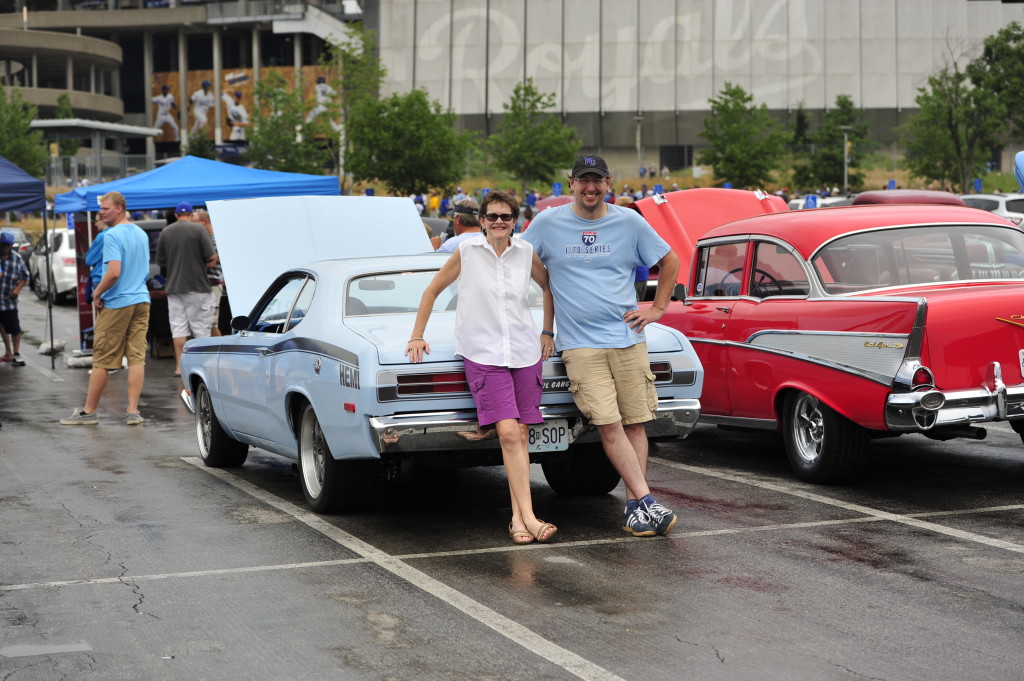 Sally and I pose with the Duster. Note the sweet stance and the fat meats.

My wife Cheryl and I decided we couldn’t leave this thing to fate and started canvasing the fans for votes. I felt just like a sleazy polititian as I grandstanded for the attention of anybody who would pay attention. Here’s my main talking point: “If there’s any car here that was meant to take the field at Kaufmann stadium it is this powder blue Duster!”

The seats for the game that were included in the car show package were crap. Cheryl is used to nice things and she was able to extract some better tickets from one of her vendors at work. This ended up being important because fans were able to get one ballot per ticket. And we had extras. Cheryl and I were able to vote four times as a result and our friends Gary and Sally, who were attending the game with us, could vote twice. With six votes in hand it would be interesting how many votes our canvassing efforts produced. The answer is four. Turns out, ten votes was good enough for seventh place. The Duster would take the field! 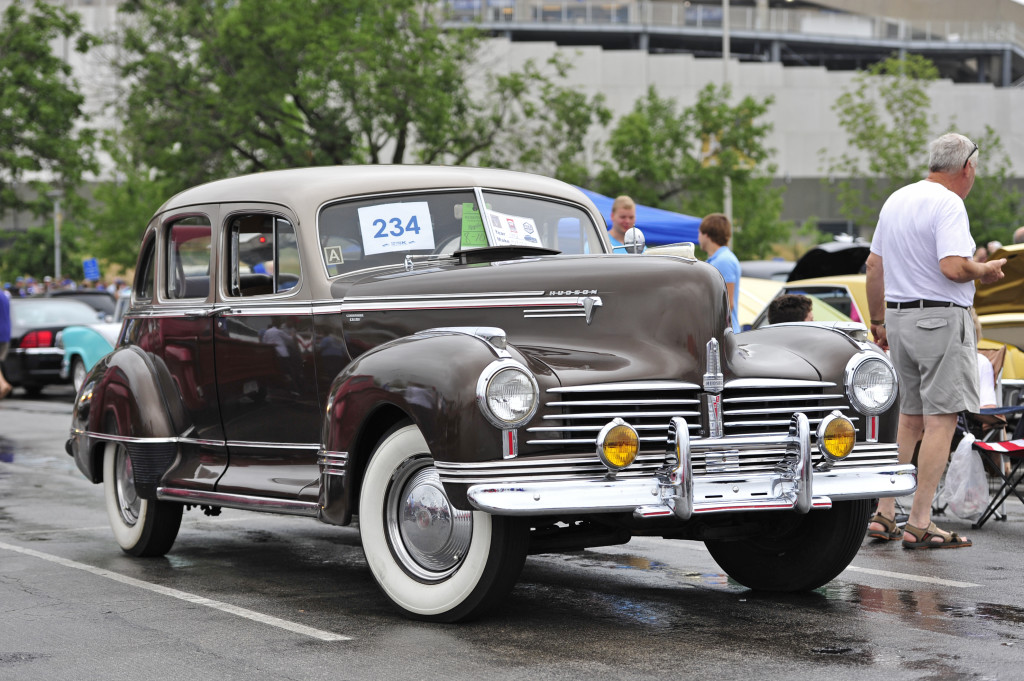 Were I not voting for the Duster, I think I would have gone for this kick ass brown Hudson. I’m a sucker for brown.

In a blatant exhibit of ballot stuffing, the number one car would receive fifty-four votes. I’m afraid I can’t offer a photo of the winning car because I didn’t think anybody really wanted to see a red 1972 Chevrolet Chevelle SS. Sure, it was a 454 car and all, but come on. That smog motored Chevelle was among the least interesting cars in attendance. More power to its owner for managing to bring fifty-three friends to the show. All that aside, the important thing here is that the Duster would be in The Show. 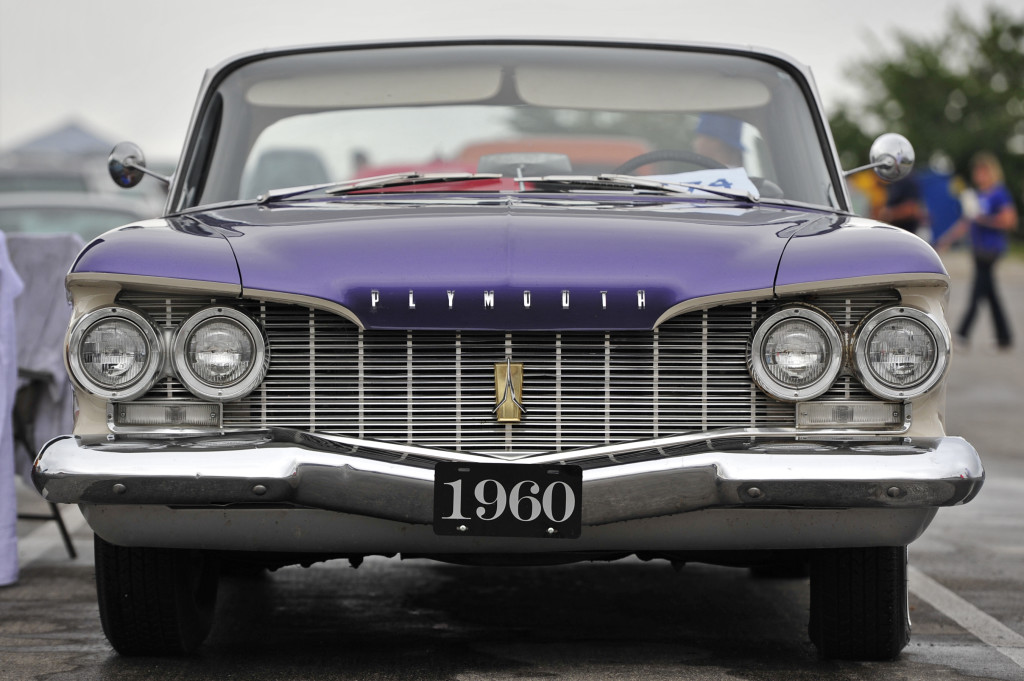 This cool purple Plymouth was unable to garner enough votes to get on the field. Shame. 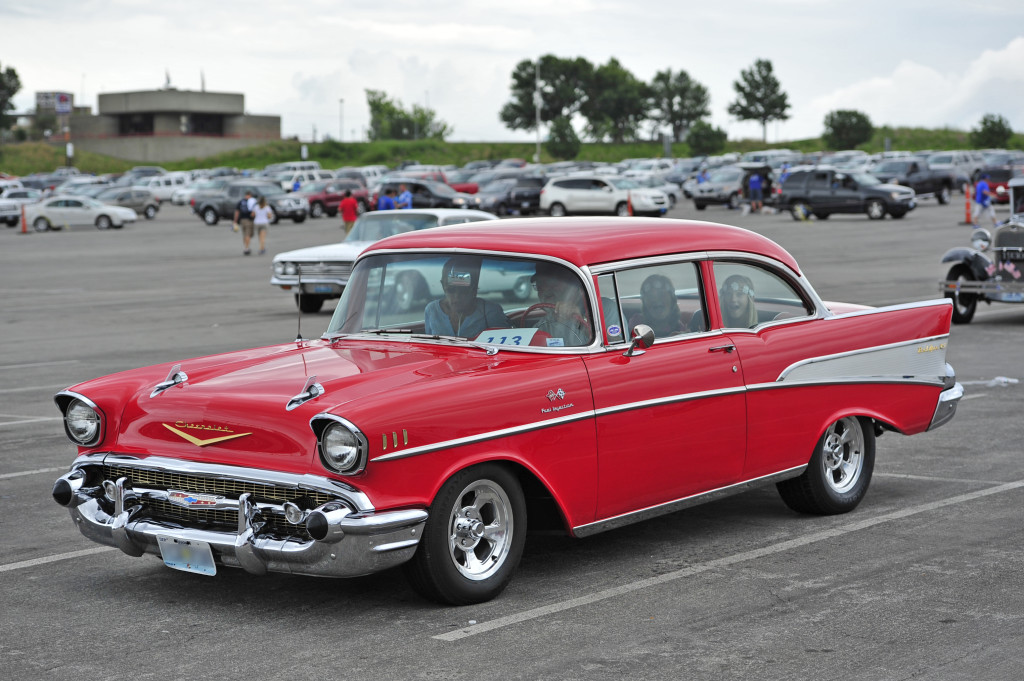 Shoe box Chevys are pretty ubiquitous. But man they’re cool. I think the girls in the back were mocking me. 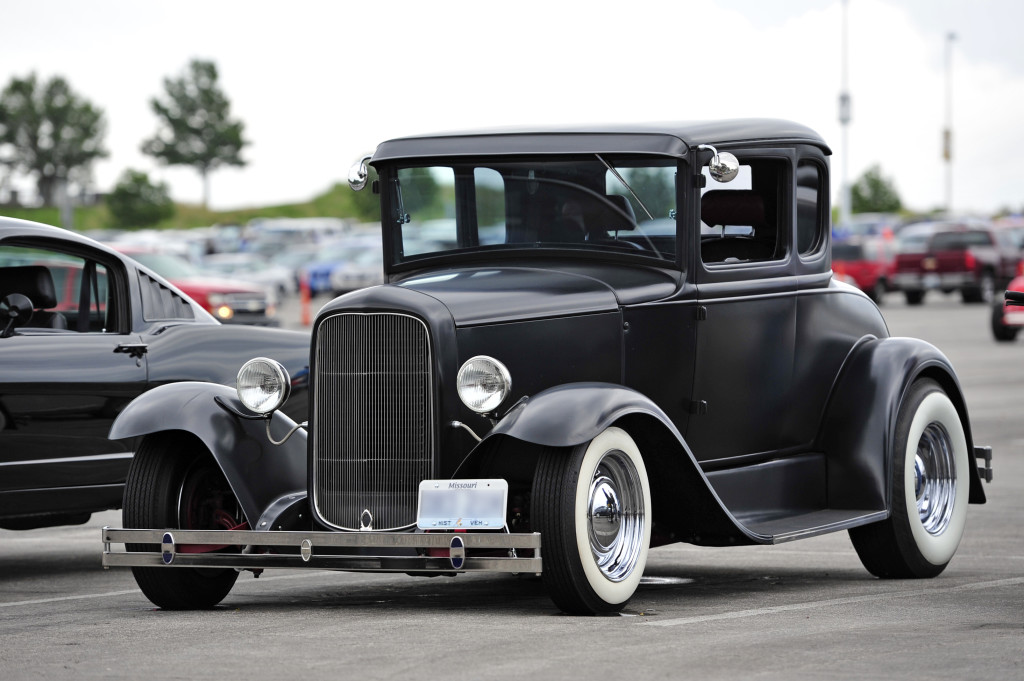 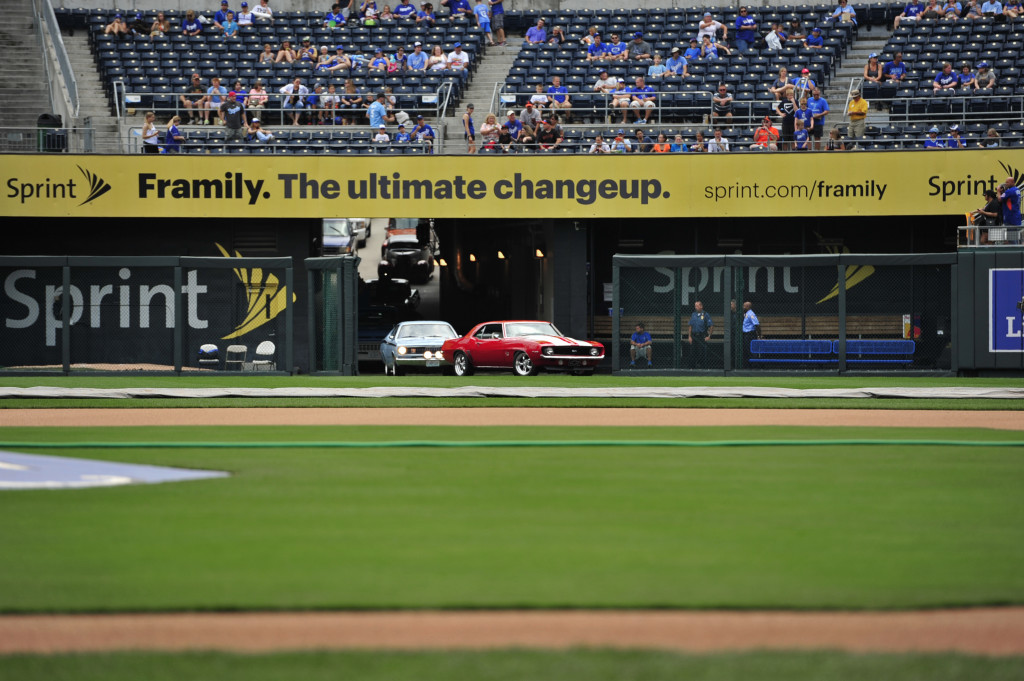 The Duster takes the field. I fired the lights for extra impact. 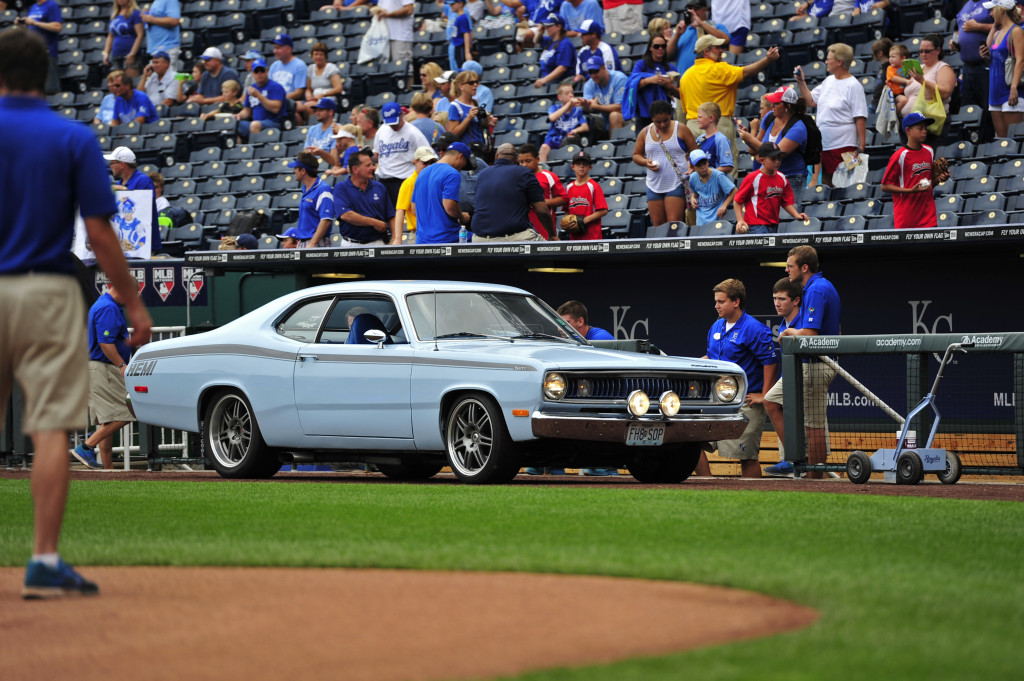 Normally I would get in a lot of trouble for motoring the Duster around the field. Note the sweet powder blue stripe machine. 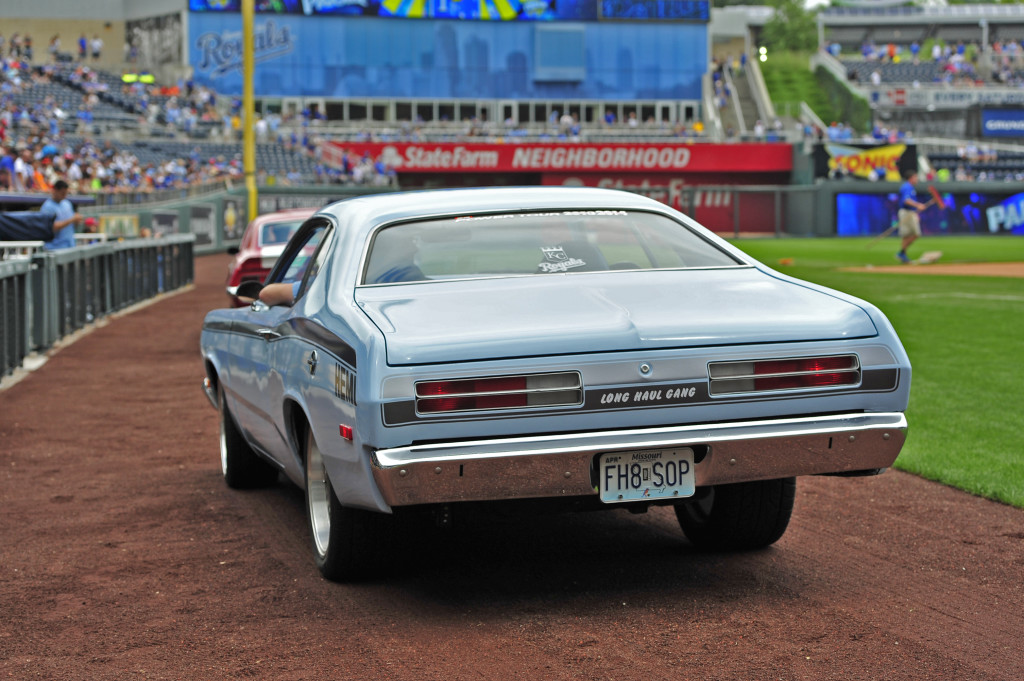 Was is difficult to resist the temptation to light em up? Yes, yes it was. 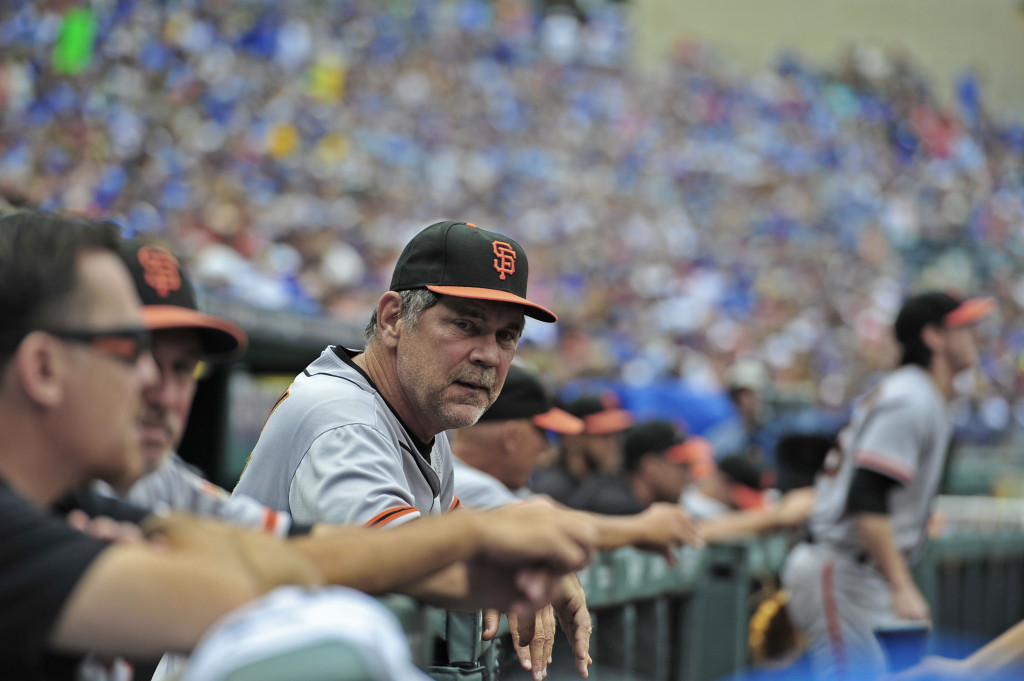 The game hadn’t even started and Giants manager Bruce Bochy already looked pissed. Things would only get worse for him as Tim Lincecum (background) would get shelled. 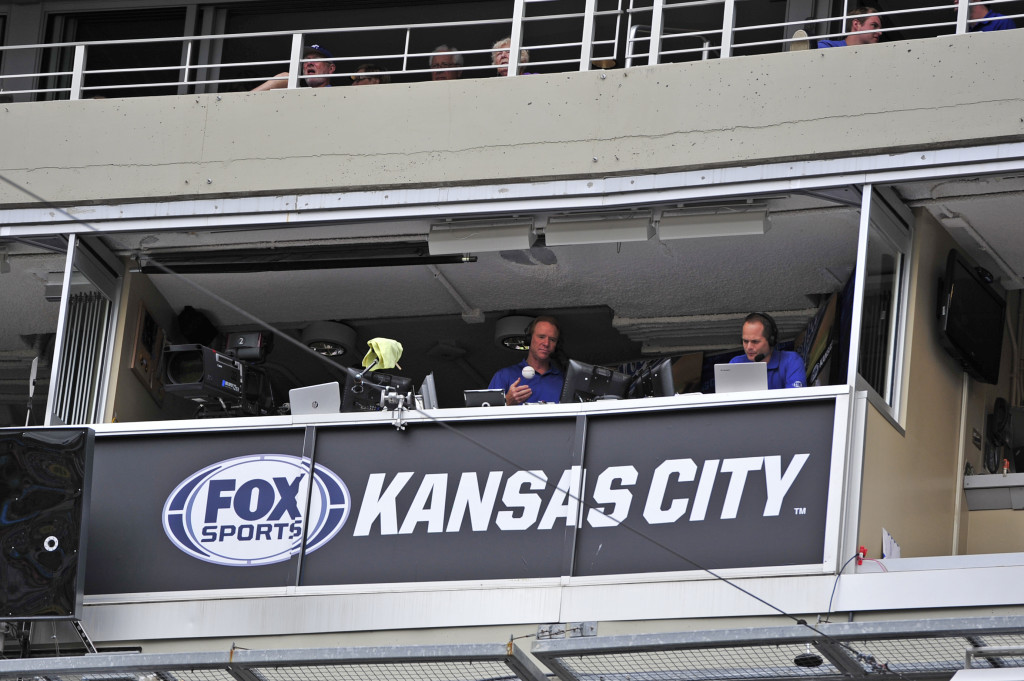 Hopefully the Hud got really excited about the Duster and said something crazy. 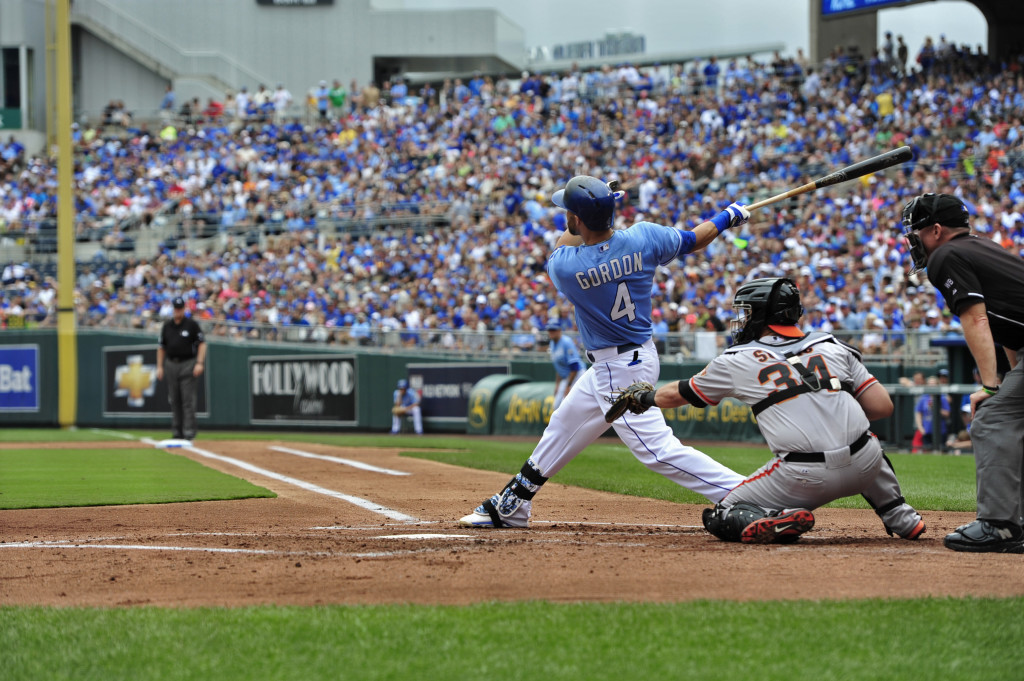 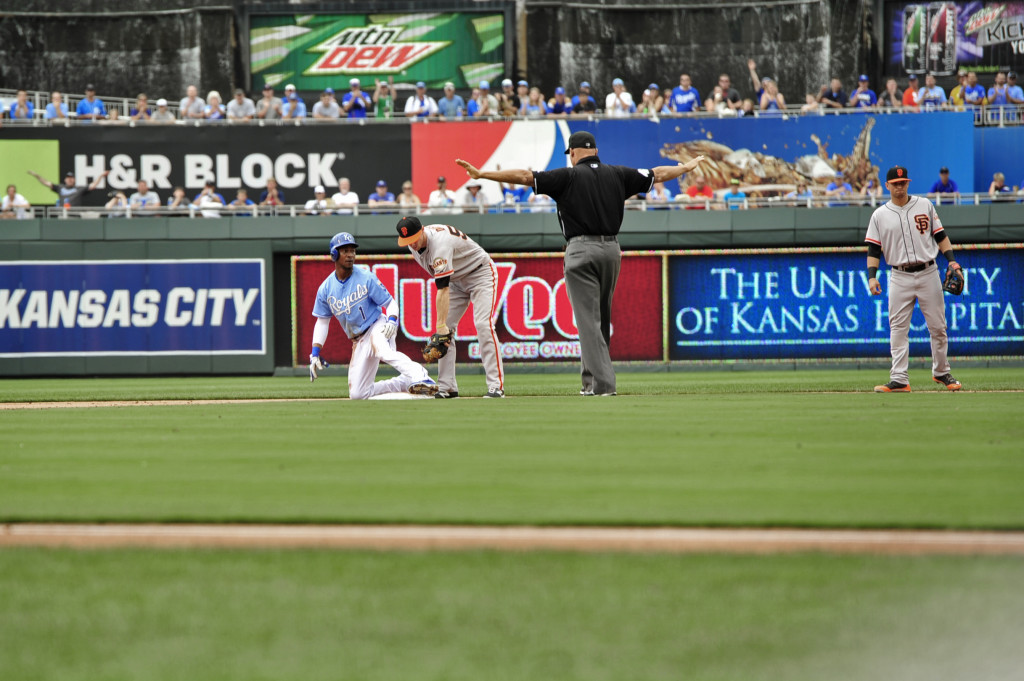 Jerod Dyson in his natural habitat. 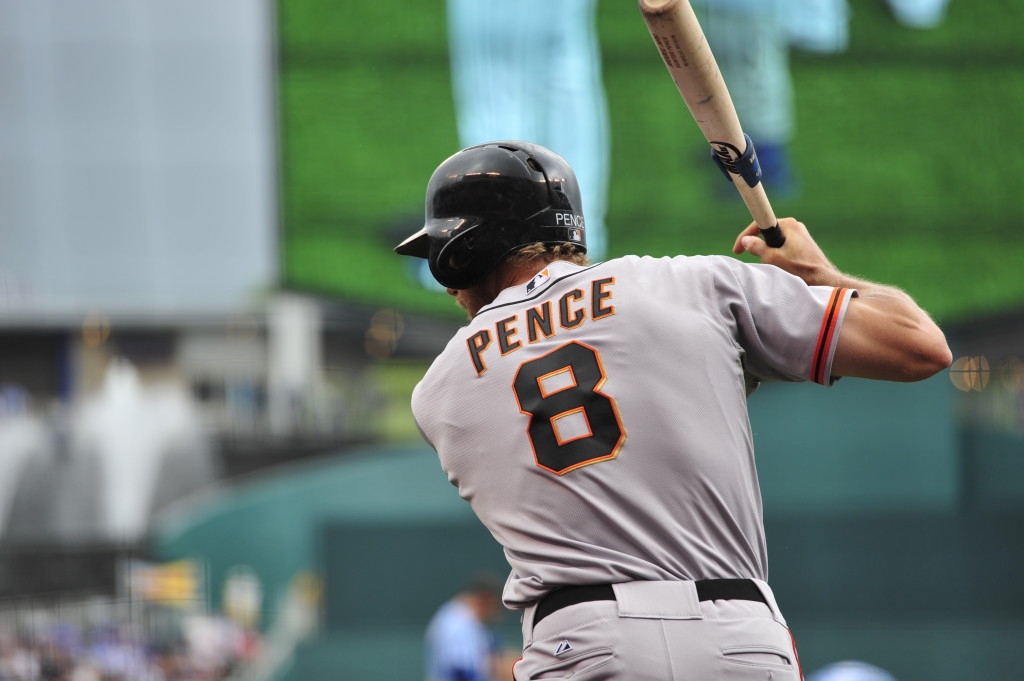 If Hunter Pence listened to his coaches he may have avoided an embarrassing 0-5 performance. 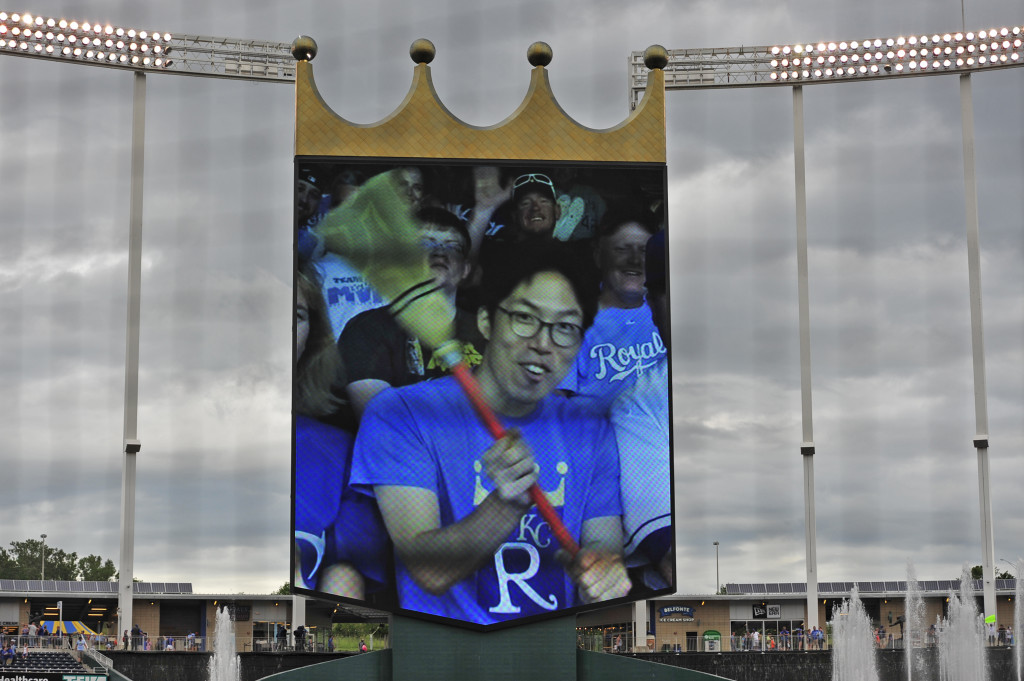 And that pretty much sums things up.

We had a great day at the K. The cruise was fun and it was a blast watching the Royals sweep the Giants. I think we’ll do it again next year. Plenty of time for me to campaign for fifty votes. Sixty?

Glad to Join The Brotherhood...