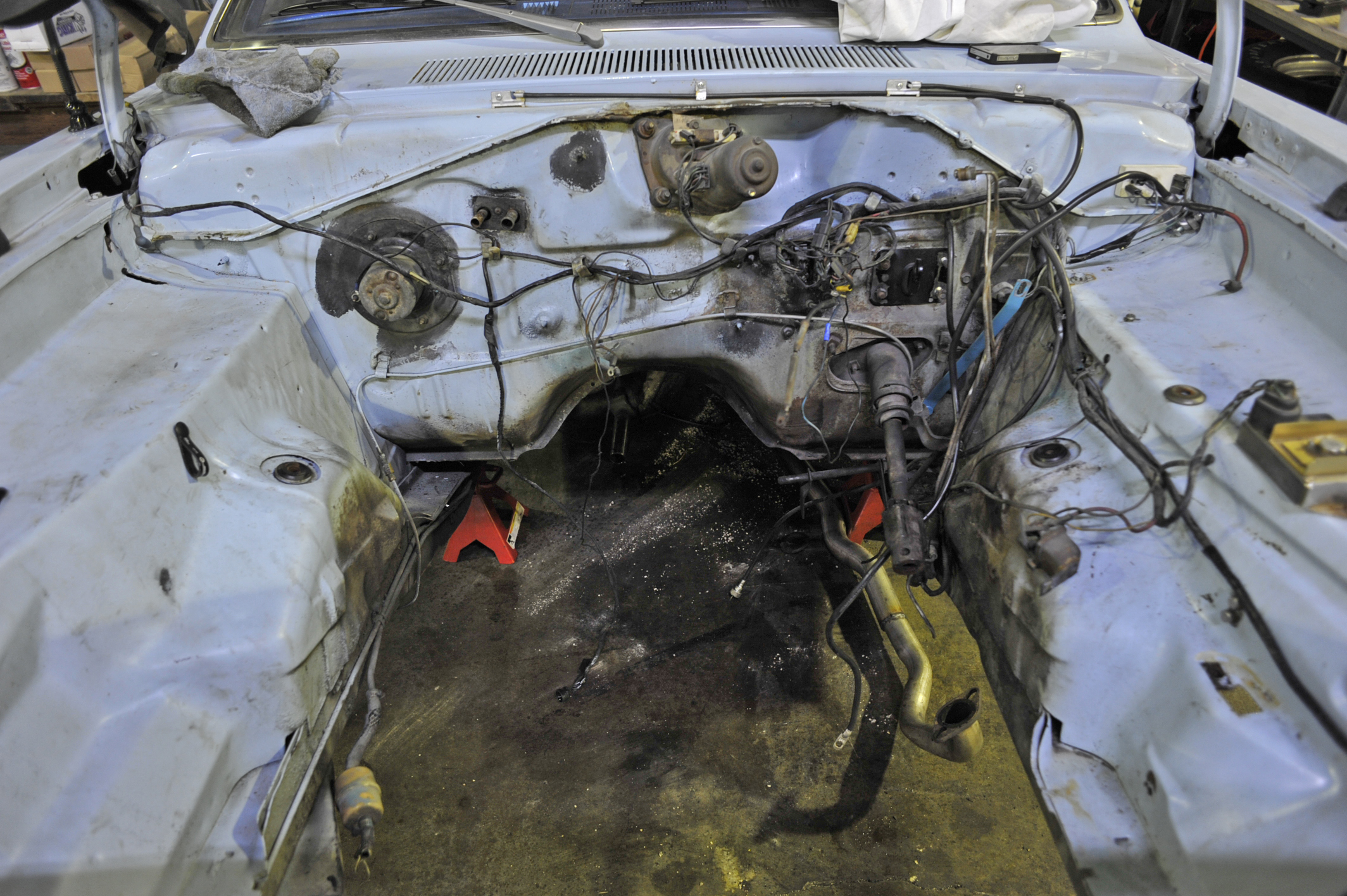 Work on the Duster has officially begun.

I had hoped to get more done but was delayed by some stuck bolts, pins, etc. With those annoyances out of the way, I’m optimistic that the next session will involve dropping the K-frame and pulling the engine and transmission followed by initial Hemi fitment. Should be fun.

If you’ve been following Jim and Michel’s ’68 Camaro project you probably saw Jim’s nifty time-lapse film of their work. I like the idea so I stole it. While the merits of each film can be debated, I guarantee mine has more dogs and guns!

See you next time!

Are you done yet?

Not all of us are prancing around in Cali, Jim. Filthy one per-center. We’ll get this shit done in the Midwest just as soon as we get around to it and you will be dazzled.

Best part of this video is guys just sitting in chairs watching your activity. I think they’re making fun of you.

I KNOW they were making fun of me.