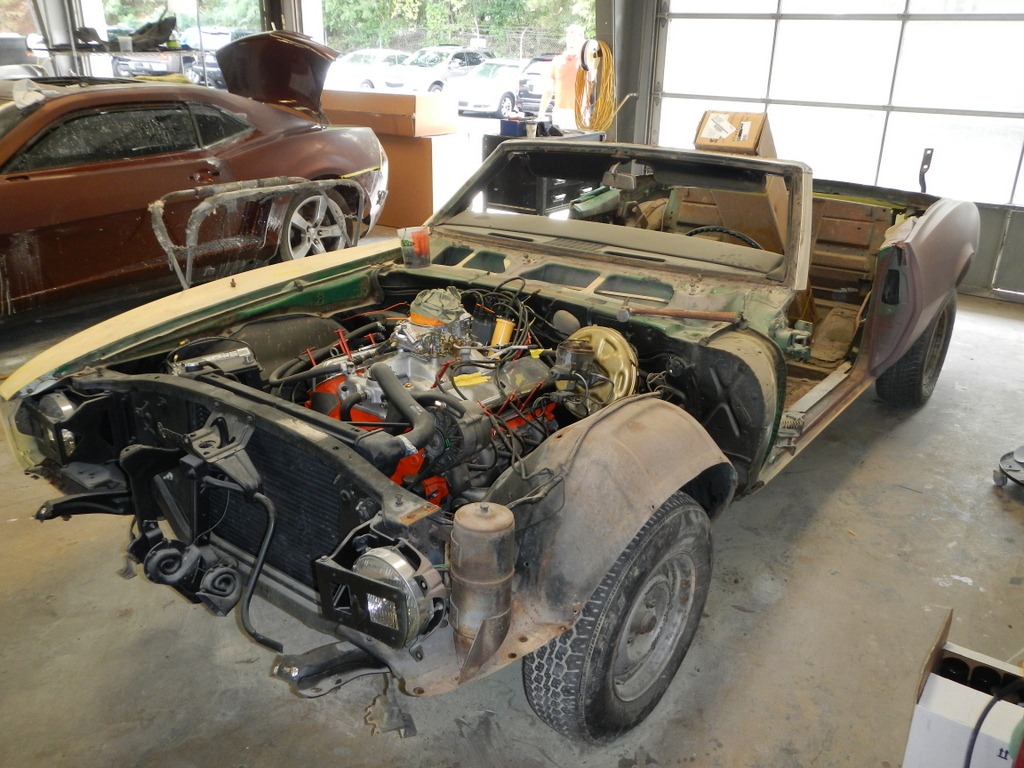 Well, intrepid followers of fashion, I’m sure you’re all checking here daily waiting for the latest installment of The Camaro Chronicles. When last we left our intrepid adventurers, the car was running, and had at least displayed a bare interest in moving under its own power.

Some work on the braking system followed, proving pretty fruitless. The lines appear to be pretty well gunked up (technical term,) a condition I attribute to whatever moron had the system opened up for who-knows-how-long.

Reminder; before Michel bought this car, it belonged to a guy that had, oh, 10 Camaros? He bought it from someone else that had started a “restoration” probably 10 years prior. So for some part of that time the brake system sat open, with no master cylinder attached. El Geniuso the master mechanic, obviously aware of the hygroscopic nature of brake fluid, used this trait to introduce some sweet patina (rust) to the INSIDE of the brake lines. I’m sure this was on purpose. I’m sure of it. Why else would you do this? Why else would you, oh, not drain the system and flush it with some brake cleaner, a task that might take 10 minutes? Or maybe just plug the ends of the lines dangling in the engine compartment to keep moisture out?

Sigh. Whatever. We aren’t using any of that system anyhow, but it might have been nice to have a little tootle around the driveway before THIS happened: 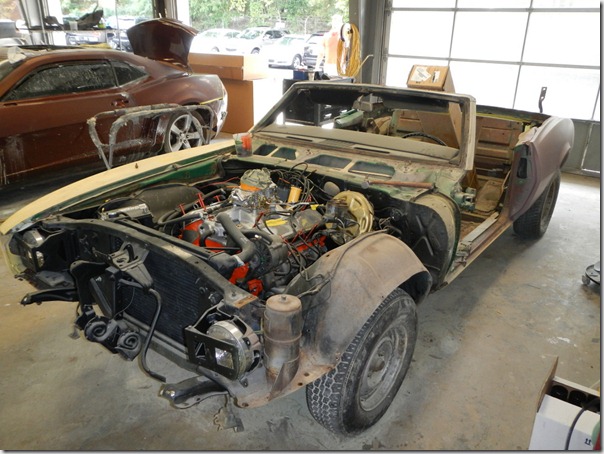 That’s right, the car fell apart. Doors flew off, trunk shot off into the air, and that fender is somewhere in space, currently. It was like a scene out of Smokey and the Bandit III, except without Jackie Gleason, but with the embarrassingly brief but oh-so-kind to friend Jerry Reed cameo by Burt Reynolds. That’s him over there, with the moustache.

So, you’ve probably figured out what’s going on here. The Camaro has moved on to the phase of “make it look nice,” getting the bodywork straightened out, and some paint shot on. This is of course slightly more involved than originally hoped, but it’s all good. 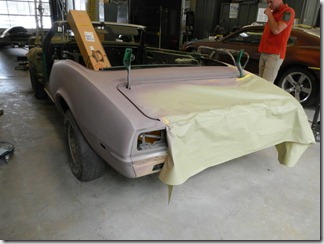 Here we have the left rear quarter, looking pretty straight stripped of paint and shot with some primer to keep it covered up. A few dings, but nothing bad. One small area was showing some rust, so it’s been cut out and will be patched back. 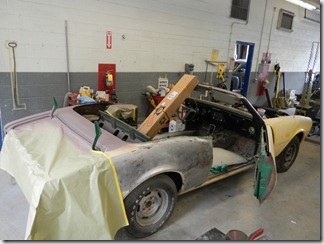 The right quarter isn’t as good. That’s where we knew there was an old accident repair, and the work behind the filler isn’t great. This will get a new panel, and that will also probably include a new tail panel, too, as it’s obvious that part got a couple of minor love taps over the years.

Other than that, it’s a new hood and trunk lid, some POR 15 on the floor pans to keep the rust away, and we’ll be off to the races. Watch this space for more updates – the car is promised back to us for September 28th.

Anyone care to wager on that?

What an awesome read!………and ride!