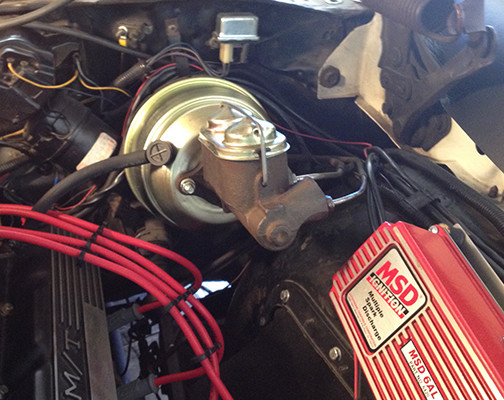 Post # 8 – Pieces, Parts, and Stuff… Chipping Away at Various Chores.

As indicated in Post #7, I was expecting arrival of various engine components for my 455.  the end of February marked my receiving cylinder heads and related fasteners, intake manifold, and cam.  All can be categorized as critical components in the chain of performance enhancements.  I really dig all the cool stuff and hence, took time to photograph the welcome arrivals… 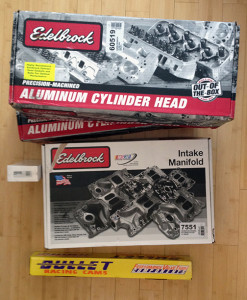 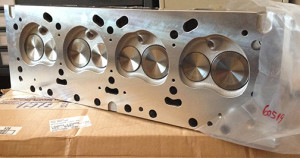 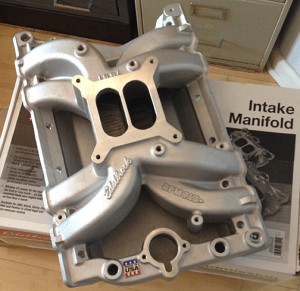 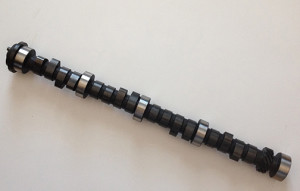 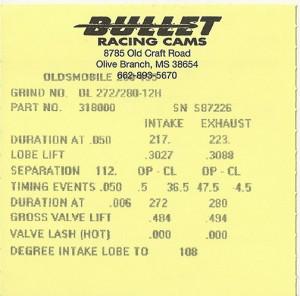 The cam card… lift and duration numbers to get the job done.

I ran all these goodies down to my pal, Danny in San Antonio.  He will subsequently work his magic with assembly and such.  On more than one occasion Danny has indicated to me this will be a great motor…  a vote of confidence from a dude who knows his Oldsmobile performance.  It is with great anticipation I look forward to thrashing this power plant.

Shortly after my journey to San Antonio, I ventured up to Dallas, to pick up my transmission, torque converter, and an extra 455 engine block (future project.)  These items have been placed with care in my garage, each awaiting their respective purpose. 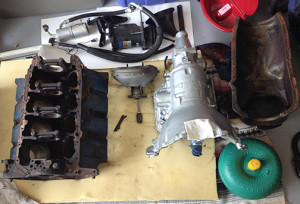 Transmission and torque converter for PROJECT BEDLAM, along with various incoming and outgoing parts.

The former two shall transfer power in PROJECT BEDLAM.  The latter’s specific fate shall be determined in time.  The observant eye recognizes a Morraine brake booster in the photo above.  This was removed to make way for its replacement, an 8″ booster, which will give the new big block and me some more elbow room.  Also in this photo is some discarded AC stuff.  The old system is being removed to make way for a modern and vastly improved set up from Vintage Air.  The new climate control will be a welcome addition and will also serve to further deplete my finances.

Ultimately the stopping power at the front of this car will be courtesy of a Wilwood disc brake conversion kit for GM A-bodies originally equipped with drums at the corners.  The new brake booster (Right Stuff Detailing, from Summit Racing) will provide the vacuum assist for the time being – and for the conversion as well.  Replacing the booster was relatively painless and a prudent move, as related to providing some open space.  The photos below help illustrate the conversion… 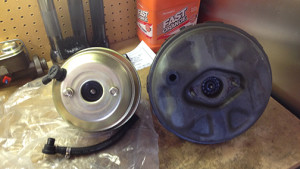 A side-by-side comparison, showing the obvious difference in diameter. 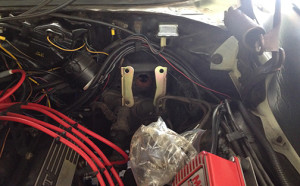 Mounting brackets bolted right up, where the old Morraine booster once resided. 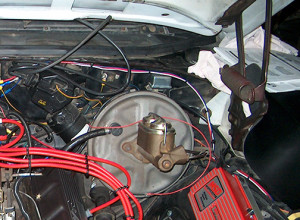 The Morraine booster, before removal. 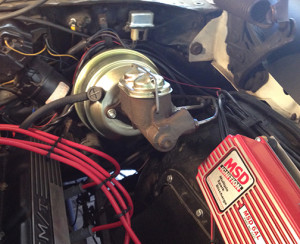 The conversion to disc brakes will include replacing the master cylinder and proportioning valve.  Both items will be specific to having front disc brakes.  This car will be quick.  This car will stop quickly, which will be nice. 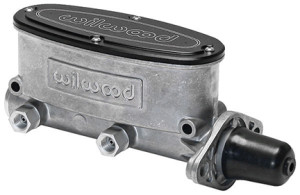 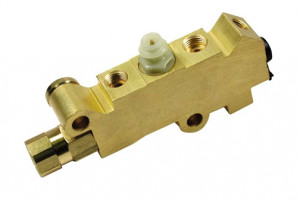 The master cylinder and proportioning valve, from Wilwood and Right Stuff Detailing, respectively.

So…  Things are rolling along on PROJECT BEDLAM.  I have ordered my roller-tip rocker arms from Harland Sharp…  Their 1.7 lift and added duration will facilitate very efficient exhaust evacuation, allowing for maximum efficiency / breathing from the heads.  Adding to the air moving equation, I will utilize a pair of Hooker Super Competition headers.  Ceramic coated beauties with 1 7/8″ primary tubes.  A relatively costly component in the exhaust system but critical do doing this right the first time. 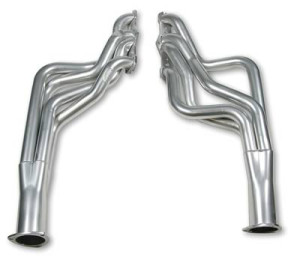 These beastly headers will resonate through a set of 40 series Flowmasters.  An aggressive calling card.

Well…  I have a bunch of stuff to do the next two months.  Reports shall be rendered as PROJECT BEDLAM moves forward.  I am, without a doubt anxious and nervous.  This is some fun shit, made more so by the early June deadline.  Back to the garage…

Progress? I think so.

Looks like things are coming along nicely. Looking forward to seeing/hearing the olds.

Bill… Nicely, indeed. It’s crunch time. Looking forward to having you see and hear the Olds!