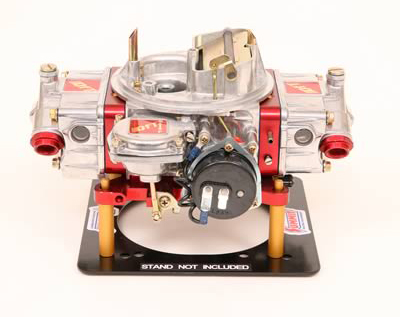 Well…  Lots of things can change in a month’s time.  As machine work continued on my short block, it was discovered the honing on the .030 cylinder bore was not enough to eradicate the imperfections.  To some, this would not be an issue…  “I don’t mind – it’s just a tiny bit of rust pitting…  it won’t really affect the engine’s performance”  To those of us involved in PROJECT BEDLAM this discovery is an opportunity to step up and do the right thing.  The right thing is .010 more on the bore…  Result:  .040 bore.  After .040 bore and decking the block, the displacement is 468.  The resulting geometric configuration means new pistons.  New pistons means higher compression.  Larger displacement, new pistons, and 9.5:1 compression means a new cam.  Yes…  a new cam.  Though I just had a cam custom ground by BULLET, it will be sold to a dude building a slightly milder engine.  I have upgraded to a CROWER cam with a bit more duration…  This will, among other things, help alleviate static pressure in the cylinders, enhancing flow and realizing the potential of the build’s components.  A wee bit of rust set the cogs in motion to change the final product from an engine I hoped would make HP numbers approaching 400, to an engine which will likely make 450 HP, all the while maintaining its ability to hammer along on the highway.  One does not skimp whilst playing this game.

I have been notified my rear end will soon ship.  A recap on the rear end:  3.42 Limited Slip…  complete re-build, brakes included.  This set-up will prove to be a good choice at the drag strip.  The aforementioned engine changes result in my car requiring premium / 93 octane fuel.  The term, “egregious” was recently used by a pal, to describe my pending fuel bill for Power Tour…  I have made the executive decision to postpone installation of the bad-ass rear end until I have returned from the tour.  The result will be lower RPMs on the highway and a conservative break-in for my new engine…  My stock 2.73 / open carrier rear end will perform its swan song driven by beastly HP numbers…  I’ll need to behave.  Meaningful time slips will have to wait until later.  I may – or may not have time to upgrade  my front drum brakes to the Wilwood discs I previously mentioned.  450 HP and drum brakes at all four corners is suicide, if one intends to haul ass.  Somehow I am not disappointed…  I see this as another message from the Gods of speed, telling me to tread lightly for a while.  I’m cool with that.  Power Tour is about hooking up with pals, to enjoy a week of driving beasts, admiring each other’s handy work and sharing tales of the same…  We all have our tales of woe and things we should’ve and could’ve done.  Spending serious cash, knowing when to pull in the reins, cutting our losses, and making the June 7 Power Tour start…  All part of the journey.

I drove down to Danny’s this past Friday, to deliver more parts for the build and hang out for the afternoon.  We talked Oldsmobiles – his and mine – and what the future holds.  I headed back home, completing what was likely one of the last cruises for the tired, ol’ 350.  Very soon I will pull the current engine and transmission combo, to ready the engine bay for Danny’s handy work.  While tidying up the latter, I’ll drop the fuel tank.  forty two years of gum and rust have rendered the sending unit worthless.  The tank needs to go.  I have a new tank and sending unit, which I will install this week…  I will replace the old rubber fuel lines too – they aren’t fond of ethanol and should be replaced, anyway.  Danny plans to have my engine ready for me to pick up May 4.  Two weeks after that I’m hoping to be involved in install weekend.  Roughly three weeks thereafter I depart for Charlotte.  I cannot claim to be Charles Lindbergh, nor do I have a clue as to his Atlantic crossing pre-flight anxiety.  I do, however have a case of the nerves…  I like the challenge and the accompanying sense of urgency.  Here is the abyss I face:

Round trip – Approximately 4,000 miles… Click to enjoy at a larger size!

I have a bunch of boxes filled with parts for the build…  They all arrived within the past couple weeks.  These goodies will go on the engine once it is hoisted and set into place.  Headers (first set arrived damaged, new ones already here), starter, dipsticks, fan, fan clutch, distributor, fuel pump, and a beautiful, 780 cfm QuickFuel carburetor: 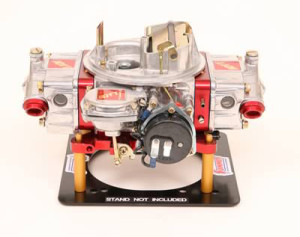 Post # 8 - Pieces, Parts, and Stuff... Chipping Away at Various Chores.

Fantastico! How exciting. I think you’re making some smart decisions, dialing back the scope of the project to ensure completion in time for The Big Event. But boy, those front discs would be pretty nice to have, and shouldn’t be too bad a swap?

Jim… Indeed! That’s the aim. As for the front discs… A rather painless swap… gonna be a matter of available time and money… we’ll see. Stay tuned, bruthuh!