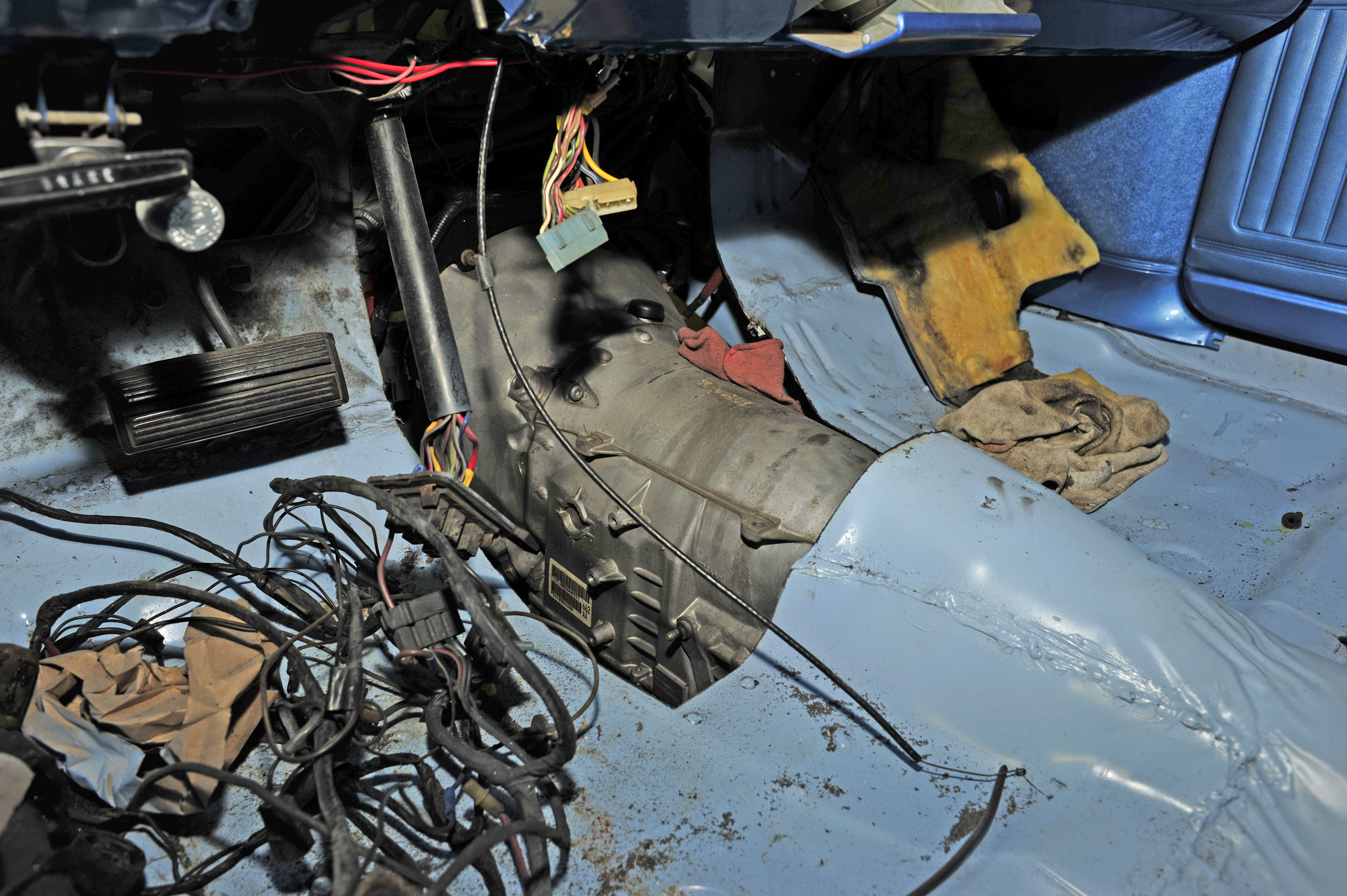 There’s a Very Large Hole in My Car. 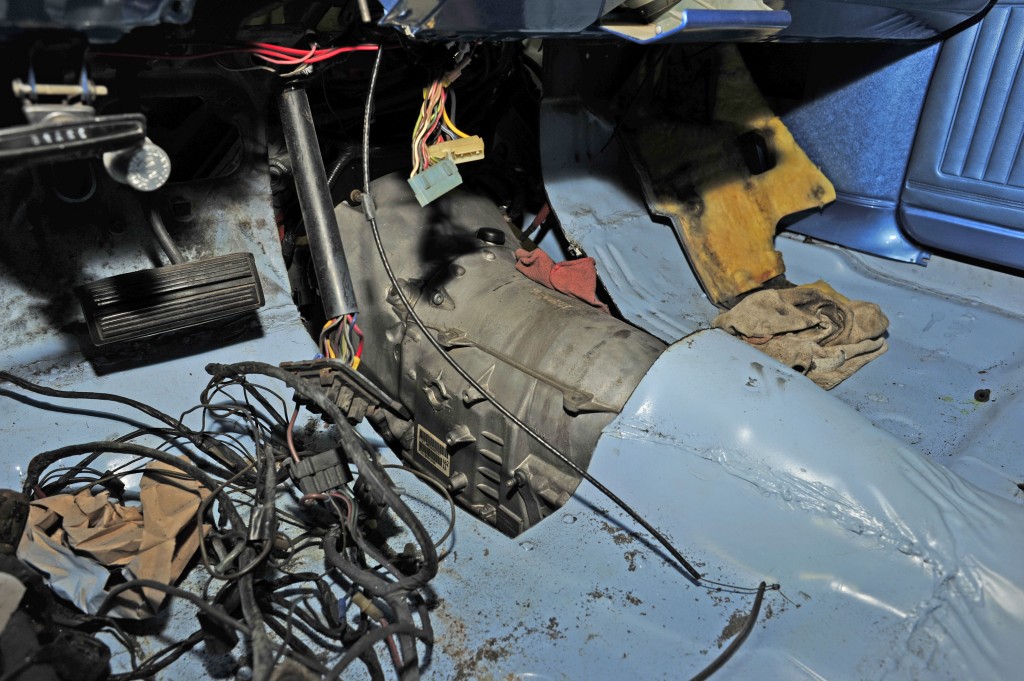 Aw, geez. Now what have I done?

Jim says it’s a sign of progress. He’s right, but having never cut a hole into a car before this phase of the project made me nervous. I’ve learned the best way to overcome a case of the nerves is to spring into action. So I did. And I may have gotten a little carried away. What the hell, go big or go home.

With all that pesky sheet metal out of the way there is plenty of breathing room for the fat, stubby NAG1 transmission with one exception. The original transmission mount bolts to a crossmember which arcs over the top of the tranny. The NAG1 housing makes contact with the top of that crossmember arc. It looks to me that the crossmember can be cut into and then welded up rather than cut out and completely redone. But I don’t know. The time has come to meet with my fabricator to plan his contributions to Project Hemi Duster. I’m confident they will be expensive. Maybe I should learn to weld. 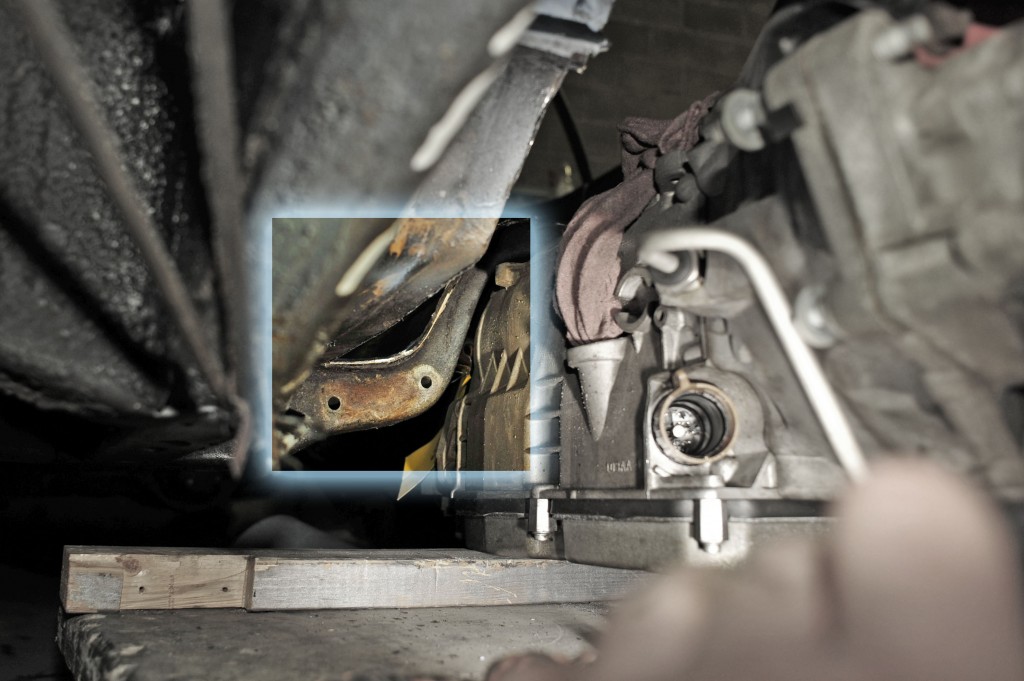 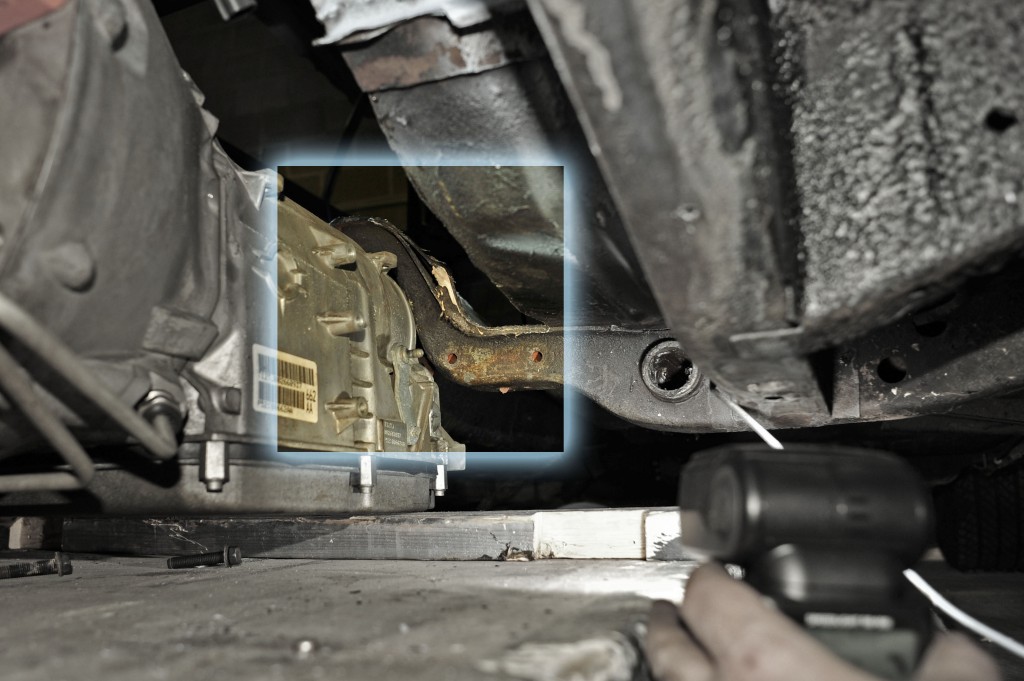 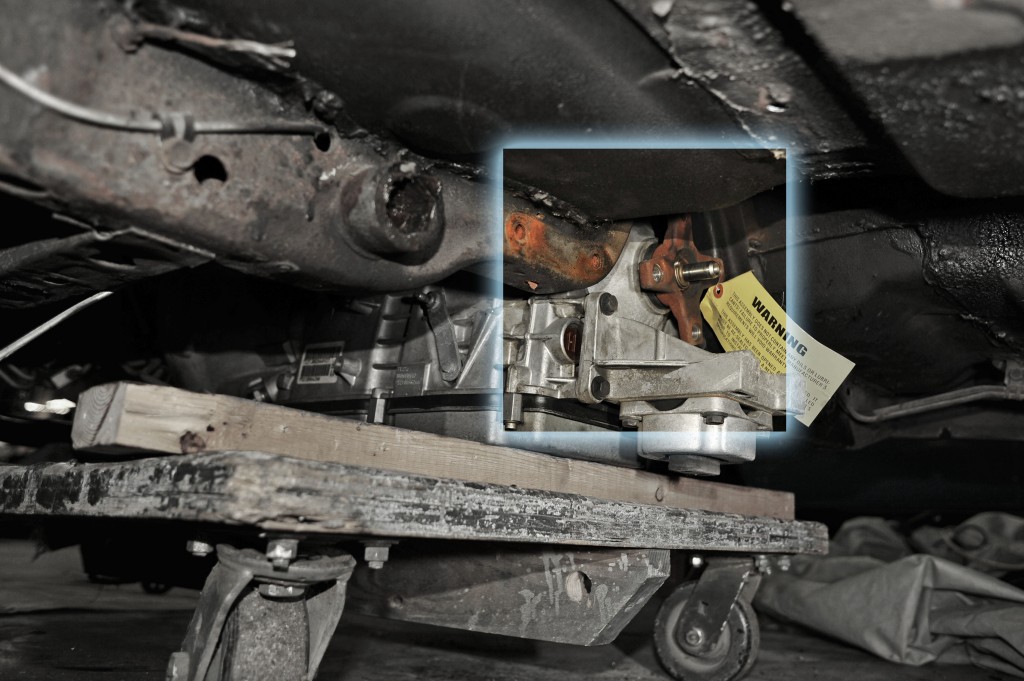 My initial plan was to get the front end of the car finished before handing it over to the fabricator to weld up various rear suspension bits, subframe connectors, and a new transmission mount. This crossmember issue is casting doubt on that plan since I can’t imagine he’ll be able to reach it with the drivetrain in the car. I suppose I could just cut the top off and have him rebuild it to clear the transmission housing. I’m confident a solution will devised.

Here’s a short film of me chopping up the Duster. It’s not for the squeamish.